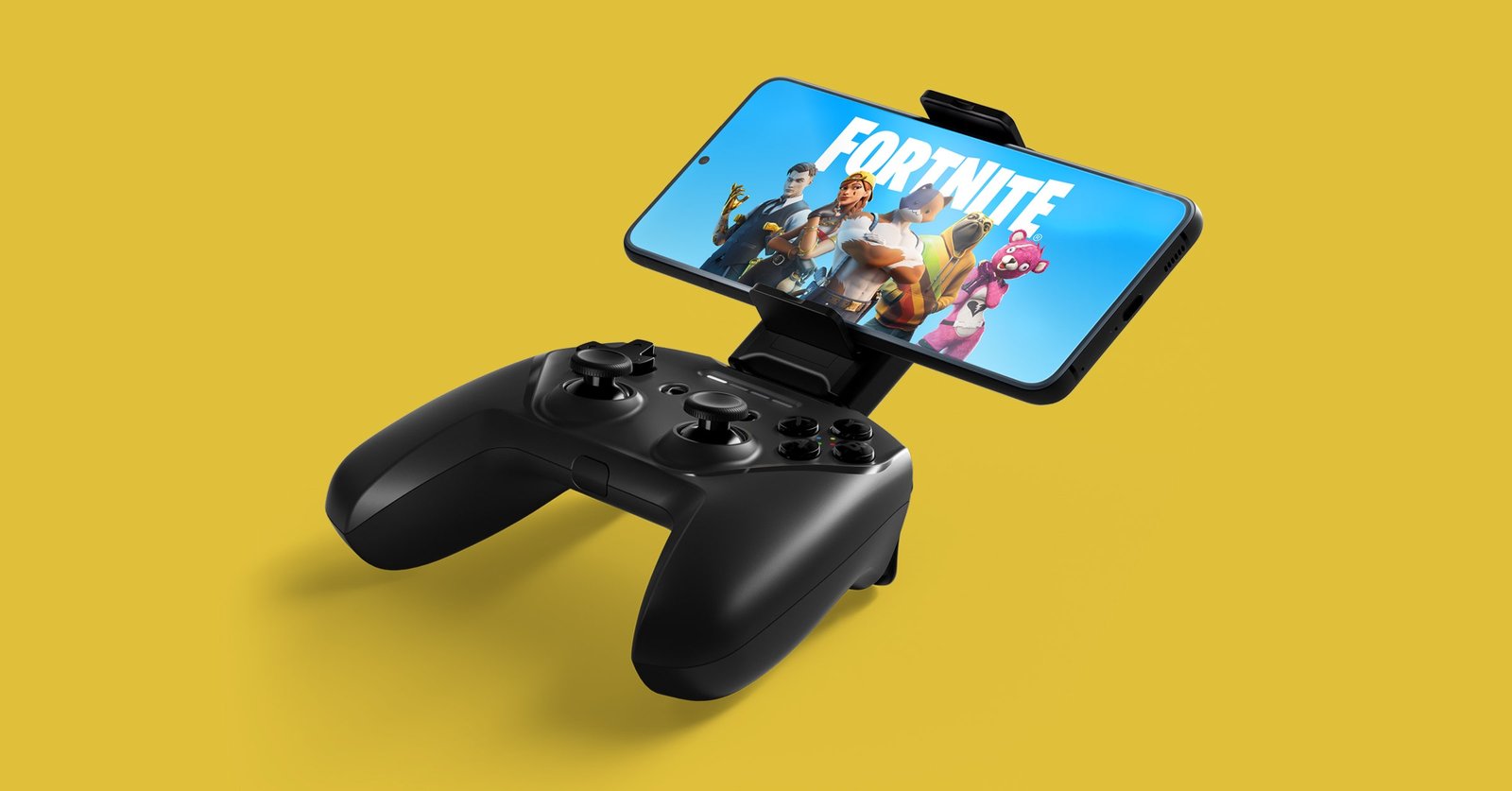 Ideal for Xbox Remote Play, this controller will feel instantly familiar to Xbox owners, and even has an Xbox button in the center, just like the official model. It’s much lighter, but there are solid Xbox standard buttons, grippy thumbsticks and a pair of programmable nudges on the back. The only disappointment is the cakey D-pad and lack of haptics. The design of the clip is smart, with two adjustable joints and a cradle that expands to fit most phones. It even has minimal forked prongs that avoid the power or volume buttons on the side of the phone. The connection to the phone can be chosen via cable or Bluetooth.

With a 3000mAh rechargeable battery inside, the Moga XP-5 X has a long battery life and can even double as a portable battery. It charges via a MicroUSB port on the top, and there’s a USB-A port that can be used to connect a cable to the phone’s USB-C port (the supplied cable works for both). Interestingly, there’s no Xbox support, so you can stream Xbox games from your console to your phone with Remote Play, but you can’t play games on the Xbox itself with this controller.

★ Update the selection: The PowerA Moga XP7-X Plus ($100) offers everything the XP-5 X does, but you can also remove the center kickstand to slide it into your phone (my Pixel 6 Pro fits just fine). It’s sturdy, offers plenty of buttons (only a screenshot button is missing), and can charge your phone wirelessly. But it’s expensive, has a MicroUSB port when I prefer USB-C, and only a 2,000mAh battery, so stick with the XP-5 X unless you really want the spring-loaded cradle to fit your phone.