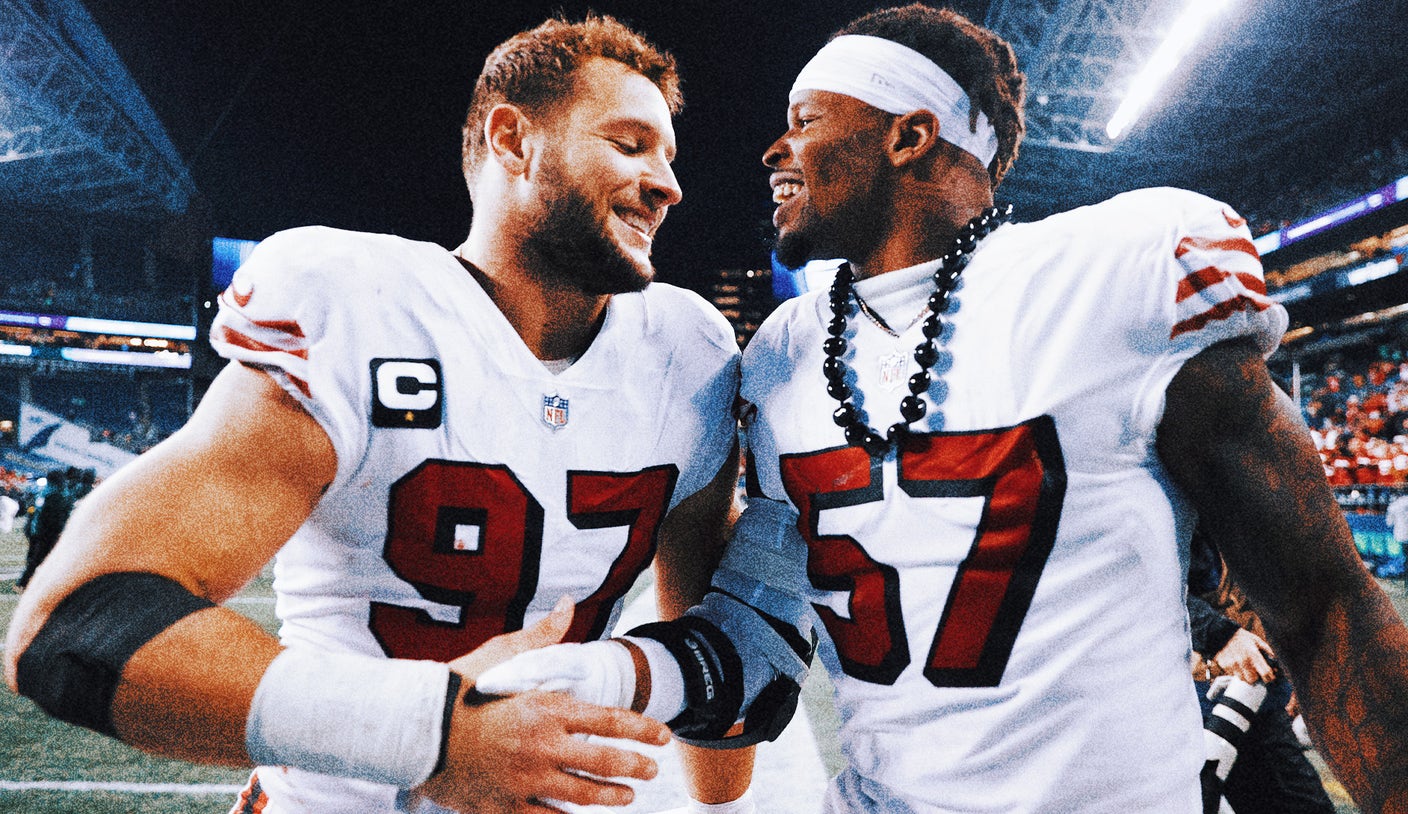 SEATTLE – Fred Warner has been in this place before. This time, he noted, he made sure to enjoy the moment.

Three years ago, the San Francisco 49ers won the NFC West in primetime at Lumen Field before advancing to the Super Bowl.

So it’s fitting that Warner and a similarly constructed 49ers team with title aspirations once again clinched the division by going on the road and taking care of the Seattle Seahawks 21-13 on Thursday Night Football.

“To know that we got it this way, in this atmosphere again, means the world,” Warner said. “It was a complete team win. We needed everyone and I’m very proud of our group.”

Under siege from the star linebacker and the rest of the Niners defense all night, the Seahawks mustered just 277 yards of total offense. They didn’t get into the red zone until late in the fourth quarter and went 4-for-13 on third down. They also couldn’t protect quarterback Geno Smith, who had three sacks, was hit another six times and averaged just 4.4 yards per pass.

For the 49ers, it was yet another demonstration on a national stage that they have perhaps the best defense in the league.

San Francisco has clinched the division sooner than in its previous two instances (2019 and 2012), both of which resulted in Super Bowl appearances. The club is also just a half-game behind the Vikings for the NFC’s second seed. Just as important, the win showed that even with rookie quarterback Brock Purdy filling in for the injured Jimmy Garoppolo, the 49ers are still a legitimate threat to win the title.

Playing just four days after suffering oblique and rib injuries, Purdy did not throw in practice this week, testing his health only with a few pitches during the team hotel visit Thursday and in pregame warmups .

“I was rehabbing myself and last night I was hurting,” San Francisco defensive lineman Arik Armstead said of Purdy. “And today, to pull it off and have that kind of performance, it shows how tough he is and it shows his character.”

Warner added, “I didn’t really have to tell him anything. Sometimes, you see a rookie quarterback, or a rookie in general, and you go up to him and let him know, ‘Hey, I got your back “. But I haven’t really felt the need to do this to him, because I know what Brock is made of. And I know he’s ready to go.”

The Iowa State product did not appear to be affected by the injury. Purdy played calmly in his first road contest as a pro completing his first 10 passes. He finished 17-for-26 for 217 yards with two touchdown passes and no interceptions, with a 117.0 passer rating.

Purdy’s effort included converting a third-and-1 from the San Francisco 34-yard line with 2:42 remaining and the game in the balance. The savvy QB rolled to his right out of play action and scrambled for a first down, sliding inside to move the chains and keep the clock running. Jordan Mason soon sealed the victory with a 55-yard run that allowed the Niners to kneel the ball.

“He’s definitely the most balanced rookie [quarterback] I’ve ever had it,” coach Kyle Shanahan said of Purdy. “He’s been that way since he got here.”

It’s still just 12 days since Purdy relieved Garoppolo and led the Niners over the Dolphins in the first extended action of his young career. Last Sunday, he made his debut and outplayed Tom Brady on a breakaway against the Buccaneers. On Thursday, he picked up his first road win in one of football’s most hostile environments against the NFC West crown-rival Seahawks.

A great entry into the NFL for Mr. Irrelevant, right?

“It’s special and everything,” Purdy said. “But I’m honestly just another component, another piece of this team, as far as a guy that comes in and does what’s asked of him. I’m the quarterback. I have to make decisions. I trust how the coaches are teaching me. every week. I’m just trying to get the balls off the guys in time.”

San Francisco improved to 10-4 with the win, the team’s seventh straight, while the Seahawks fell to 7-7 on the year and are currently out of playoff contention.

Nick Bosa recorded three QB hits and a sack, upping his total to 15.5 on the season and matching his career high from last year. He becomes the first 49er with multiple 15-sack seasons since the stat became official in 1982.

Cornerback Charvarius Ward scooped up the fumble and returned it 40 yards to the Seattle 6-yard line. Two plays later, Christian McCaffrey plunged in from one yard out for the touchdown, giving the Niners a 14-3 cushion at halftime.

McCaffrey finished with 138 rushing yards, including 108 on the ground on 26 carries.

The first TD came on a fake double-screen pass called “Hollywood” that left Kittle wide open for the game’s opening score. The former All-Pro would find dirt again early in the second half, this time on a 54-yard run and catch where he was the final read of the play, according to Shanahan. That gave San Francisco a 21-3 lead. It briefly looked like 28-3 after a pick-6, only for Bosa to be called for a controversial pass rush that nullified the defensive score.

Seattle had its fair share of penalties and missed opportunities that contributed to its fate. DK Metcalf was called for offensive pass interference that negated a big play. The Pro Bowl wideout was also marked for mockery. Quandre Diggs dropped an interception at midfield on a rare mistake by Purdy. The Seahawks were charged with eight penalties accepted for 79 yards.

Ward did a nice job bottling up Metcalf before leaving the game late for a concussion evaluation. (The CB cleared protocol but did not return.) Metcalf totaled seven receptions for 55 yards. Veteran wide receiver Tyler Lockett suffered a broken finger that could sideline him for the remainder of what has been another stellar season.

The Seahawks will be done in three weeks if they don’t quickly right the ship on both sides of the ball.