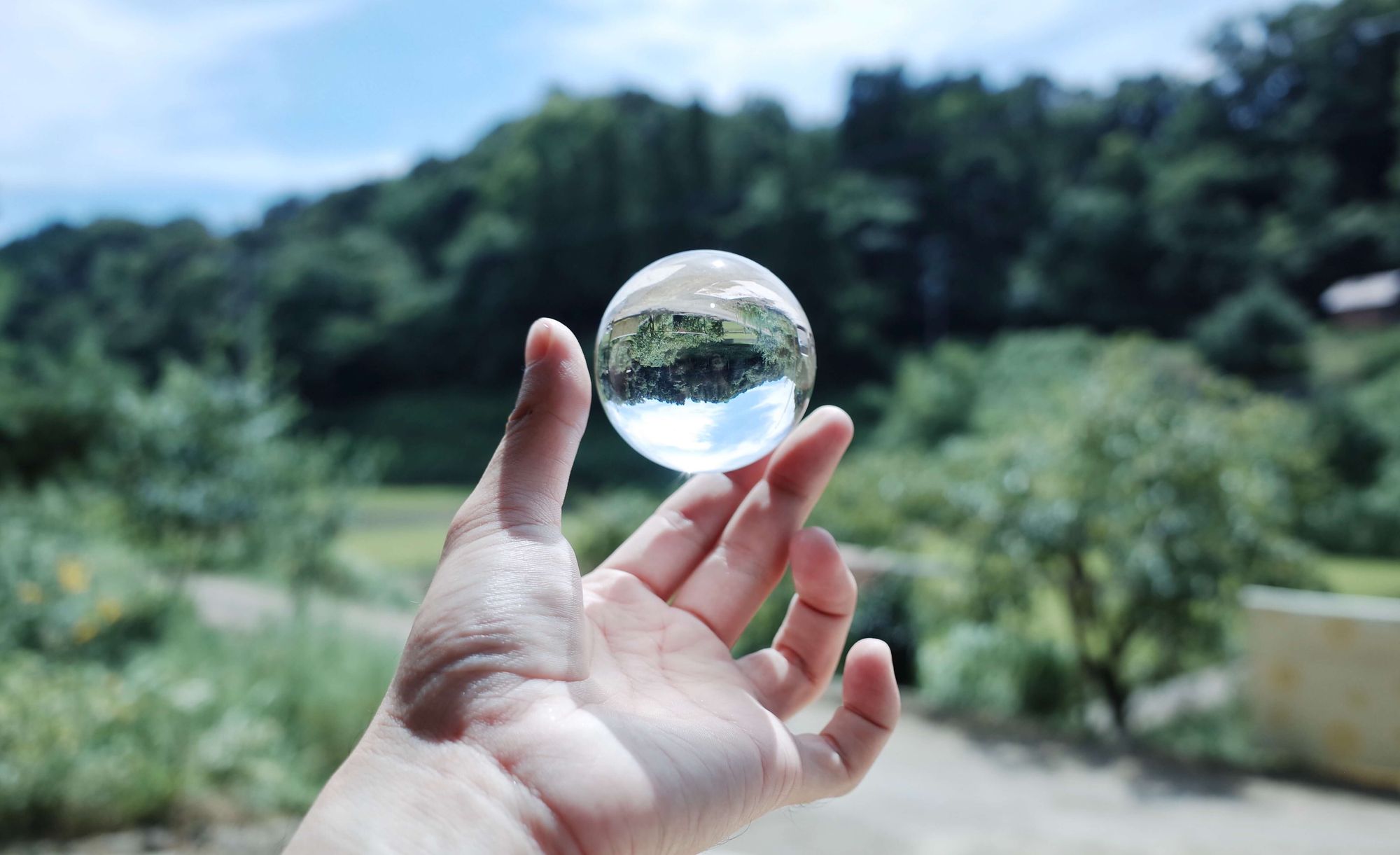 If there’s one thing we like to check at the end and beginning of the year, it’s the trends. Who was right or wrong? What did no one see coming? It’s fascinating to witness it all.

Perhaps contrary to my love of trend spotting, the biggest lesson I’ve learned from predictions is that no one can tell the future. We can only make observations based on data and the cultural landscape and cross our fingers.

With that in mind, we, along with the experts, outline what we’ve noticed people are picking up more in the industry and make observations about what the future may hold for social media in 2023.

1. More AI-generated content and accompanying tools to track it

Based on the current trajectory of interest, this is a more obvious prediction, but one that should be made nonetheless.

The end of 2022 was very good for AI with the launch of OpenAI’s ChatGPT. We, and much of the internet, were instantly hooked on the tool and its potential applications. We’ve seen it used to manage and write emails, tweets and, most controversially, to make art.

Mohammed Asaduallah is the CEO of BetterwithBenji, a tax software platform for creators. Expect ChatGPT to generate social posts after being trained with a company’s brand persona. Writer, the AI ​​writing platform, is already pushing a feature that promises to achieve this called CoWrite.

Of course, the danger of increasing the use of AI could lead to more and more mediocre content flooding the Internet. Daniel Sobey-Harker, head of community at Windscribe, predicts that companies will mistakenly believe they can replace writers with AI tools, resulting in a deluge of mediocre content that creates an aversion to long articles in general.

On the other hand, there is a golden opportunity for writers, artists and creators with a unique voice, style and perspective to stand out. Personally, I predict that once the hype wears off, human creativity will be more valuable than ever. After all, AI is not trained on AI-created content, but on human content.

AI will not replace humans, but it can support them. Check out our article on the different AI applications to make the content creation process easier.

The era of the rich and aspirational creator is fading fast, making way for new voices in everyday people. Kasey Bayne, marketing consultant and founder of KBConsulting, predicts that more “regular people” will be able to share their voice, especially in video. Kasey predicts that more people will become creators on TikTok, not in a way that necessarily becomes their full-time gig, but to share and be rewarded for the content they post there.

I want to add to this that more than ever, people want to see other people’s thoughts on the products and services they are considering buying. According to Stackla, 79 percent of people say that user-generated content strongly affects their purchasing decisions. Thus, user-generated content created by these everyday people will be more valuable than ever.

A great existing example of this is Keith Lee, who reviews small, often family-owned restaurants with the same format. Their videos have helped small businesses gain new fans and revenue.

In the same vein, authenticity will be boosted with social media marketing, either with content or influencer marketing, as Karen Okoro, Head of Digital Media at DG Sentinel points out. People are starting to figure out what paid content looks like, so creators will have to push the envelope on how they create.

More brands will realize why their social media team can’t also be their PR team, copywriters, content creators and everything in between, he predicts Kendall Dickiesonsocial media expert and founder of Flexible Creative.

Kendall also predicts that cross-platform social managers will become a thing as brands can be more efficient and focus their attention on one platform. Also, with nuances between platforms, social media managers will want to specialize and become experts on one or two platforms rather than spreading their attention across multiple.

However, that could be wishful thinking at a time of layoffs that disproportionately affect marketing and other functions that are harder to demonstrate their impact on revenue generation. But there may be a solution that can work for everyone: famous social media personalities.

Video content creators who excel in front of the camera will be sought after to create social, video-first content for TikTok and YouTube Shorts. Zaria Parvez, Global Social Media Manager at Duolingo, is a classic example, her work for the company’s social networks and especially TikTok, took the brand to millions of views per post.

In an effort not to overwhelm their teams, user-generated content could come into play. There are signs that more brands are adopting existing creators in their niche to create content for their social networks. Rather than using their product or service and selling their video, these creators don’t necessarily highlight the brand and are more focused on becoming a familiar face and name that consumers can latch on to.

LinkedIn is partnering with DeAndre Brown, a comic creator whose content focuses on Gen-Z in the workplace, helping the brand connect with a new generation.

WhoWhatWear partners with Andrea Cheong, a creator who focuses on fashion sustainability. Andrea has extensive knowledge of the fashion industry and is focused on helping consumers make better purchasing decisions.

5. Creators will focus on building brands through their own platforms

2022 was the year that really brought home to many creators that they don’t own the platforms they build their following on, and anything can happen with something you don’t own. From “Make Instagram Instagram Again,” to Twitter’s takeover, to TikTok’s dalliances with multiple governments—no platform or creator was safe.

Jennifer Reardon, director of communications at AltExchange predicts that creators will become more sophisticated in email marketing and focus more on building their own brand and building their own businesses rather than relying on brand partnerships.

More than ever, creators will need to figure out how to generate revenue outside of social media. Some may turn to newsletters, others to courses, and still others to paid communities.

Take control of your audience with the homepage by directing people to your content.

Paid ads have struggled in recent years with the major ad platforms, Google and Meta, going through fine after fine, restriction after restriction. Users are given more power over how their data is used, so businesses will need to find new ways to reach their audiences.

Corroborating this claim is Duarte Garrido, Global Head of Social Media at Standard Chartered, who says we will see a resurgence of organic content due to the shift from the social graph to the interest graph. Basically, instead of focusing on the interest of individuals, the public will be more interested in general ideas and the communities that foster those ideas. No more following a single influencer as the holy grail, but following communities that can have multiple influencers. Companies that create content with the public’s interests at heart will not have to resort to payment.

An interesting example of this is Bobbie Goods, a small business that makes coloring books. The company’s TikTok attracts thousands of views to cozy and relaxing videos of the founder using her own products or packing orders.

7. Unexpected collaborations between brands and creators

Natalie SportelliThingtesting’s head of content predicts that we’ll see many more creative and unexpected collaborations between companies, celebrities and influencers.

There is already precedent for this, but as brands try to reach audiences that are important to them but haven’t captured, we can see examples of this on both a small and large scale. I can think of two collaborations that belong in any category:

The first is Mr. Beast working with Shopify to go to Antarctica, make a quick ad spot and name a mountain with the brand, all set to a soundtrack by Hans Zimmer. The video of the expedition reached 73 million views in two weeks.

On a smaller scale is Martha Stewart’s collaboration with the Liquid Death water brand. The celebrity chef created a candle in the shape of a carved hand for Halloween. The video has achieved a couple of million views on the brand’s social networks.

From stunts to product launches, collaborations will create a memorable moment for consumers and help all stakeholders reach each other’s audiences.

Use predictions as a guide, not as a certainty

To reiterate, predictions are just assumptions about the state of the world after some time has passed based on what is happening in the present. Avoid the temptation to follow the crowd and take everything on this list with a grain of salt. It’s all important to consider, of course, but it’s more important to have a solid strategy, understand your audience, and create content that serves your brand.

Do you have any ideas about what social media could look like this year? Share them with us on our social networks @buffer!