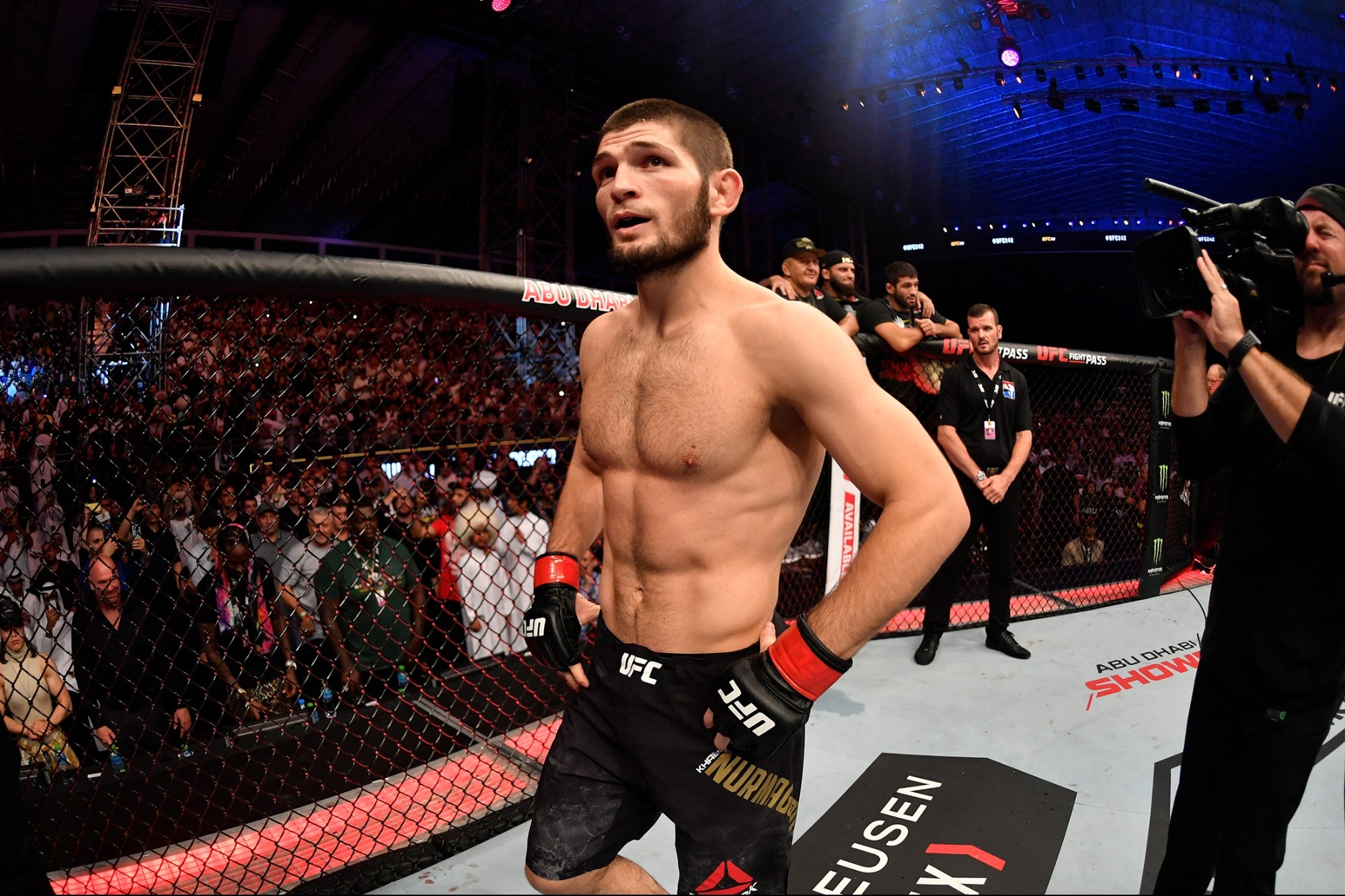 UFC lightweight champion Khabib “The Eagle” Nurmagomedov moved to the other side of the fight business in 2020, starting the EagleFC MMA league. We recently caught up with him to talk about how he’s handling retirement, enduring the silent treatment from Dana White, and what it’s like running his own MMA league.

Related: What to Learn from UFC and Boxing’s Marketing Strategies

Life after the Octagon

Retirement hasn’t been easy for Nurmagomedov, who left the sport undefeated. “Retirement has changed me,” he says. “I train every day between four and five hours a day. The hardest thing is that I feel good when I train.”

As the entrepreneur tasked with building EagleFC against the towering UFC, Nurmagomedov has surprised everyone, including himself, with his business acumen. “I didn’t know if I could be good for business. I thought I was just an athlete, just a fighter,” Nurmagomedov says.

The Eagle finds its wings

But Khabib and EagleFC have experienced success. “God gave me this good energy, and with the relationships I have, I discovered that I can get good deals. I discovered that I’m good at connecting with people since my retirement.”

The Hall of Famer has been described as terrifying and brilliant inside the Octagon. But Khabib isn’t worried about his image. “Honestly, I never think about how I want people to see me as an entrepreneur. I just focus on myself. That’s all.”

His schedule as a businessman hasn’t budged at all since his training regimen has shifted from sweat to marketing and promotional opportunities. “I’m scheduled way in advance. My brain is constantly going, and even when I’m sleeping, I’m thinking about business now. Life has changed since I retired two years ago,” says Khabib.

Business is tougher than the Octagon

While Khabib may have strong opinions in the business world, he is quick to stress that the “American Dream” for immigrants is alive and well. “When I first heard about [concept] American dream, I didn’t understand what he meant. I came to this country in 2000, worked really hard, trained every day, and now I’m a Hall of Famer. The ‘American Dream’ came true for me and my family.”

Khabib continued: “If they [immigrants] whether they come from Russia, Mexico or Africa, it really doesn’t matter. They come to this country to work and work hard. America is a wonderful platform for those who want to work.”

Dana White: A Competitor and a Mentor

Khabib grew up in the mountainous village of Sildi in the Republic of Dagestan. YouTube videos show bears wrestling eagles. Those early experiences served him well inside the Octagon. Dana White once called him the greatest MMA fighter of all time. But since Khabib’s retirement, White has been less than responsive in his correspondence, leaving Khabib to wonder if the silent treatment is intentional. “I think he’s playing with me, but I have to learn from him,” Nurmagomedov says. “Dana White is the greatest promoter of all time; no one is even close.”

White could also be a bit threatened by EagleFC’s success.

EagleFC commands over 1 million viewers per pair) through its free app, FLXCast.

But Nurmagomedov is far from delusional when he talks about the climb to build a league against the current ‘champion’. “I believe us [EagleFC] we need five to seven years to build our brand. Then we can discuss success. We’re just getting started, and this is a business. We need to create content that matters to MMA fans.”

His advice to entrepreneurs

Despite his success both inside and outside the Octagon, Khabib never takes victory for granted. “I was always preparing for a fight,” he says. “I always thought my opponent could beat me, especially if I didn’t train as hard as I knew I could,” he says.

Khabib says a tough mindset is essential. “Hard work is not about someone’s DNA. Hard work is about your mental makeup. There are no 50/50 days. You’re either totally on board, or you’re not. There’s no in between.”

Khabib owns a significant amount of land in his hometown. As business opportunities continue to expand for Nurmagomedov and EagleFC, he admits he has been daydreaming about his land, his vegetable business and when he will return home. “A lot of people around the world know who I am. But inside, I’m still the same, the village guy,” he says. “It will take time for me to fully understand and appreciate how well-known I am.”