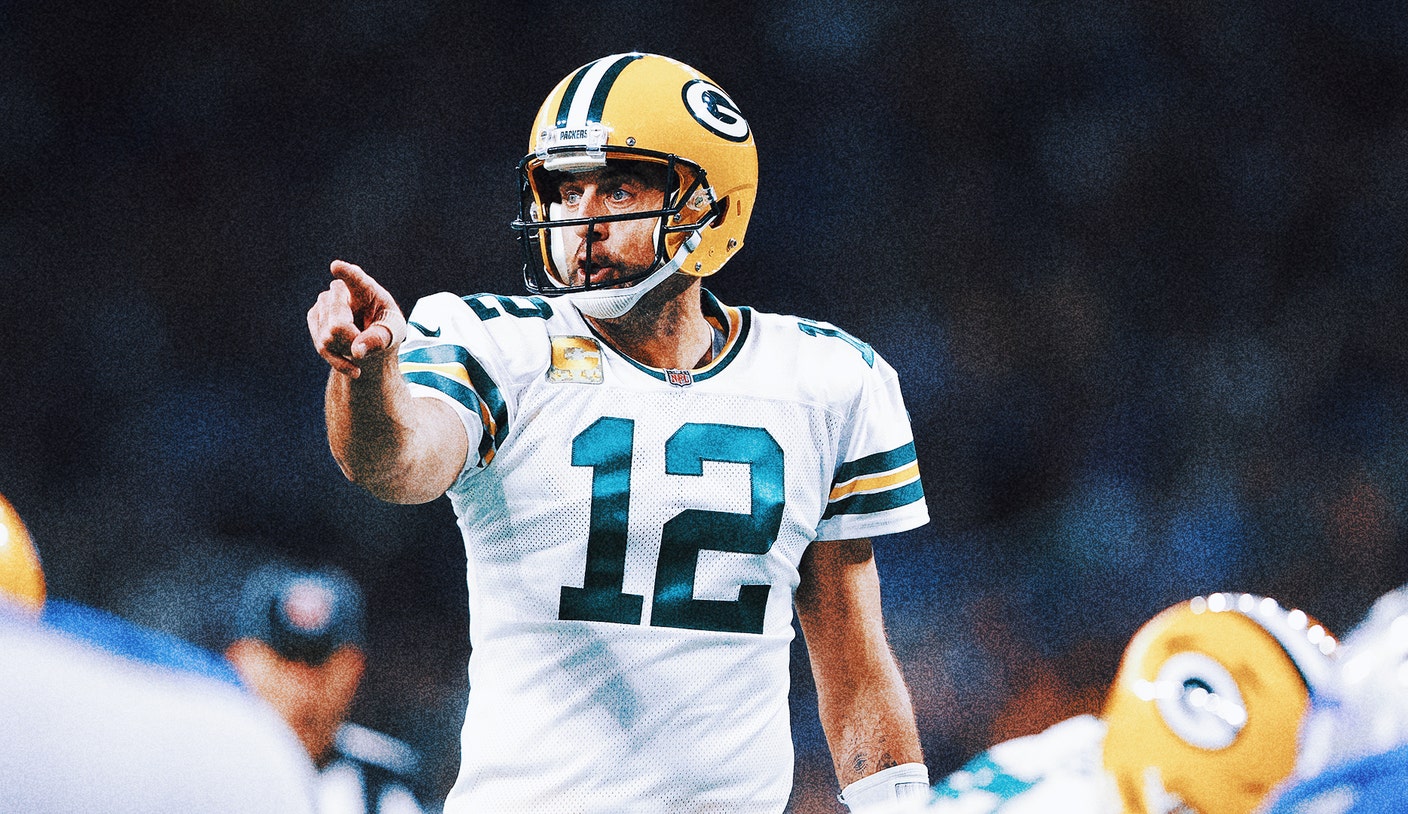 Aaron Rodgers decided to remind the football world exactly who he was on Tuesday.

His Packers are in the midst of one of their worst seasons with him at the helm, and while A-Rod has previously been critical of the young offensive skill players around him, he has done little in the way of self-examination to explain their ills. At least that is, in the public eye.

Rodgers continued that trend this week, telling “The Pat McAfee Show” that he would continue to bet on himself despite Green Bay’s struggles.

“I always believe in myself first, and I put myself first to go out and impact the game and be great,” he said. “I still know I have that in me. I’m still the reigning, defending, two-time MVP. No matter who’s with me, guys want to come to battle, they know where to find me. I’ll be there. The center of that focus, hoping for greatness, trying to inspire the best I can and put it into play.”

The comments weren’t particularly team-centric in nature, and for “Undisputed” co-host Shannon Sharpe, that was a big deal.

“Where was that guy on Sunday?” he asked Wednesday. “Those guys in that huddle who were looking for that guy, who were hoping for greatness, where was that guy? … The Packers are averaging 17 points a game. It’s the fewest since 1992, Brett Favre’s first season. The Lions held the reigning two-time MVP to nine points.

“… The reigning two-time MVP got three wins… If it doesn’t matter…what everyone else does, why the hell did you only get three wins? They got the following three games: Cowboys, Titans and Eagles. That’s not happening. I look beautiful. … I’ll check back in three weeks and see what the record for the two-time reigning MVP is.”

Skip Bayless believed the comments were a form of self-motivation for a big game Sunday against Dallas.

“This guy is built a lot differently than any quarterback,” Bayless said. “I’ve been with him from the beginning: all-time finger-pointer, blame-deflector, master media manipulator… He’s transcendent. [as a thrower of the football], but as a leader, he is the opposite of transcendent. He is transparent is what he is, because he is a fraud as a leader.

“Still, I understand where he’s coming from. I think he sees Sunday’s opponent as the only opponent in the league that he’s owned psychologically and performance-wise.. He’s 2-0 in the postseason against my Dallas Cowboys, and he’s 7. 2 overall… He’s annihilated us and humiliated us, and I think he’s speaking from a position of strength just because he knows the opponent will come back… I respect and fear him because he’s the owner of the Cowboys.”

Bayless, however, was just as critical of Rodgers’ postseason resume.

“But when you say, ‘I’m still the reigning MVP, two-time defending reigning MVP,’ where did that get you in the postseason?” he asked. “Because of all-time in the postseason, football’s transcendent kicker is now 11-10 overall. Since that long, distant Super Bowl run … he’s 7-9 in the postseason … And as you well know, the last two years he was the #1 seed in the conference, and he lost games at home … And he sucked in both games … He invalidated the MVP in both times”.

Get more Green Bay Packers Follow your favorites for information on games, news and more