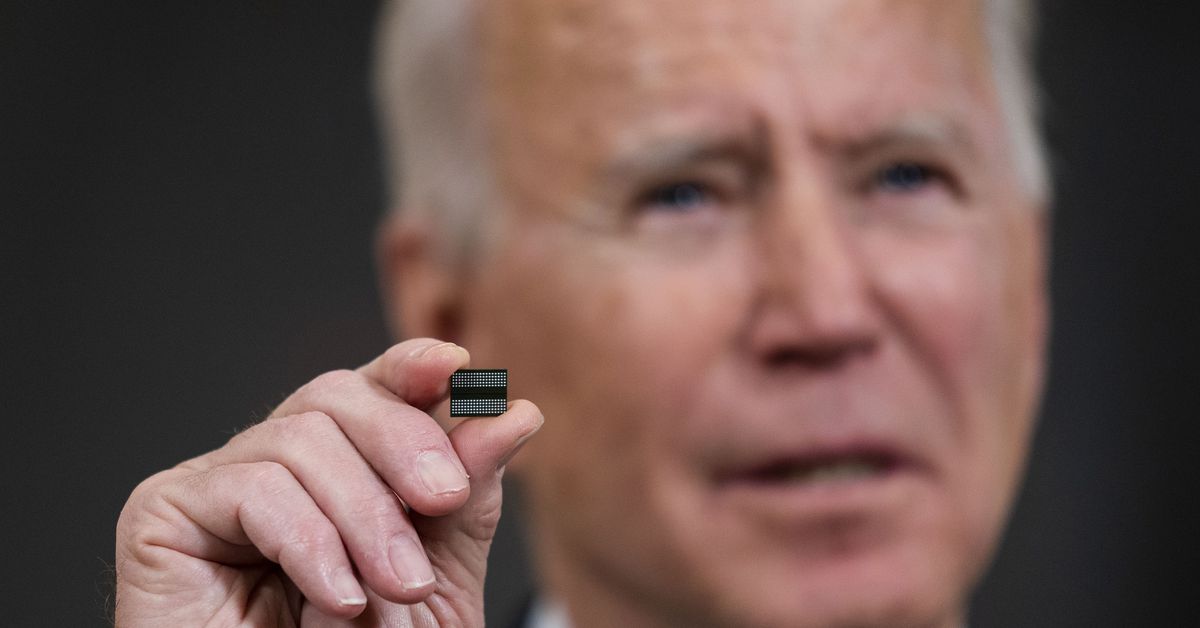 In a 64-33 vote on Wednesday, the Senate finally approved the CHIPS Act, a $52 billion package that aims to boost semiconductor manufacturing in the United States. The House is likely to approve the funding by the end of the week, and President Joe Biden is expected to sign the legislation shortly thereafter. But while its main proponents have connected the CHIPS Act to the ongoing chip shortage, the legislation won’t really help, at least in the short term.

“Semiconductor chips are the building blocks of the modern economy: they power our smartphones and cars,” President Biden said in a tweet before the legislation was formally approved by the Senate. “And for years, manufacturing was shipped overseas. For the sake of American jobs and our economy, we have to make them at home.”

The largest part of the CHIPS Act is a $39 billion fund that will subsidize companies that expand or build new semiconductor manufacturing facilities in the US. The Commerce Department will determine which companies receive the funding, which will be disbursed over five years. More than $10 billion goes to semiconductor research, and there’s also support for workforce development and collaboration with other countries. The bill also includes an extensive investment tax credit that could be worth an additional $24 billion.

It’s been a long journey for the CHIPS Act, which has been renamed the CHIPS and Science Act, or CHIPS+: Democrats originally planned to include support for domestic semiconductor manufacturing within a much broader package which focuses on American competitiveness with China. Sen. Mitch McConnell said Republicans would oppose Democratic plans to use reconciliation to pass the bill, and negotiations between the two parties and between the two chambers ultimately failed to produce a compromise. The CHIPS+ Act was passed only after Congress separated funding for semiconductors from those other measures and after several chipmakers warned they might scale back their plans for new factories in the US. Intel even delayed the opening of its megachip factory in Columbus, Ohio, where the company could invest more than $100 billion over the next decade.

At first glance, the idea of ​​increasing US semiconductor manufacturing seems like it would help deal with the global computer chip supply crisis, which has made it harder to buy everything from cars and laptops to toys sexual and medical devices during the pandemic. Senate Majority Leader Chuck Schumer (D-NY) has even suggested that the funding package could help fight inflation, presumably by making those goods cheaper.

But while it’s certainly fair to call the legislation a victory for bipartisanship, this plan is primarily focused on keeping up with China’s growing investment in its own domestic chip industry, without solving current problems with the technological supply chain. The chip fabs produced by this package won’t be complete for years, and most of the funding won’t necessarily go to core chips, also known as legacy chips, which account for much of the current shortage. And that shortage may be nearing its end anyway.

The CHIPS+ Act is about America

America’s supply of advanced chips, sometimes defined as chips with transistors less than 10 nanometers wide, is the main motivation for passing the CHIPS+ Act. These chips are extremely difficult to manufacture and are also critical to certain types of technology, including weapons that the US military depends on. Right now, almost all of these chips are made in Taiwan and not in the US. This has US officials worried about the possibility that China might try to invade Taiwan and threaten the US supply of advanced chips.

“So if, God forbid, China somehow disrupts our ability to buy these chips from Taiwan, it would really be an absolute crisis in our ability to protect ourselves,” Commerce Secretary Gina warned Raimondo this week.

These advanced chips are a far cry from basic chips that perform simple functions such as power management. Core chips are typically not a high priority for some of the larger chip companies because they don’t have a particularly high profit margin. Still, these chips are necessary components for most electronics, so when consumers originally rushed to buy new technology at the height of the pandemic, there weren’t enough basic chips to meet demand. As a result, there were shortages, delays and price hikes for all kinds of technology, including appliances and cars.

About $2 billion of the global package is specifically earmarked for core chips. The bill also includes a provision that would allow companies that accept CHIPS+ Act funding to manufacture legacy chips in China, but not advanced chips.

Regardless, the new factories funded by the CHIPS+ Act likely won’t produce chips until long after the current shortage ends. Chip factories are large industrial plants that usually take years to design and build before production begins. Semiconductors made at Intel’s planned megafactory in Ohio, which will focus on advanced chips, may not end up in consumer devices until 2026, although the company’s CEO has said the shortage could end sometime by 2024. Other experts have said the shortage will end sooner, possibly next year.

There are already signs that demand for chips is slowing. Although there was an increase in demand for electronics during the first two years of the pandemic, consumers worried about inflation are reducing their purchases. Some chipmakers have said their sales are starting to decline. Device makers are reportedly cutting orders from the world’s largest chipmaker, Taiwan Semiconductor Manufacturing Company, and South Korea’s domestic chip stocks saw their biggest jump since 2018 last June .

Still, American politicians think they are making a long-term bet on American chipmaking. It’s not the first time, as the government funded some of the first semiconductor companies in the mid-20th century. In more recent decades, however, federal support for the US chip industry has declined, while other countries, including China and Japan, have invested heavily in their domestic manufacturing capabilities. Only 12 percent of the world’s chips are made in the U.S. today, compared with 37 percent in 1990, according to the Semiconductor Industry Association, a U.S. semiconductor trade group that lobbied for the CHIPS+ Act.

Not everyone believes that reversing this trend is worth $76 billion. Sen. Bernie Sanders (I-VT) has called the legislation “bribery” and argued that chip companies are, in effect, extorting American taxpayers. Sen. Ron Johnson (R-WI) called the CHIPS+ Act tantamount to “corporate welfare” and suggested imposing tariffs on imported technology. Some Republicans, including Sen. Marco Rubio (R-FL), said the legislation was too soft on China, and U.S. Embassy China officials encouraged some business executives to oppose the legislation, according to a Reuters report.

There are good reasons to believe that the CHIPS+ Act will not be enough to spur a long-term chip renaissance in the US. Other countries, such as China, South Korea and European Union member states, are also ramping up chip manufacturing and investing tens of billions of dollars in the industry.

“This is a very, very good first step,” John Neuffer, CEO of the Semiconductor Industry Association, told Recode. “But as long as the rest of the world has subsidy programs in place, we need some kind of incentive to get closer to what those subsidies are.”

However, it is not clear that there is political will to give even more money to the chip industry. After all, American political leadership took months to craft the CHIPS+ Act stimulus package, and they may not be able to do it again. In that sense, it might be fairer to say that with this latest legislation, America is simply catching up.