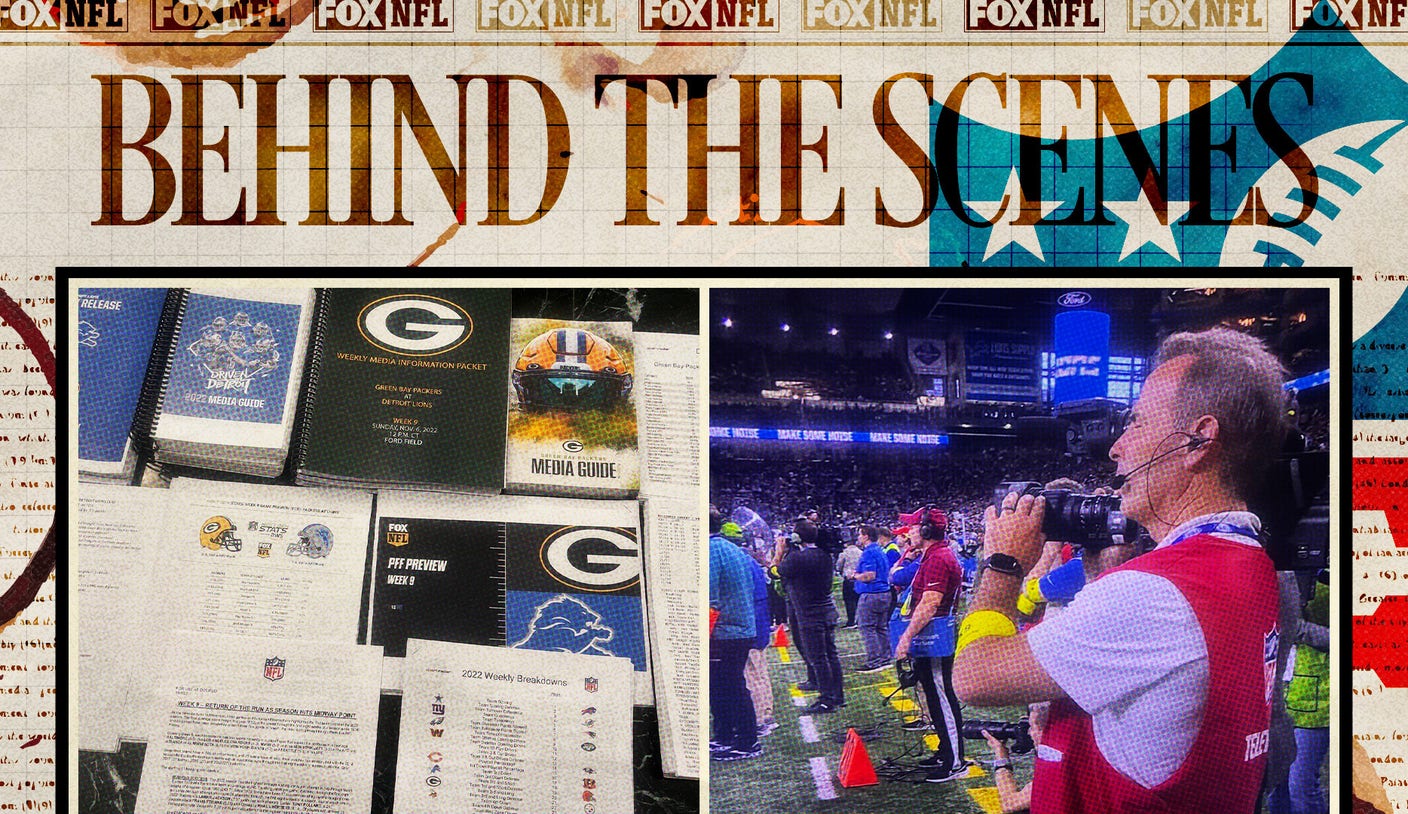 DETROIT: Motown isn’t a frequent stop for our crew. We usually make the trip every other year for Thanksgiving, and that’s usually it.

So a logical place to start this week was pizza.

I am a native New Yorker. I think I know a good pizza. I’m a sauce guy and a crust guy. Don’t even mention that deep dish mess they call pizza in Chicago, it’s not for me.

Years ago, my friend, fellow FOX Sports and Detroit sports historian Larry Lancaster introduced me to Buddy’s Pizza in Detroit.

The production truck had the distinct aroma of Buddy Pizza’s during the trip to Detroit. (Photo courtesy of Richie Zyontz)

Now, Larry is a very nice guy, but I never took him for a gourmand. But look, this pizza is really good.

Served in squares, what we’ve always known as Sicilian style, Buddy’s pizza has a unique flavor, especially the crust.

No trip to the Motor City is complete without a stop at Buddy’s.

We have two native Detroiters on our crew.

Long-suffering Lions fan Willie Holmes grew up on the city’s West Side, rooting for Barry Sanders. Willie joined our crew as a racer in 2006 and worked his way up the technical side to a full-time job.

Our utilities team sets up the remote control – laying cables and equipment throughout the stadium. No matter the task, Willie completes it efficiently and with an ever-present smile. In several Thanksgiving broadcasts from Detroit, we had Willie share that smile with a national television audience and deliver holiday greetings on behalf of our crew.

While Willie was still in elementary school, Don Cornelli was well into his Broadcasting Hall of Fame career as a handheld cameraman.

A native of suburban Sterling Heights, Don has worked every major event in the sports landscape.

With his handheld camera, Don Cornelli has captured the scenes of countless major sporting events, including 26 Super Bowls. (Photo courtesy of Richie Zyontz)

As a handheld camera, Don is constantly moving up and down. He has remarkable instincts for always being in the right place at the right time. Humble even, Don’s enthusiasm and dedication to work are just a few of his Hall of Fame qualities.

And best of all, Willie and Don love Buddy’s Pizza.

Our crew had yet to cover a Detroit Lions game this season before Sunday’s visit from the Packers, so our week turned into a crash course.

In addition to watching the televised copy of Detroit’s game last week and reading the daily clips from all the online outlets, we get material from a variety of sources. Our awesome researcher, Jarret Klein, offers interesting notes and nuggets on both teams.

The crew had a lot of homework to do in preparation for their first game of the season with the Lions. (Photo courtesy of Richie Zyontz)

Our hotel meeting room was filled with media guides from the Lions and Packers, the NFL, Pro Football Focus and Next Gen Stats.

Let’s try to get everything in before our big exam on Sunday afternoon.

The art of listening

As a producer, there are many voices in my ear during a broadcast. First, the announcers, Kevin Burkhardt and Greg Olsen, whether speaking on air or in their talkback, switch to our production truck. These switches (or keys) allow conversations in the sidebar that don’t go over the air.

I have speakers next to me so I can hear sideline reporters Erin Andrews and Tom Rinaldi, and rules analyst Mike Pereira. There’s also a phone that connects me to both teams’ PR staff and an NFL official in the replay booth.

This phone only rings at the worst times.

My headset connects me to the 12 operators in the playback truck and the graphics area, which is in the back of the main production truck. I also communicate via headset with our studios in Los Angeles to coordinate updates for other games.

The producer can communicate directly with the reporters and PR staff of both teams throughout the game. (Photo courtesy of Richie Zyontz)

All of this is in addition to the back-and-forth dialogue that takes place between myself, director Rich Russo, associate producer Rich Gross, technical producer Pete Chalverus, and technical director Colby Bourgeois, all happening within the cozy confines of our truck of production

As you might expect, there are several voices to control. This requires filtering skills to determine what is crucial to hear in a given second. All voices matter. No matter how hard we try, our listening skills are not always successful. Speaking and listening at the same time can be a challenge.

I often use the words “one second please” to one voice while attending to another. Good manners and civility should not suffer, even amid the chaos of a live broadcast.

Tough day for the Pack

This NFC North game was choppy and sloppy to begin with. Penalties and injuries prevented any kind of rhythm from developing on the broadcast.

This can be frustrating for a production team. It’s like a puzzle, where the pieces don’t fit. The only remedy is patience; finally the rhythm changes… in a positive way.

While there was very little offense, there was plenty of drama.

The Lions defense forced Aaron Rodgers to throw three interceptions, including two in the red zone, as the Packers lost their fourth straight.

Green Bay desperately needed a win to potentially save their playoff hopes. Reigning MVP Aaron Rodgers was frustrated all day with himself and his underperforming offense. The visuals once again told the story for Rodgers and the Pack. The frustration, the anger and the reality of a bitter season.

And yet the Packers had a chance to win in the final minute, but the game ended on a fumble between Rodgers and wide receiver Sammy Watkins.

During commercial breaks, the announcers and I would continually comment on Green Bay’s offensive ineptitude.

The lions, for their part, were playing with fire. One of the best images of the day was jubilant Detroit defensive coordinator Aaron Glenn celebrating his drive on the sideline.

“That says a lot about our team”

Next week, we stick with the disappointing Packers as former coach Mike McCarthy and the Dallas Cowboys come to town (4:25 p.m. ET on FOX and the FOX Sports App).

Cowboys-Packers is one of the most storied rivalries in the game, and there always seem to be memorable moments when these two teams meet. Hopefully, we’ll add another chapter next Sunday.

Prepare the grill and the bratwursts. We’re coming to Lambeau!