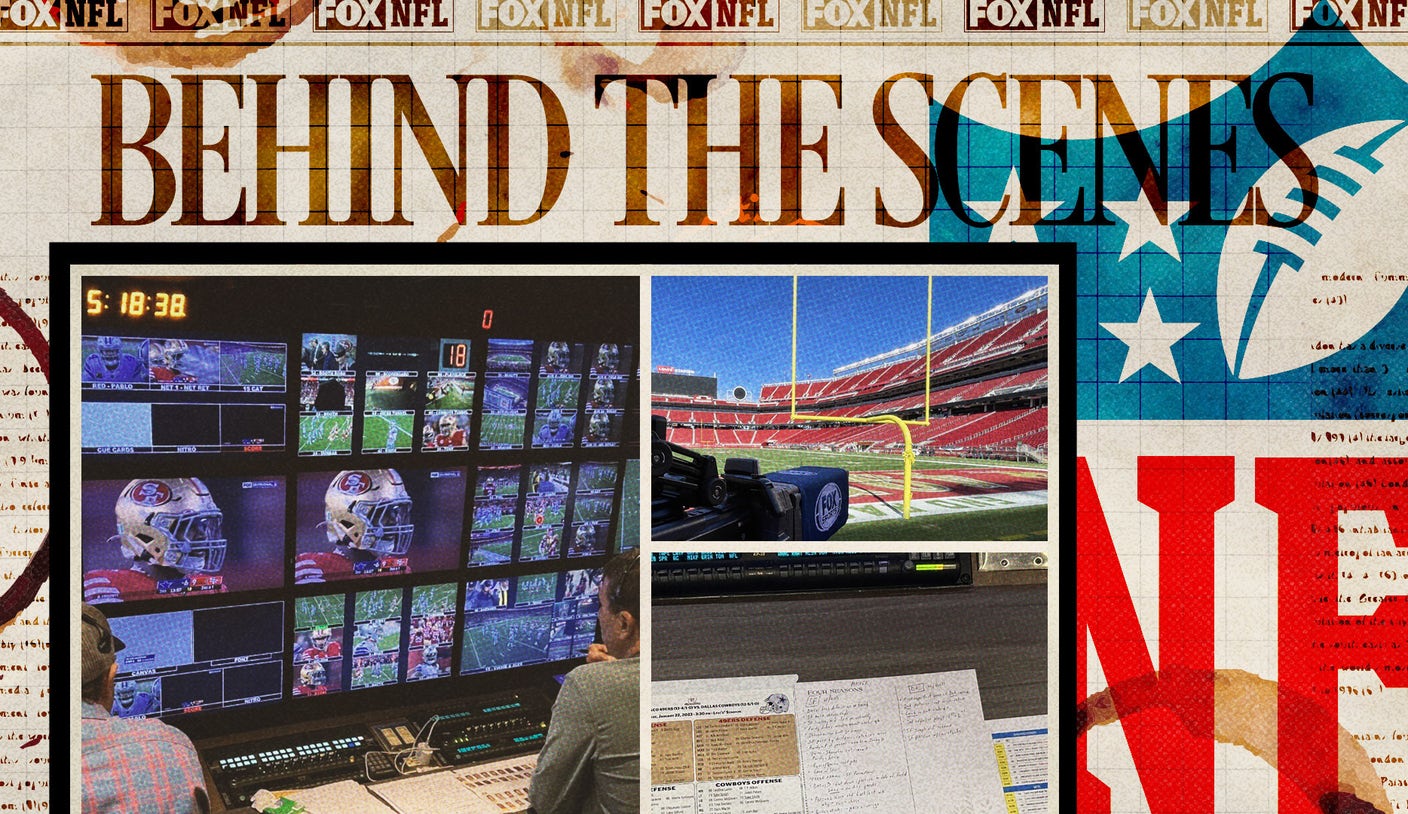 The Dallas Cowboys and San Francisco 49ers absolutely qualify. They have a long and brilliant playoff history.

From quarterbacks Roger Staubach and John Brodie matching wits in the early 1970s to the outstretched arms of Dwight Clark making The Catch in 1982. From the 1990s when Joe Montana (or Steve Young) and Jerry Rice squared off to Troy Aikman, Michael Irvin and Emmitt. Smith to this day. This matchup has fans (and network executives) giddy with anticipation.

The NFL playoffs are when the stars really shine. Sometimes they shine and sometimes they don’t. When they do, our cameras are everywhere. It’s the “don’t” scenario that requires special focus and diligence on the part of those of us sitting in the TV trucks.

When the stars don’t live up to their billing, it’s up to us to explain and illustrate why.

Vikings wide receiver Justin Jefferson showed us an example last week against the New York Giants. How the Giants would defend the young, bright wideout was one of the main stories of the game. He was active in the first half, scoring six times. But those opportunities dried up down the stretch.

Revisionist history is undefeated, so I beat myself up all week about not covering this crucial aspect of the game. We didn’t capture it enough. And that’s up to me.

The excuses are easy: “there was so much else”, “the teams were playing fast”. I could go on and on.

But that remains my lingering regret for an otherwise excellent game and telecast.

This week, with so many high-profile players on both sides, I was determined not to let that happen again.

Dak Prescott, CeeDee Lamb, Micah Parsons, Joey Bosa, George Kittle, Deebo Samuel, Christian McCaffrey. What a collection of talent! We had a veritable array of larger-than-life camera magnets gathered in the same field. But every good story needs a Cinderella, and San Francisco rookie quarterback Brock Purdy has played the part well. Meeting with him this week, he showed no sign of nerves or apprehension. In a soft-spoken way, he was relaxed and confident, the way I remember a young Joe Montana early in his career.

Relax, I’m not saying it’s Joe Montana. But a similar temperament can be defended. We covered Purdy’s first game, a blowout win over Tom Brady and Tampa Bay. He played like a veteran. The shot of his crying dad might just be our favorite photo of the year.

On Sunday, with Montana watching from the stands, Purdy again showed great poise and held his own against a strong Dallas defense. This Cinderella story will continue for at least another week.

It’s rarely a kicker to open our Saturday production meeting, but there’s a first time for everything. In light of Brett Maher’s nightmare performance last week in Tampa, when he missed four Cowboys extra points, we discussed how we’d handle his first kick of the day. We knew it would take discipline from the cab and the truck to anticipate and cover the beleaguered kicker’s first attempt. And he did.

After Dalton Schultz scored a touchdown, we didn’t show a replay, instead focusing on Maher’s run down the field for the extra point. This might have been the most anticipated extra point in NFL history. And when the kick was blocked, the poor guy missed his fifth straight!

I felt horrible for Maher, but proud of the crew, as we executed the plan discussed in the game.

Sometimes there are shots you can’t plan. With San Francisco’s colorful tight end George Kittle, we’ve come to expect the unexpected. In addition to making the catch of the day, Kittle provided the catch of the day. When I talk about camera magnets, Kittle is the poster boy. With our Skycam hovering above the 49ers huddle, Kittle looked at the camera and made a ridiculous face. Here he is, in the middle of a very intense playoff game, and he can’t help but have fun. Simply wonderful!

This felt like a throwback game. Throughout the broadcast, we showed memorable clips from a historic rivalry. Our video editor Victor Gonzalez, working from his home in Charlotte, put together my favorite piece of the day. We call it Old and New; images of players of today and of the past woven into a short montage. Great!

Despite the lack of points, the match was compensated with an intensity from before the start.

As Maher tried to warm up, San Francisco wide receiver Deebo Samuel invaded his space, prompting a bit of an altercation between several players and coaches. I’ve seen many examples of the kicker being turned on, but never two hours before the game.

If the Dallas kicker hadn’t been a story going into the game, our cameras might not have followed his every move in warmups. Instead, Tom Rinaldi adjusted the content of his pre-launch report and we were able to show this video before the launch.

This really set the stage for a nail-biting, hard-hitting playoff tilt. The 49ers held on for the 19-12 victory and will now head to Philadelphia with a trip to the Super Bowl on the line.

My stomach is already churning for what should be a classic.