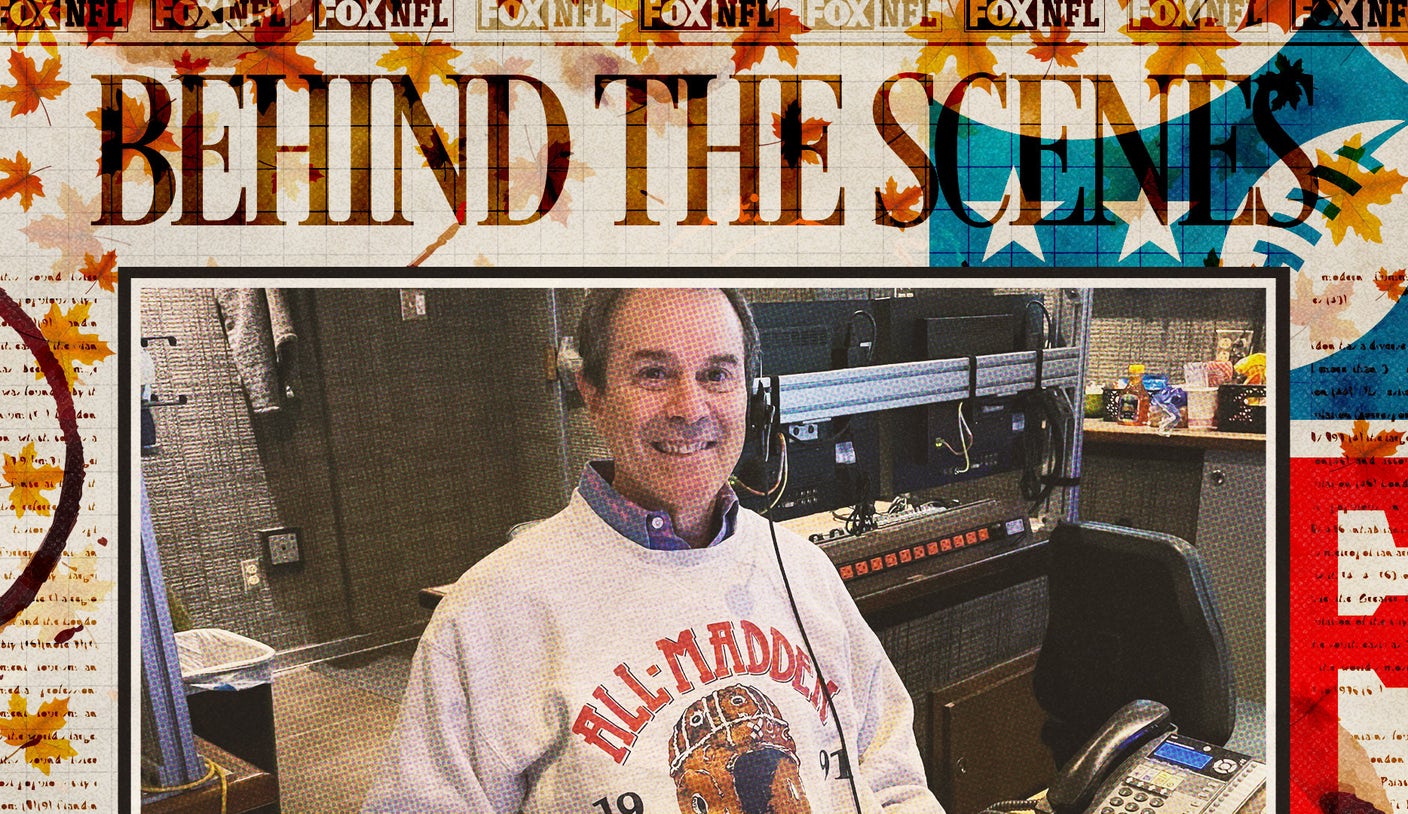 John Madden did not own Thanksgiving. But it was very close.

The Pilgrims and Native Americans may have started the tradition, but Madden embraced it with his cheerful love of food, family and football.

This was the first Thanksgiving without John, who died in December. The NFL very fittingly chose its favorite holiday to honor him, commemorating his impact on football during all three games on Thursday. Fans reminisced about the special relationship they had with the greatest analyst to ever wear a headset.

For me, it’s a little more personal.

UNITED STATES – AUGUST 5: John Madden, former Raiders coach and NFL broadcaster, poses with a bust of himself during his induction into the Pro Football Hall of Fame. (Photo by Jay Laprete/Bloomberg via Getty Images.)

In 1982, I was in my second season traveling the country as a very young broadcast contributor with CBS Sports.

While Pat Summerall and John Madden had called Super Bowl XVI the previous January in that same stadium, this was their first full season together as CBS’ primary team.

Producer Bob Stenner and director Sandy Grossman completed what would become the Mount Rushmore of production crews. I really walked among giants.

Little did I know that 39 years of close friendship with Madden was in my future. I could never have imagined walking him through cities across America, introducing him to kosher deli and pizza on New York’s Upper West Side, playing poker in his Dakota apartment (see Lennon, John for a historical reference) and riding his Maddencruiser bus from one end of the country to the other, telling stories and laughing the whole time.

Not to mention that he introduced me to my future wife June, who we married in 1990 at his home in Danville, Ca. and who was my godfather.

It was a great friendship and one I think about every day.

Thanksgiving was John Madden’s favorite holiday. This year, the NFL honored the legendary coach and broadcaster.

Towards the end of John’s life, I asked him what he missed most about broadcasting. Without missing a beat, his answer was Thanksgiving.

He loved Thanksgiving football. He loves the players, the coaches, the food, the big holiday meal with his crew.

During Thursday’s broadcast, as we paid tribute to John, I looked at my phone more than once, waiting for proof from him:

“Enough of me, get back to covering the game.”

I got a text during our broadcast from Mike Madden, John’s oldest son. He said the day had been “amazing, humbling”. He was proud to be able to celebrate his father with kind thoughts and words, as well as some memorable video clips. Director Rich Russo and I donned the All-Madden shirts as a personal tribute to a man we knew and loved. Today, a new tradition was born: honoring John Madden for the joy he brought us every Thanksgiving.

Richie Zyontz in a vintage All-Madden hoodie in 1991

Normally, we would have celebrated Thanksgiving with a crew meal and party on Tuesday night. Unfortunately, our trucks had a long drive from New York to Arlington, where we broadcast the Cowboys’ win over the Giants, and Tuesday turned into a longer day of work at AT&T Stadium. Wednesday didn’t work because the halftime rehearsal with the Jonas Brothers kept the crew busy until the early evening.

We called an audible and moved our celebration to Friday night in Kansas City, where we are going to play Sunday between the Rams and the Chiefs. It may not be traditional holiday fare, but you can’t beat the ribs, burnt ends and pulled pork at Jack Stack Barbecue.

John Madden would have approved: the man knew how to work his way through a rack of ribs.