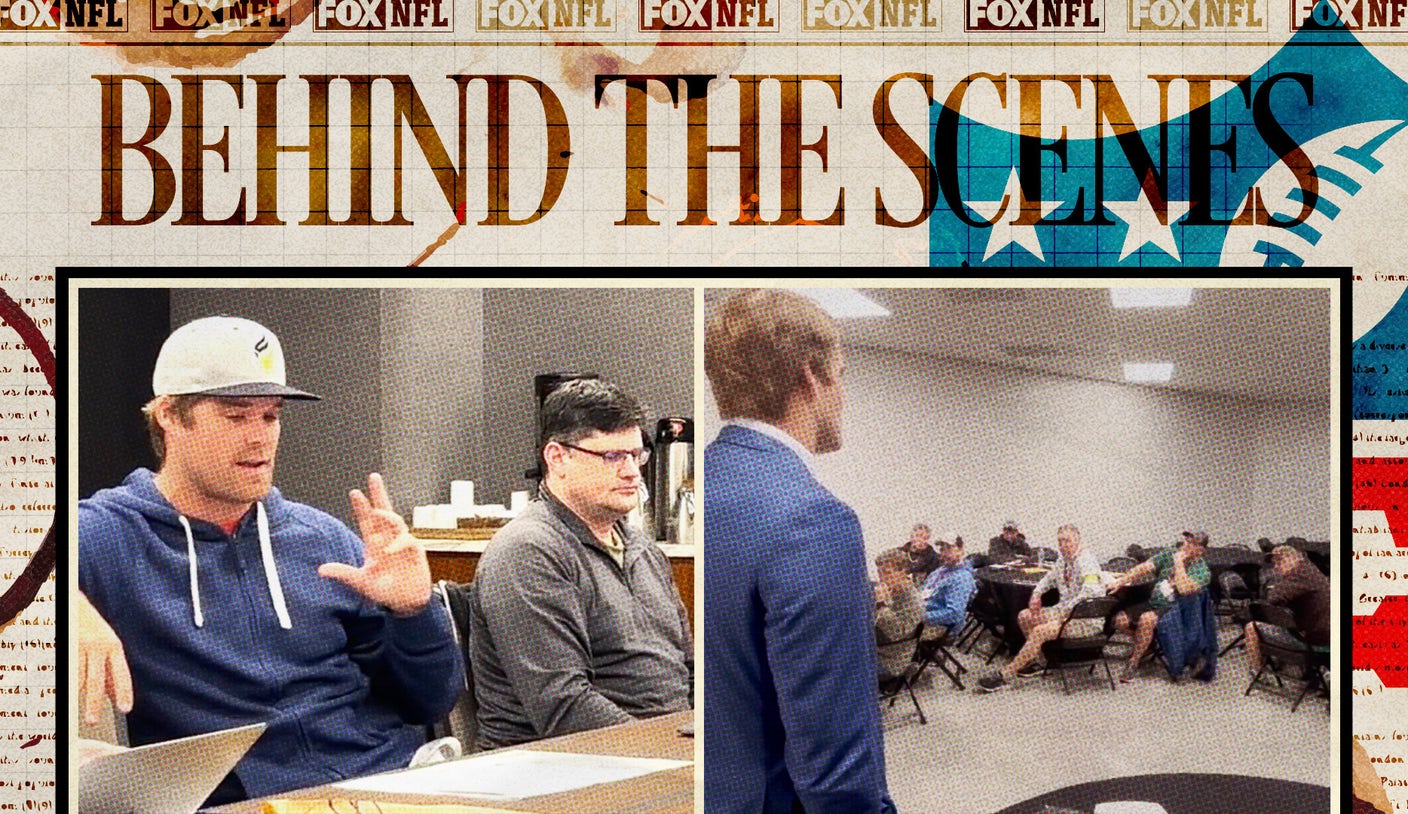 It’s been a fascinating season for the FOX NFL A team.

Kevin Burkhardt and Greg Olsen have seamlessly and successfully succeeded the iconic broadcasting team of Joe Buck and Troy Aikman. It was not an easy challenge.

Most of this team has been together for 20 years on many levels both in production and technique. It’s a close-knit group, which added two new lead voices for the 2022 season.

A radical change like this doesn’t happen often in sports television. But there is a big caveat to this tsunami.

This warning carries the number 12 for the Tampa Bay Bucs and it’s called Tom Brady. When his storied NFL career is over and he so chooses, Brady will become the lead analyst for our games, a job that Greg Olsen is doing quite well right now.

Our team just covered Brady for the fourth time this season, but it was our first meeting in September that set the tone. Olsen is funny, self-aware and very smart.

He smartly diffused what some feared would be an awkward situation when current and future No. 1 analysts met via video call.

Almost immediately, Greg said to Tom, “This TV thing is bullshit, don’t even worry. I’ll take care of it.” The tone was set; full laughter followed.

On the call this week before Sunday’s Panthers-Bucs game, Brady mentioned that he and some teammates had compiled a list of the greatest tight ends of all time, and Olsen made the cut. Greg, wanting to appreciate the moment, asked Brady to repeat it. A good point, but the elephant in the room remains.

Nobody knows if Brady will play beyond this season, including us. Heck, Brady himself might not know. Should Brady make the jump to streaming in 2023, I strongly believe he will excel. Would you bet against the greatest quarterback of all time?

Right now, he’s clearly focused on football. Internally, we try not to speculate about the future.

Olsen himself has no doubts about his strange situation. He acknowledges that adding Tom Brady to the FOX NFL stable is a coup for the company. It is one for him is ready.

going up to class

Olsen has exceeded even my high expectations this season. I knew about his energy and confidence, but I had never met him until this offseason.

Aside from being a blast to be around, this guy lives and breathes football. His enthusiasm fills a room. The excited delivery heard during the broadcast is exactly the same tone we hear in our production meetings every Saturday night.

Olsen is unusual for an analyst. He rarely talks in clichés and explains the game in understandable language. Another great quality is his ability to see the big picture. Many analysts tend to overanalyze. They go from game to game and beat you over the head with minutiae. Olsen stays ahead of the game and provides context to what’s unfolding.

There is a constant search for greater conciseness. In fact, during the first commercial break of each week, Greg will say, “Z, the broadcast doesn’t officially start until you tell me to slow it down and take it up a notch.”

That’s good advice, if I do say so myself!

With that in mind, the group decided to screen a bit of our broadcast from last week between the eagles and Cowboys. Just Olsen, Burkhardt, director Rich Russo and I, watching the tape over a bowl of chips and guacamole.

This is very different from the film studio Olsen was used to as a player. In this world, an assessment is much drier. Either you made a move or you didn’t. Either you blocked the man in front of you or you didn’t. The play was either a win or a loss.

Television is much more subjective. There is not necessarily a right or a wrong; there is a lot of gray area.

There are a few basic principles for commentators. One of them is to avoid excess. Broadcasts need some fresh air, allowing the visuals and sound of the crowd to convey the moment.

A few minutes into our review, Greg noticed an example where it was long, and added some extra thought where it might not have been needed. He realized himself; I didn’t have to say a word.

Our self-exploration proved to be a useful exercise. I noticed times when we went to rehearsals when none were needed. Excessive repetition is the truck version of overtalking, best avoided.

Despite concerns about over-talking, there were many instances where Burkhardt and Olsen remained silent, allowing Russo’s images to tell the story.

When we were done, the verdict was unanimous: the session was useful and our time well spent.

Games often don’t go according to form. The Bucs offense and Brady had been in a disjointed funk. Olsen’s former team, Carolina, had rushed for over 300 yards in their previous game. While this matchup had major playoff implications for both clubs, we weren’t expecting a masterpiece. The Panthers would punt the ball. The Bucs hope they keep it close and allow Brady to work some late magic.

Olsen had a different view. In our production meeting Saturday night and again in the Sunday morning chat with the camera crew, he described an open game where both teams would have more chances. He imagined Brady throwing the ball into the yard, and that’s exactly what happened.

In two weeks, Olsen and Brady could meet again when Tampa likely hosts the NFC East champion in a wild-card game. For now, week 18 is calling us. And the Super Bowl is only 42 days away!