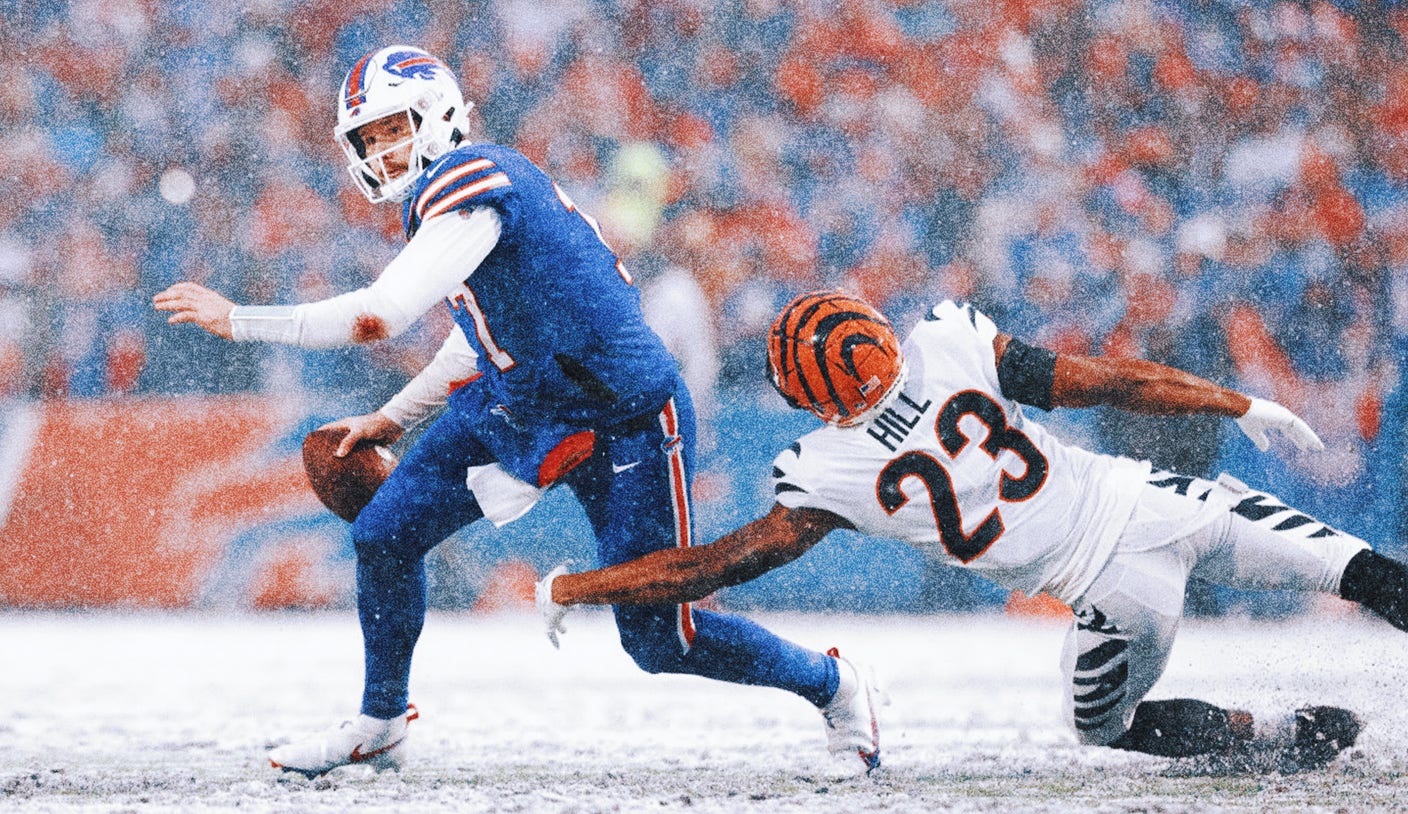 Anything short of a Super Bowl appearance was a disappointment for the Buffalo Bills this season. And so, the season ended in disappointment.

The Bills have been talking about their Super Bowl goals since training camp. It’s safe to say they aren’t happy with their 27-10 loss to the Cincinnati Bengals in the divisional round.

All drives were lackluster for Buffalo on Sunday. Not only did the Bills’ defense forget how to run basic coverage (allowing a pair of open touchdowns to Joe Burrow in the first half), but Buffalo also saw its offense struggle tremendously, with the team turning just four of 12 third downs. Josh Allen didn’t look like Josh Allen; he looked human

“Our goal is to win a Super Bowl, a world championship, and we didn’t,” Allen said after the game. “So everything that happened this season is kind of null and void in our minds. It’s bullshit.”

Considering the number of injuries the Bills have suffered this season, the defense had a bit of an excuse. Buffalo didn’t have tight end Von Miller, safeties Micah Hyde or Damar Hamlin. Cornerback Tre’Davious White returned from his ACL injury, but he didn’t look like himself. DTs Daquan Jones and Jordan Phillips (inactive) were dealing with injuries this week. It all added up to an impressive day for Burrow, who threw for 242 yards and a pair of touchdowns. And while they gave up big plays in the first half, the Bills adjusted in the second half to help their offense get back on track.

But the offense? There is no excuse. That unit was not full of wounds. There was no lack of staff. It just came out flat. And it wasn’t just a one-party problem. The offense has suffered through a season of inconsistency, which makes no sense. The Bills offense should never have looked as laborious as it did. And it even looked unimpressive against bad defenses, like the Miami Dolphins unit last week. Allen is a two-time Pro Bowler and MVP candidate. It shouldn’t have looked human, especially over the last two weeks, the biggest games of the year.

“You can start with me,” head coach Sean McDermott said after the game. “If you want to look anywhere, start with me.”

The Bills have an elite wide receiver in Stefon Diggs. Their offensive line was healthy for this game. Their tight end, Dawson Knox, and their receiving corps (Gabe Davis, Khalil Shakir, Cole Beasley) appeared to have enough talent to help, both in this game and throughout the season. And the running backs were competent enough to attack on the ground, with a mix of Devin Singletary, James Cook and Nyheim Hines. On paper, the offense looked great heading into the season. And in this game, the Bills seemed to have the firepower to keep pace with Cincinnati.

But Buffalo couldn’t hang on. The Bills haven’t been an offensive powerhouse since Week 6 when they beat the Kansas City Chiefs. So the loss to the Bengals is a product of a problem the Bills have had over the past 12 weeks.

Diggs has been the only player who has been able to get open with consistency. And so when Allen needed a big play, he looked to Diggs, or Allen ran the ball himself. These were the two most dynamic elements of the attack. Davis and Knox contributed, but not consistently enough. Cook and Shakir came late, but it was too little too late. So when Allen needed to make big plays, he was also forcing the ball into tight windows and making bad decisions. Heading into the divisional round, he had 32 plays worthy of billing, the most in the NFL per Pro Football Focus.

But this is actually where Allen did well in this game. He didn’t record a tally until late in the game. His interception in the 59th minute barely counts in my book. And still, with Allen playing a clean game, the team couldn’t keep up with the Bengals. And in the game when Diggs predictably became the primary focus for the Bengals, the Bills couldn’t get him the ball. He finished with two catches on four targets for 34 yards. He was yelling at Allen on the sidelines.

After the game, he left the locker room early. McDermott said Diggs was present for the coach’s postgame speech. “That’s what matters most,” McDermott said. But Diggs left before the other coaches, like offensive coordinator Ken Dorsey, had arrived from the stands, by Jon Scott of SPEC News.

“He’s a fiery competitor,” Allen said when asked what Diggs said during the sideline outburst. “I want the ball. Whatever it is we couldn’t get him the ball tonight, we’re going to have to learn from it.”

And then, to make matters worse, the Bills struggled to get big plays from other players. His stats seem inflated due to the garbage units in this game. But Davis (2 catches, 34 yards), Shakir (2 catches, 40 yards) and Knox (five catches, 65 yards) needed to do more for the offense in the first three quarters, when the game was still within reach .

For the sake of putting blame where blame is due, the offensive line was pretty bad. He struggled to guard Allen at key moments in the fourth quarter, along with a false start penalty on third-and-10.

“Whenever Josh can’t do his thing, we take it personally,” Dion Dawkins said. “It sucks. I don’t like to be simple. It sucks. … We’re trying to win as many Super Bowls as possible.”

So let’s paint it simply: The Bills’ problems were systemic on offense. Against the Bengals. And for the whole season.

It is fair to ask whether the blame does not lie solely with the entire unit. Perhaps the blame lies with Dorsey, who was in his first season as offensive coordinator. He replaced Brian Daboll, who took over the Giants and shocked the NFL with a run to the divisional round.

So it’s fair to wonder what would happen to this team if Daboll were the head coach. right? I know it’s crazy. I know we haven’t seen teams dump their head coach to promote their coordinator since Dirk Koetter supplanted Lovie Smith in 2016 with the Tampa Bay Buccaneers. (And that didn’t end well.) But with Daboll blasting Daniel Jones’ run and Dorsey not getting the most out of Buffalo’s offense, the Bills should feel like they did something wrong on offense .

Buffalo will likely have most of the same personnel on offense in 2023. Guard Rodger Saffold, a 34-year-old pending free agent, is the most notable potential departure. (The defense is likely to weaken, with safety Jordan Poyer and linebacker Tremaine Edmunds headed for contract years, among many others.) Maybe the Bills can bring in another receiver, like Odell Beckham Jr. Maybe Buffalo trades for DeAndre Hopkins. But the problem, in my opinion, is not the staff. It is with the use of staff.

The Bills need to take a long, hard look at their coaching staff to make sure they have the right leaders. It would have to start with Dorsey, who has to be The Guy to elevate the offense on a team where McDermott defends the defense.