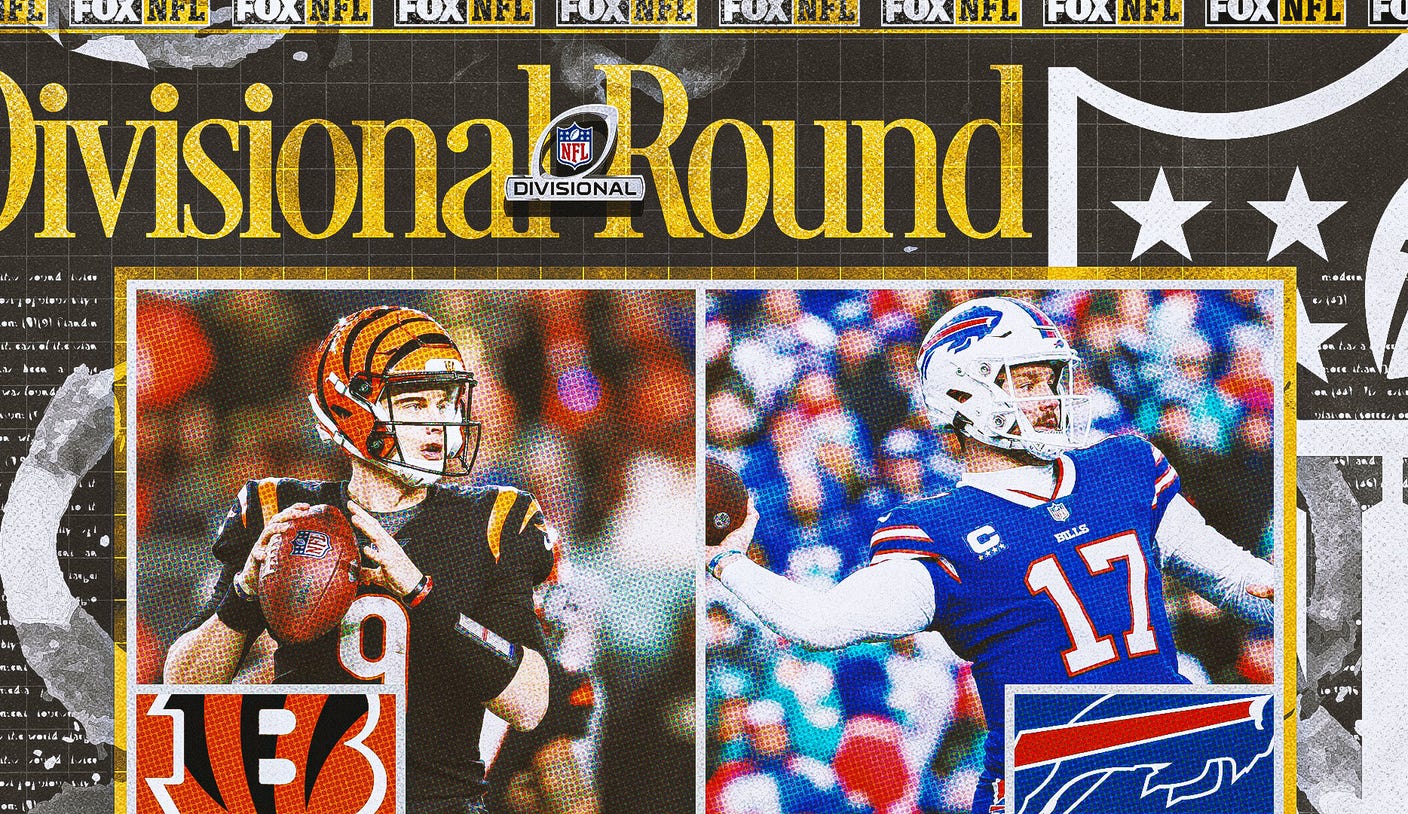 The Buffalo Bills didn’t have the prettiest performance against the Miami Dolphins. In fact, Buffalo made a mess of their first playoff game, nearly falling to rookie third-string QB Skylar Thompson and Miami.

But the Bills got a win, which says something about Buffalo’s identity this year. As much as everyone expected the Bills to be, they haven’t played well in four quarters since blowing out the Tennessee Titans in Week 2. The wild thing is that the Bills keep winning, even when they’re playing below their level of talent

The biggest source of volatility has been quarterback Josh Allen. I’d say it’s the second coming of Cam Newton. But Allen is better than that, even better than Newton when he won the MVP in 2015. I’d be willing to bet Allen will lead the team in rushing and passing against the Bengals on Sunday. That’s how Buffalo’s offense has trended for most of the season.

But credit offensive coordinator Ken Dorsey — he’s trying to get other players involved. The Bills have gotten the ball to wide receiver Gabe Davis and tight end Dawson Knox in recent games. Davis had a touchdown and 90 or more yards in the last two games. Knox has a touchdown in each of his last five starts. And rookie running back James Cook seems to have hit the rookie wall, getting better as the season goes on (rather than fading as rookies are prone to do). As the Bills have come to trust Cook more, he has proven to be a reliable weapon on the ground, providing block plays in an offense that had struggled to run the football.

With the Bills and Bengals, it would be remiss not to revisit Damar Hamlin’s cardiac arrest in Cincinnati, which caused the cancellation of their matchup just a few weeks ago. This game is sure to be emotional.

“Sean McDermott has been a great leader”

Jordan Poyer reflects on Buffalo head coach Sean McDermott and how he has led the team to continued growth, even with all the adversity the Bills have faced this season.

The Bengals are in the midst of a nine-game winning streak. Joe Burrow is doing a Peyton Manning impression. Cincinnati’s early season struggles are a distant memory as the Bengals have become a complete football team over the course of the season. And it’s not really about how you start in the NFL. It’s about how you finish. Burrow is on a tear, despite playing one less game, completing 68.3 percent of his passes for 4,475 yards (fifth in the NFL), 35 touchdowns (tied for second) and 12 interceptions (tied for 26th ). He also rushed for a touchdown in the Bengals’ 24-17 win over the Baltimore Ravens in the wild-card round.

Cincinnati’s defense has been very solid and perhaps doesn’t get enough credit for their good play. The unit is 16th in yards allowed per game and, more importantly, sixth in points allowed per game. The Bengals’ DVOA ranks 11th on defense, which means they are playing efficiently.

Linebacker Logan Wilson is the center of what they do. And then they have a group of running backs who can get to the quarterback, including Trey Hendrickson (8 sacks), Sam Hubbard (6.5) and Joseph Ossai (3.5). So while star wide receivers Ja’Marr Chase and Tee Higgins haven’t quite come out on offense this year, the team has enjoyed surprising success from guys like cornerback Eli Apple, the CB1 who allowed 41 catches respectable on 72 carries for 585 yards and three touchdowns this season.

Can we talk about Diggs and Apple? For sure. Could we talk about Chase and Tre’Davious White? Of couse. But ultimately, this game comes down to the two quarterbacks, who are working to be the defining signals of their generation. Burrow has appeared in one Super Bowl. Allen still hasn’t. The winner of this game will likely get Patrick Mahomes. There are so many good quarterback matchups as we move into the postseason.

Do you prefer Burrow or Allen as your starting QB?

Emmanuel Acho, Joy Taylor, LeSean McCoy and David Helman debate whether they would rather have Joe Burrow or Josh Allen at QB.

Key Statistics: Including the playoffs, the Bills have turned the ball over 30 times; only the Colts are worse at 34. However, Buffalo won games by an average of 10.6 PPG (league best) in the regular season, the third highest mark in franchise history and only the fourth once it eclipses 10.0.

The Bengals, riding a franchise record nine-game winning streak, are 9-0 this season when leading after the first quarter. Last week against the Ravens, Burrow became the third Bengals player with a pass and a rushing TD in a playoff game, joining Boomer Esiason (1990 wild card vs. Oilers) and Ken Anderson (Super Bowl XVI vs. 49ers)

Prediction: If the Bills are going to win this game, they’re going to have to play cleaner than they’ve been playing, or they’re going to have to find a way to make the Bengals play messier. Because right now, the Bengals play a little more in control. That’s just the nature of Burrow and Zac Taylor. Allen’s electrifying approach has produced plays that have changed the game for better or worse. We saw Allen improve and limit his turnovers against the Chiefs in Week 6. I think that’s the version we’ll see on Sunday.