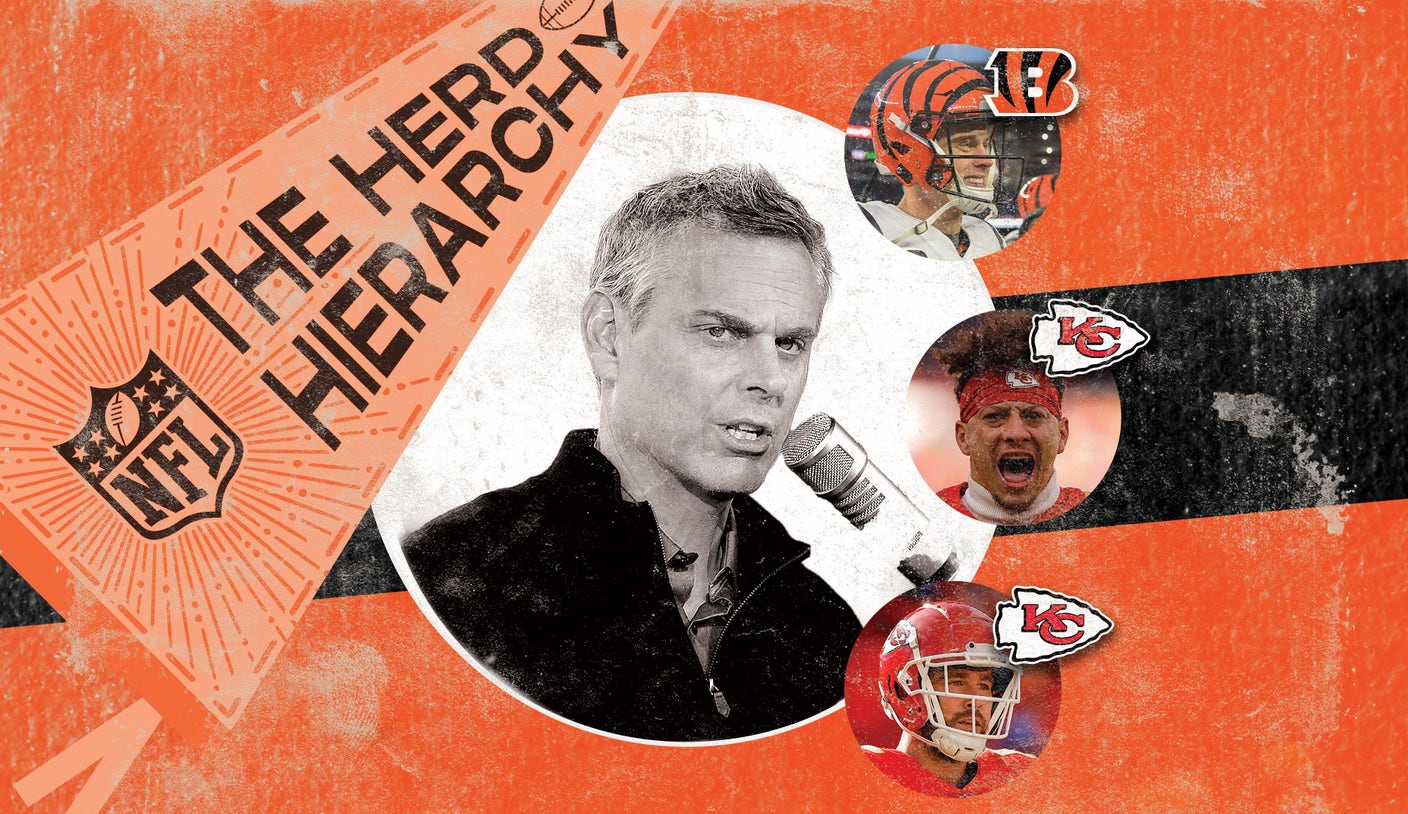 Kansas City dominated all season, rolling to a 14-3 record and the No. 1 seed in the AFC. On the other hand, Cincinnati started the season 0-2 and went 4-4 before winning eight straight games to close out the regular season and win the AFC North.

With this, Colin Cowherd counted down the top 10 players from the AFC title game on Wednesday’s edition of “The Herd.”

Who made the cut?

Where do Joe Burrow and Patrick Mahomes rank in Colin’s top 10 players in the AFC Championship Game?

Colin’s thoughts: “The last two postseasons, 400+ yards, he blows away every other playoff running back. He’s the highest-rated running back on either team. He reminds me a little bit of a poor man’s Adrian Peterson — he can run you over, he can run. past you. It’s great.”

Colin’s thoughts: “Arguably the best guard in the NFL. PFF’s No. 1 rated pass-blocker. Has allowed one or fewer sacks in four of the last five years. Pro-Bowler, All-Pro this season. Had the best season by any guard this year in the NFL.”

Colin’s thoughts: “He’s the highest-rated edge rusher on either team, Chiefs or Bengals, according to PFF. The last two years, [he has] 25.5 sacks. It was a good opportunity for them. And again, to beat Mahomes, you have to rush Mahomes. He will be incredibly valuable in this position.”

Colin’s thoughts: “Probably the second or first best center in football. Highest graded center in his first two years, him and Kelce for the Eagles. Didn’t allow a sack in over 800 snaps. He was good the second he came in the NFL.”

Colin’s thoughts: “More of a home run threat than Tee Higgins. Nine touchdowns in his last nine games, including the playoffs. He also led the NFL in catches of 50+ yards, so he’s the big home run threat in this game. Think that when you play in Kansas City, there’s a big chance you’re going to fall behind. Can you get rushing touchdowns? He’s the type of guy on the field that can get them.”

Colin’s thoughts: “Highest-rated player on either team. Last four years, four-time Pro-Bowler. And if there are injuries inside the Bengals’ O-Line, then Jones – he’ll have a good game regardless – could be dominant.”

Colin’s thoughts: “He’s not playing 100 percent. Yeah, he has the highest passer rating in the history of the league. I think, though, he’s not going to have the ability to extend plays.”

Colin’s thoughts: “Situationally, he’s as good as Mahomes, and he’s healthier. So Mahomes and Burrow are obviously the best players in this game and the most important. I don’t think you can have a high ankle sprain and be 100 percent. I think Mahomes is going to destroy it, but I think you’ll see pretty early in this game that Mahomes doesn’t move that well. If he was 100 percent, I’d go No. 1 with Mahomes and Burrow a close second.”