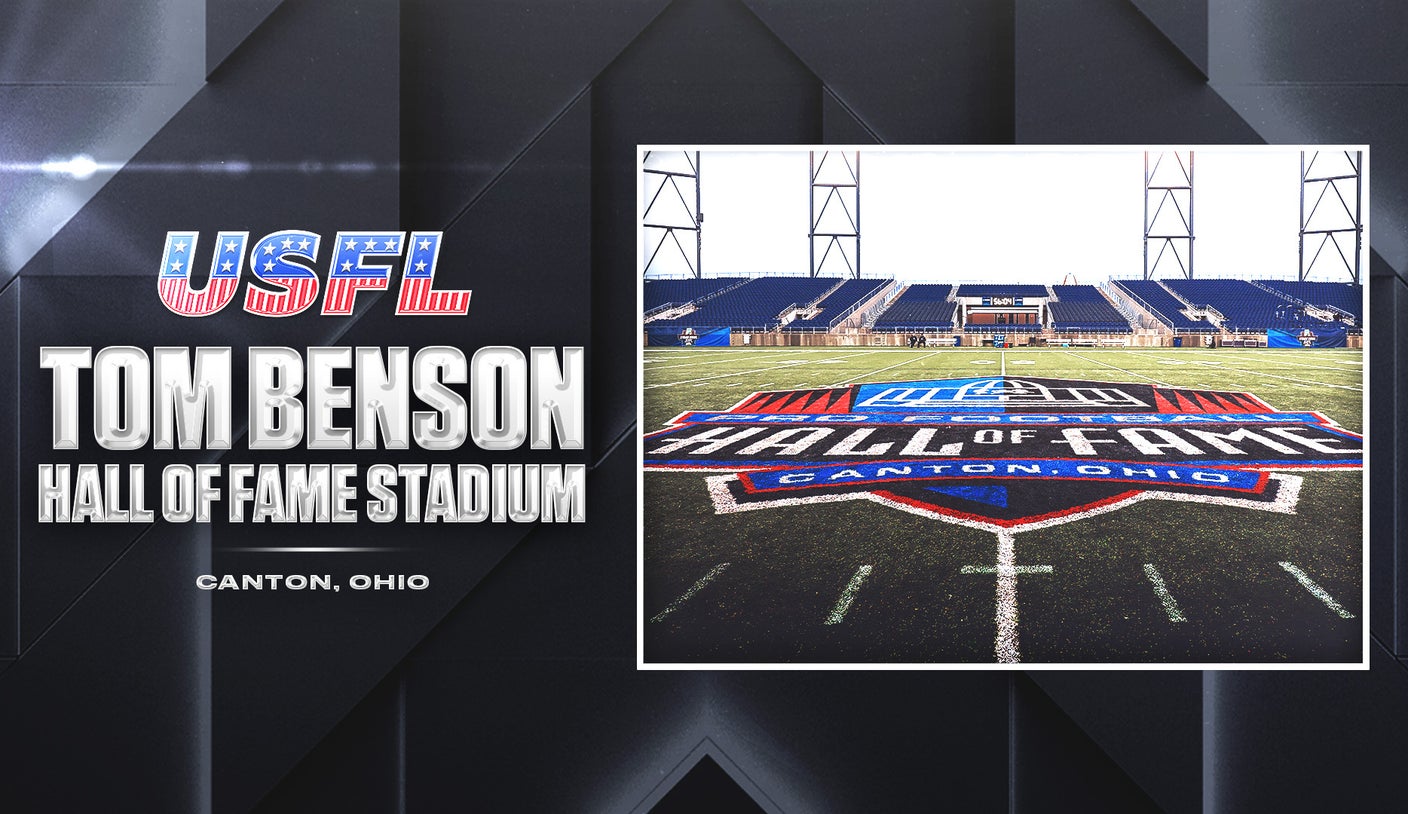 CANTON, Ohio – At a press conference here Wednesday, USFL and Hall of Fame Village leaders announced that Canton will host two teams during the upcoming regular season, as well as the North Division playoff game at the end of June and the USFL championship game in early July. . The announcement comes six months after the Hall of Fame Village hosted USFL postseason games during the pro football league’s first spring season.

“The USFL is excited to have the Pittsburgh Maulers and New Jersey Generals practice and play in Canton during the 2023 regular season,” said Daryl Johnston, USFL executive vice president of football operations. “The outstanding regional support we received during our first postseason from football fans in Ohio and Pennsylvania, including the great city of Pittsburgh, along with our successful partnership with the Hall of Fame Village, led at this moment.”

The Maulers and Generals will face off in Canton’s regular season opener on Sunday, April 23rd. The North Division playoff game and the USFL Championship game will also return to Tom Benson Hall of Fame Stadium with dates and times to be announced at a later date. Fans can pre-register for tickets to USFL Canton games through Ticketmaster to make a $25 deposit and lock in priority access, or visit theUSFL.com for more information.

[Fans can pre-register for affordable tickets in Canton via Ticketmaster or by visiting theUSFL.com]

“Following the incredible response from football fans during last year’s USFL postseason, we are thrilled to expand our partnership by hosting regular season games in 2023,” said Michael Crawford, executive director of the Hall of Fame Resort and Entertainment Company. “The USFL is a league for the fans, so we’re creating a fun and affordable entertainment destination here in Canton where football fans can cheer on the Pittsburgh Maulers, New Jersey Generals and other USFL teams while experiencing a wide variety of programming and activities throughout Hall of Fame Village before and after the games.”

New Pittsburgh Maulers head coach Ray Horton, who was hired by the USFL earlier this month, sees this move to Canton in 2023 as an opportunity to build a regional fan base.

“Having been a defensive backs coach for both the Pittsburgh Steelers and the Cleveland Browns, I know how passionate football fans are in western Pennsylvania and northeast Ohio,” Horton said. “As the USFL works to relocate the Maulers to Pittsburgh, playing the 2023 regular season games in Canton provides an incredible opportunity for fans from across the region to visit us and see first-hand high-quality professional football that is played in the USFL. My staff and I are working tirelessly to build a championship-caliber team, so we are excited for fans to visit Pro Football Hall of Fame Stadium for a fun and , hopefully, becoming lifelong fans of the Maulers.”

While USFL officials said they remain committed to progressively placing all teams in their namesake markets, expanding the game to Canton with two iconic franchises continues to build a regional fan base, keeps the brand in national awareness and strengthens the league’s association with the Hall of Fame. Village in preparation to return postseason games to Tom Benson Hall of Fame Stadium.

The USFL is the first major professional spring football league in nearly 40 years to complete a successful inaugural season and return for Season 2. During the USFL’s 10-week regular season in 2022, the eight teams be hosted by the city of Birmingham, Alabama. Last June, during the playoffs in Canton, the league announced it would expand to more markets for the 2023 season. In addition to hosting the Maulers and Generals in Canton, the USFL previously announced that the Birmingham Stallions and The New Orleans Breakers will be in Birmingham, and the Memphis Showboats and Houston Gamblers will be in Memphis, Tenn.

“In 2023, the USFL is proud to bring competitive, high-quality professional football to Canton, Birmingham and Memphis,” Johnston said. “We couldn’t be more excited for the start of USFL Season 2 in April.”