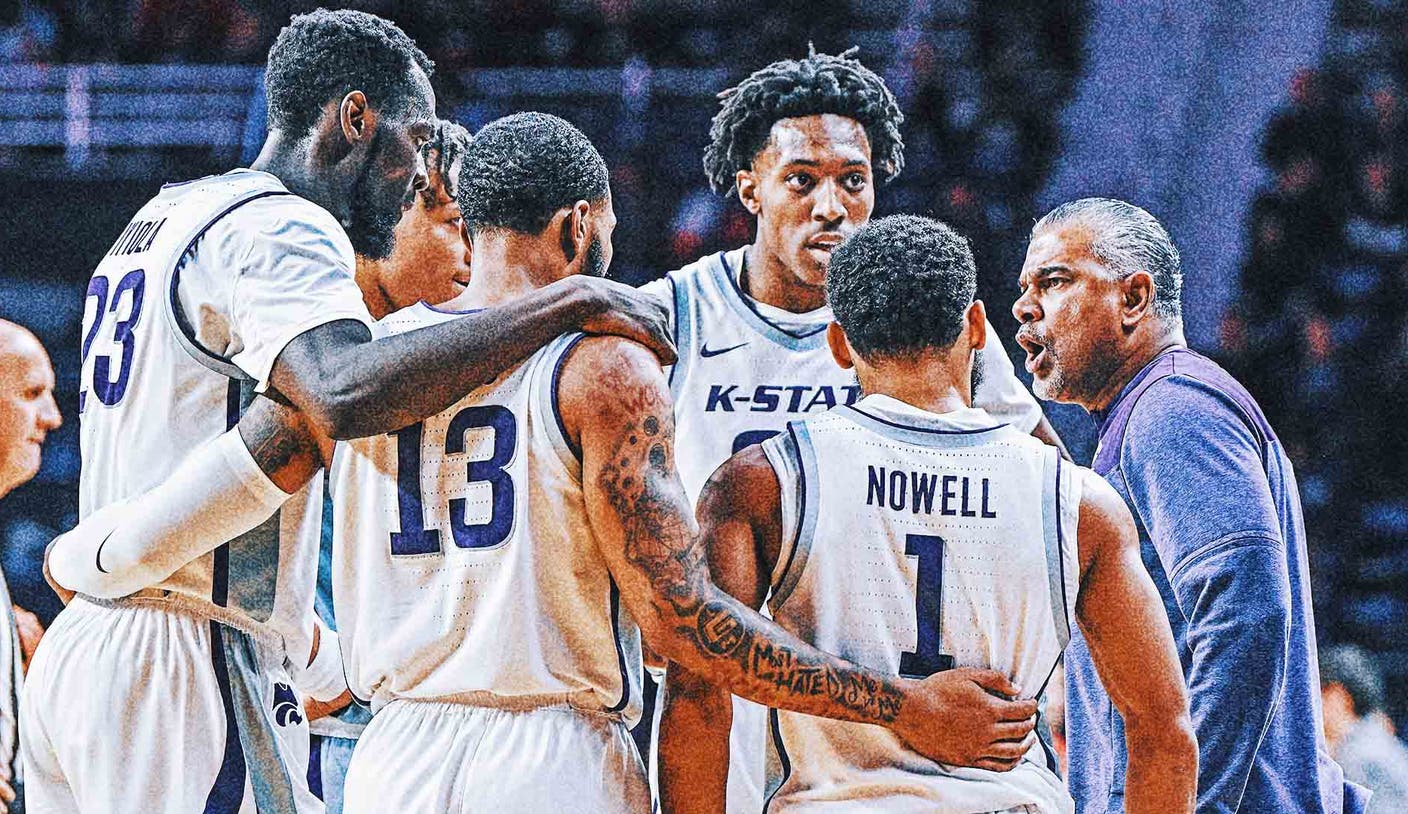 Houston returns to No. 1 in the Associated Press 25 men’s college basketball poll for the second time this season, while Kansas State continued its unexpectedly strong start by jumping from unranked to the brink of top 10

The Cougars received 34 of 60 first-place votes in Monday’s poll to return to the top after a two-week stint there earlier this season. Kansas was second and had 22 first-place votes, while Purdue fell from No. 1 to No. 3 and earned the other four first-place votes after suffering its first loss at Rutgers last week.

“Every team, you just have to take them because they’re all different,” Houston coach Kelvin Sampson said after Sunday’s win at Cincinnati. “Our DNA remains the same, but the faces change. … As the season goes on, the guys get better and better.”

Kansas State jumped to No. 11 after an impressive week with two road wins against ranked opponents under first-year coach Jerome Tang. Picked to finish last in the 10-team Big 12, the Wildcats scored 116 points on Texas and then topped Baylor 97-95 in overtime.

“We’re not trying to prove the doubters (wrong),” Tang said after the Baylor win. “We’re trying to keep believing in ourselves. … That’s a big accomplishment for these young guys. But none of that matters if we lay an egg the next game, right?”

Alabama and Tennessee gave the Southeastern Conference a pair of top-five teams, with the Crimson Tide returning to No. 4 for the first time since spending a week there in December and the Volunteers reaching a season-high No. 5 place

Connecticut, UCLA, Gonzaga, Arizona and Texas rounded out the top 10, with the Longhorns falling four spots after a tumultuous week that included the firing of coach Chris Beard while he faces a felony domestic violence charge.

No. 14 Iowa State moved up nine spots after road wins against Oklahoma and No. 17 TCU. No. 12 Xavier moved up six spots after extending its winning streak to nine games. In total, 10 teams moved up from last week’s poll.

No. 24 Duke suffered the biggest drop of the week, falling eight spots after a blowout loss at North Carolina State followed by a narrow win at Boston College. No. 16 Miami and No. 18 Wisconsin joined Arizona and Texas in four spots. In total, nine teams fell from last week’s rankings.

TCU and No. 20 Missouri were the only teams to hold their position from last week.

While Kansas State grabbed the spotlight for the week’s new additions, the Big East added two teams with No. 19 Providence and No. 25 Marquette joining the poll. It was the first appearance this year for the Friars and the second for the Golden Eagles.

No. 23 San Diego State also returned for a second stint in the poll this year.

The Big 12 and SEC had five teams ranked to lead the nation, followed by the Big East with four teams. The Atlantic Coast Conference had three, while the Big Ten and Pac-12 each had two.

The American Athletic, West Coast and Mountain West conferences along with the Colonial Athletic Association each had a ranked team.