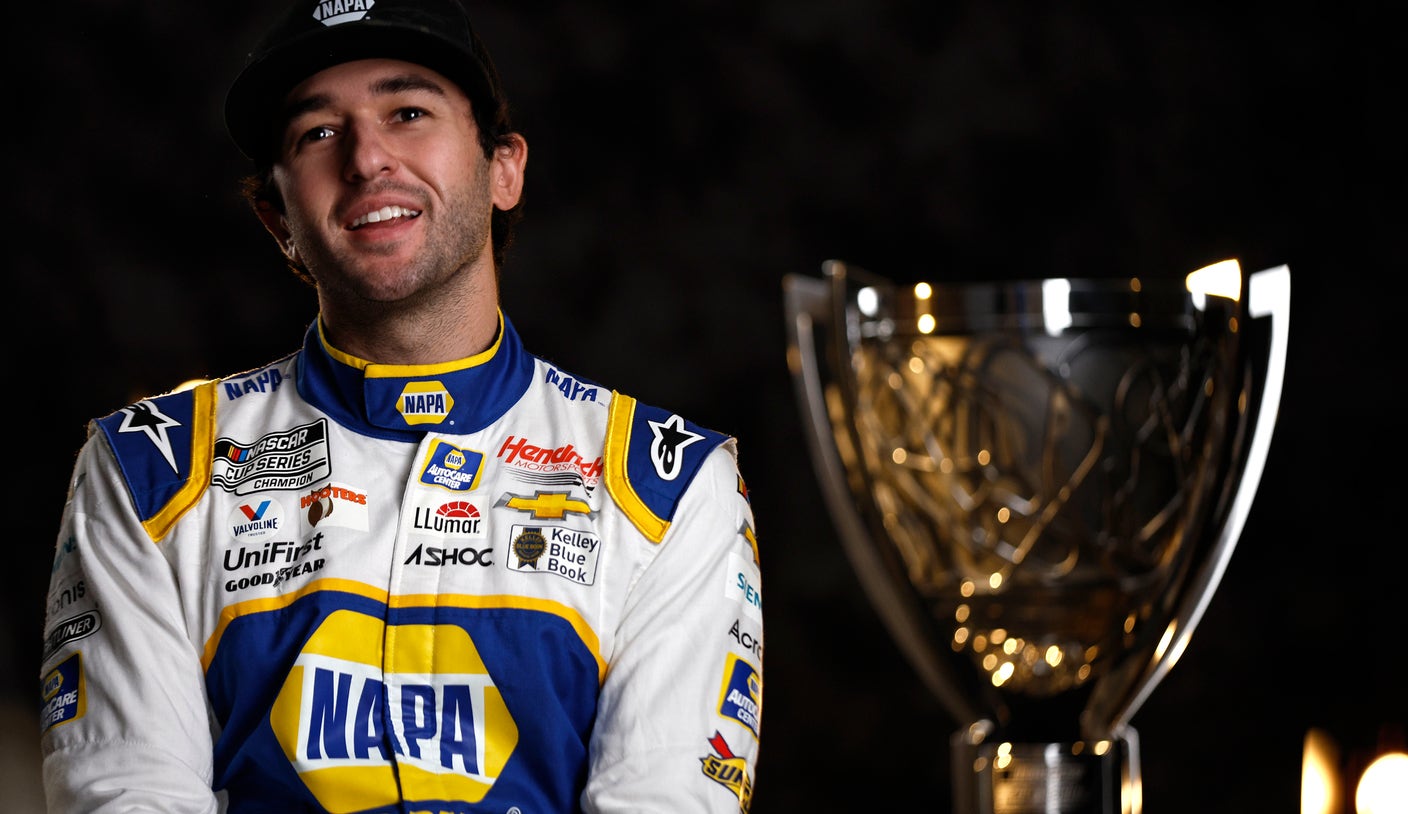 PHOENIX – Chase Elliott hasn’t looked all that pleased after most of the 2022 NASCR Cup Series playoff runs.

He blames himself for a lot of it, saying a variation of “I need to do a better job.”

But don’t take anything from this post-race Eeyore persona and think he lacks confidence entering Sunday’s championship race at Phoenix Raceway. The 2020 Cup champion will compete for the title for the third consecutive year, with the top driver on Sunday between himself, Joey Logano, Ross Chastain and Christopher Bell capturing the 2022 crown.

“I feel good,” Elliott said Thursday afternoon. “I think we have as good a chance as anybody. Our playoffs have (been) … probably lower than they were because of how we ran.

“But when I sit back and look at this weekend and how this format is and how the final four works [with one race]if you’re there, you have a chance.”

Elliott has a shot, but has only two top-10s, including a 10th at Martinsville last week, in the playoffs. Has four finishes of 20 or worse.

On the other hand, he has also won five Cup races this year, two more than any other competitor in the series.

“He’s won five races and had some situations where the car wasn’t as good as we thought it would be, and he was frustrated,” team owner Rick Hendrick said.

“But it’s one of those deals where you just put all that behind you. You run well in Phoenix, you’ve won that race. [in 2020], you won the championship there. So come back, the car will be fine and do your job. He is excited. He is ready. We’re just going to put behind us any bad luck or inconsistencies we’ve had before this race.”

Elliott, the sport’s most popular driver, said inconsistency is part of racing.

“It’s certainly not always going to be rainbows and butterflies,” Elliott said of his playoffs. “It just isn’t. As much as I wish it were, it isn’t.

Chase Elliott on his thoughts heading into the NASCAR Championship

Chase Elliott says he and his team have as good a chance as any of the contenders, even though they haven’t been at their best in the playoffs compared to their regular season.

One thing in Elliott’s favor: He never really sinks.

“The trend of our year, honestly, is just a lot of inconsistency — having some really good weeks and some really, really poor weeks as well,” Elliott said. “They’ve even come in a very similar time frame.

“So sometimes it’s just part of the deal.”

Elliott looks back at Phoenix as a place where he ran in the top 10 for much of the day until a one-car lap with about 10 laps remaining. He felt they were solid but not spectacular.

A solid car can win a championship. A spectacular car gives the driver more options on how to get there.

“Somebody could dominate a race and not end up winning the race or the championship,” Elliott said. “Everything has to go your way. Yes, you want to have rhythm. Having rhythm in the car and being fast gives you a lot of opportunities in different ways.

Hendrick said he will try to make sure Elliott doesn’t blame himself for much of the inconsistency. The Next Gen car has resulted in more parity this year, as well as teams trying different concepts with varying success.

The 2022 season has not seen a dominant team. Some would have argued before the playoffs that Elliott had been more dominant than anyone else.

And then came the frustration of the last two months.

“Chase, if you’ve watched him, he’s always put the onus on himself,” said Hendrick, who signed Elliott in 2011 when Elliott was 15 years old. “When Chase Elliott can’t drive a car because we missed the setup, it’s not his fault. But he will never, ever point the finger at the team. He always takes care of himself.

Rick Hendrick talks about his confidence in Chase Elliott

Rick Hendrick has confidence in Chase Elliott even though the NASCAR driver hasn’t had the most consistent season.

“I’ve talked to him a lot about it. I think he just feels he can take it; if he doesn’t, he’s failed. I admire that about him to a degree. I see so many drivers come out and blame the car for everything, and never will.”

Elliott and crew chief Alan Gustafson have a strong relationship, so there is a trust factor that they can come to Phoenix and thrive.

“His confidence is high, and I think he’s so competitive, he just wants to be there for the team and the organization and for himself,” Hendrick said. “He knows how good he is.

“And I’ve talked to him several times this week. He’s ready for this race. He wants to win another championship, and Alan is fired up to win another one, too. I think when he gets out of the car, you’ll just a little bit of frustration with where they’ve ended up instead of: he’s just disappointed But he’s carrying a lot of the burden he doesn’t need to.

Elliott enters the weekend optimistic that the opportunity is there.

“We haven’t written the ending yet, have we?” Elliott said. “The narrative is there for you to do whatever you want and however you go about your day.”