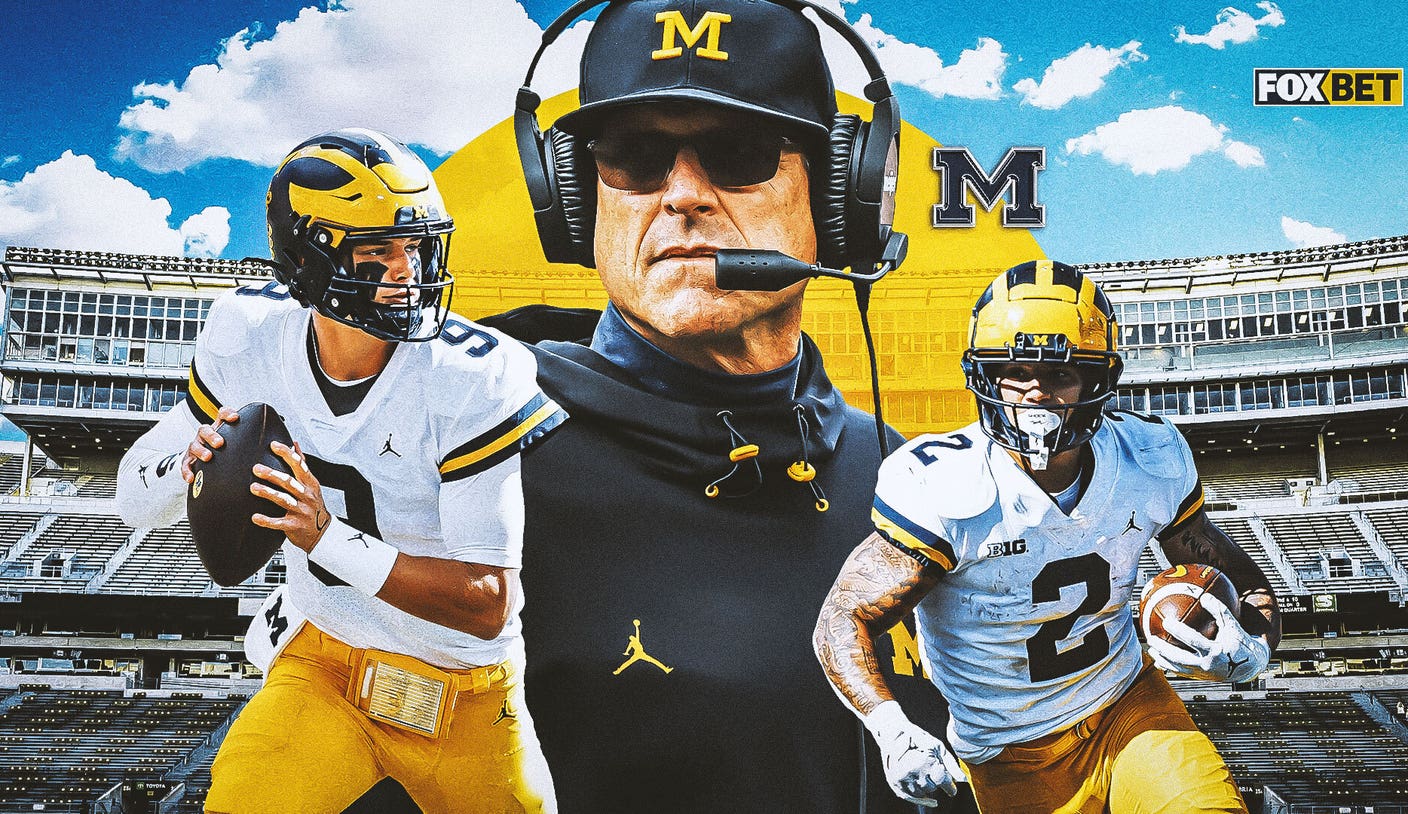 It’s rivalry week! And the highlight of a delicious post-Thanksgiving college football slate is No. 3 Michigan at No. 2 Ohio State in the 118th edition of “The Game” at noon ET Saturday on FOX and on the FOX Sports app.

It marks one of the biggest editions of the historic rivalry in recent memory. Both teams enter undefeated for the first time since 2006, and the winner will clinch a spot in the Big Ten championship game. More importantly, the winner will have an inside track on the College Football Playoff.

The Buckeyes and their fans will also have revenge on their minds after Michigan snapped Ohio State’s eight-year winning streak in Ann Arbor last season.

Should you back the Wolverines to beat their opponent in back-to-back years for the first time since 1999-2000? FOX Sports betting analyst Geoff Schwartz thinks so and offers his three reasons.

Let’s dive in, with probabilities via Bet FOX.

Michigan’s players believe they should win this game, which helps the Wolverines prepare for the week and execute on Saturday. Last season, the Wolverines controlled the line of scrimmage, pounded Ohio State quarterback CJ Stroud and displayed an explosive offense in an impressive double-digit victory.

Heading into this game, head coach Jim Harbaugh and his team will prepare knowing they can beat Ohio State again. They understand that if the game is close or not going their way, they can still pull out a win. If something weird happens, they can still win the game. That confidence goes a long way in a rivalry contest. Trust me.

That’s how Michigan won last season, and that’s how they want to win every game under Harbaugh. The Wolverines pride themselves on beating teams at the line of scrimmage and are among the best in the sport at doing so. Michigan’s offensive line won the Joe Moore Award last season as the best unit in the sport, and they are a semifinalist again this year. Michigan ranks fifth in rushing percentage and 12th in pressures allowed this season. Against Ohio State last season, the Wolverines rushed for 297 yards, and if Michigan can replicate that this weekend, it will have a chance to win this game outright.

On the other hand, Michigan’s defensive line is good at limiting the rush, but it’s not the same team it was last year without Aidan Hutchinson. However, Ohio State can be pushed into the trenches. For all the athleticism and potential the Buckeyes have in their big bodies, they can be outplayed by opponents who punch them in the mouth. That’s what Michigan will do.

Ohio State and Michigan 11-0 heading into ‘The Game’

Joel Klatt reacts as the Ohio State Buckeyes and Michigan Wolverines are 11-0 heading into “The Game.”

Both of these offenses are fabulous at turning red zone opportunities into points. Ohio State is second in offensive red zone scoring percentage, while Michigan is eighth.

However, Ohio State’s defense is awful on that side of the field, ranking 117th in red zone scoring percentage. The Buckeyes are allowing points on 90% of their opponent’s red zone chances. Michigan is much better, ranking 31st in red zone defense. In a game with two opponents who are nearly identical in most of their efficiency numbers, something like red zone success can be the difference in a win or loss.

TO PICK UP: Michigan (+8 at FOX Bet) to lose by less than 8 points (or win outright)