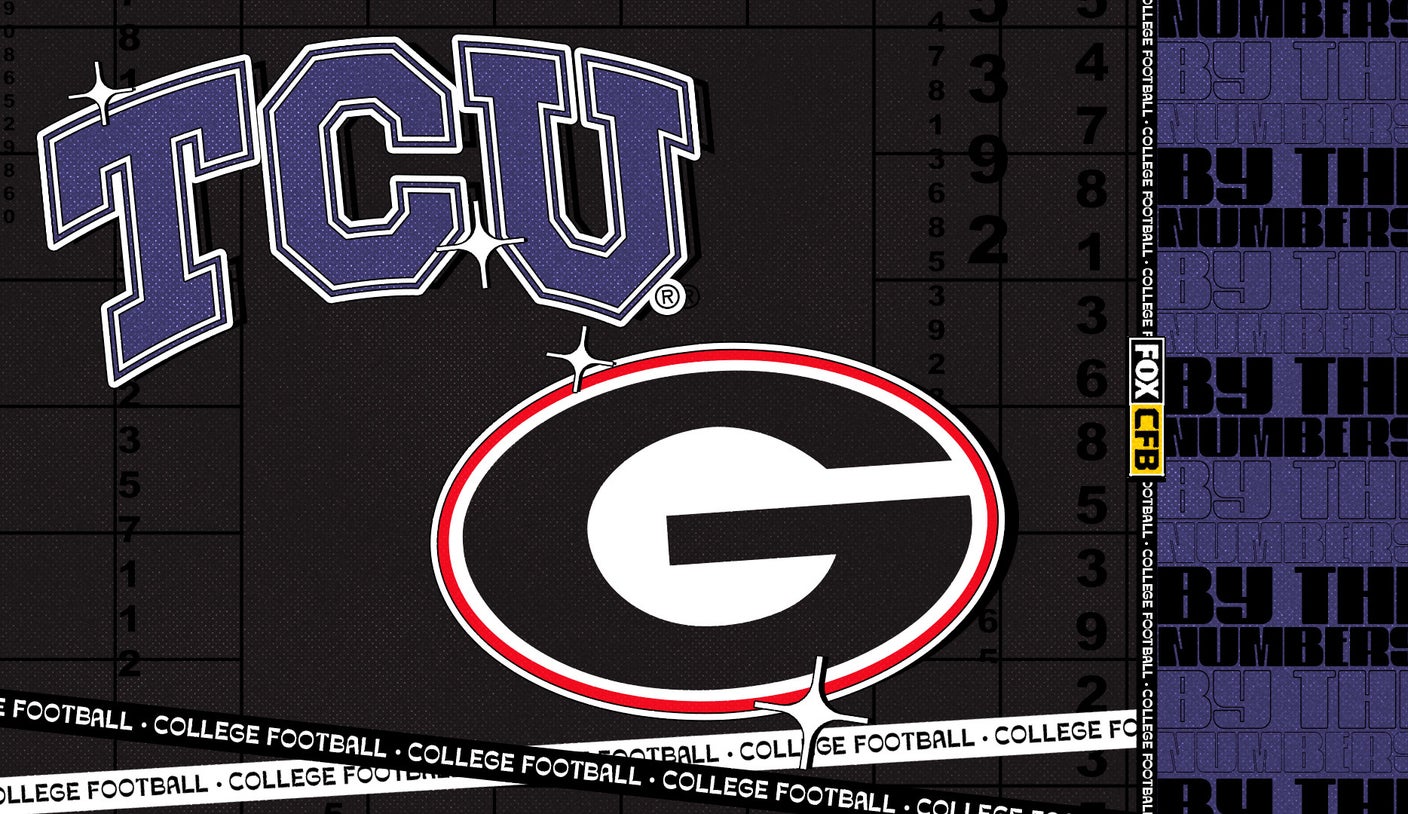 No. 1 Georgia will fight with number 3 TCU in the College Football Playoff National Championship on Monday in a highly anticipated tilt with the SEC’s undefeated Bulldogs and the Big 12’s Horned Frogs.

Here are the numbers to know before the action.

1: Georgia is aiming to become the first team in the CFP era to win back-to-back national championships.

14: The 2022 season is the first time Georgia has started a season 14-0. The Bulldogs have tied the school record for wins in a season with 14 after Kirby Smart’s squad also accomplished the feat in 2021 en route to a 14-1 season and its first national championship in 41 years.

56: Rotary Lombardi Award finalist tight end Brock Bowers leads the Bulldogs with 56 catches for a game-high 790 yards and six touchdowns. Bowers is the only player in the country this season with at least 75 yards rushing and receiving. Bowers has had six 100-yard games in his career.

4-1: Bulldogs CFP record in Smart’s seventh season at the helm.

39.4: The number of points Georgia averages per game, which is ninth nationally. The Bulldogs are 75-for-77 in the red zone, a national-leading 97 percent, this year with 52 touchdowns and 23 field goals. Additionally, the Bulldogs have outscored their opponents 551-207 this season, including 303-98 in the first half.

27: Georgia has recorded 27 punts on defense and special teams under Smart. The Bulldogs are 24-1 (the loss came against No. 8 Florida in 2020) when posting a non-offensive score under Smart.

14.8: Georgia ranks fifth nationally in scoring defense, allowing just 14.8 points per contest. The Bulldogs’ defense has posted 26 scoreless quarters, including five scoreless shutouts in the opening half this season.

27: Georgia allows teams to convert on third downs just 27 percent of the time, which ranks second nationally. On the other hand, Georgia leads the nation with an 84% conversion rate on fourth down (12 for 14).

47: Georgia is minus-2 in turnover margin. The Bulldogs have 47 points from 13 turnovers.

1: TCU is the first Big 12 team to win a CFP game and is making its first national championship appearance. TCU is playing in Los Angeles for the first time since the 2011 Rose Bowl, when they defeated Wisconsin to cap a 13-0 season and finish with a No. 2 national ranking.

5: TCU and Georgia meet for just the fifth time and first since the 2016 Liberty Bowl, when the Bulldogs won 31-23 in Smart’s first season as head coach. TCU is also aiming to become the fifth team, and the first since Michigan State in 1962, to win a national championship after having a losing record the previous season.

3: TCU is just the third team since 1998 to play in a national title game after being unranked in the AP preseason poll. TCU is the first school in the state of Texas to make the CFP and only the second team (Michigan, 2021) to be in the CFP after starting the season unranked.

17: Max Duggan’s 17 touchdown passes of at least 20 yards trails only Ohio State’s CJ Stroud (18) among Power 5 quarterbacks. Duggan has accounted for three or more touchdowns in nine games this season.

Will Max Duggan lead TCU’s offense to victory against Georgia?

100: Quentin Johnston has topped 100 receiving yards in each of his last two games, averaging 30.2 yards per catch in the process. Johnston is TCU’s first 1,000-yard receiver since Jalen Reagor (1,061) in 2018, and his 59 receptions are the most by a Horned Frog since Reagor had 72 that same year.

54-6: TCU’s record in its last 60 games with at least three shutouts, the last against Michigan.

13: The number of turnovers TCU has had this season. TCU ranks second in the Big 12 and 20th nationally in turnover margin at 0.64.

6: TCU’s six wins over ranked opponents are tied with Tennessee for the national lead

2: TCU is one of only two FBS teams to average at least 250 yards per game passing, 200 rushing and at least 30 passing and 30 rushing touchdowns.