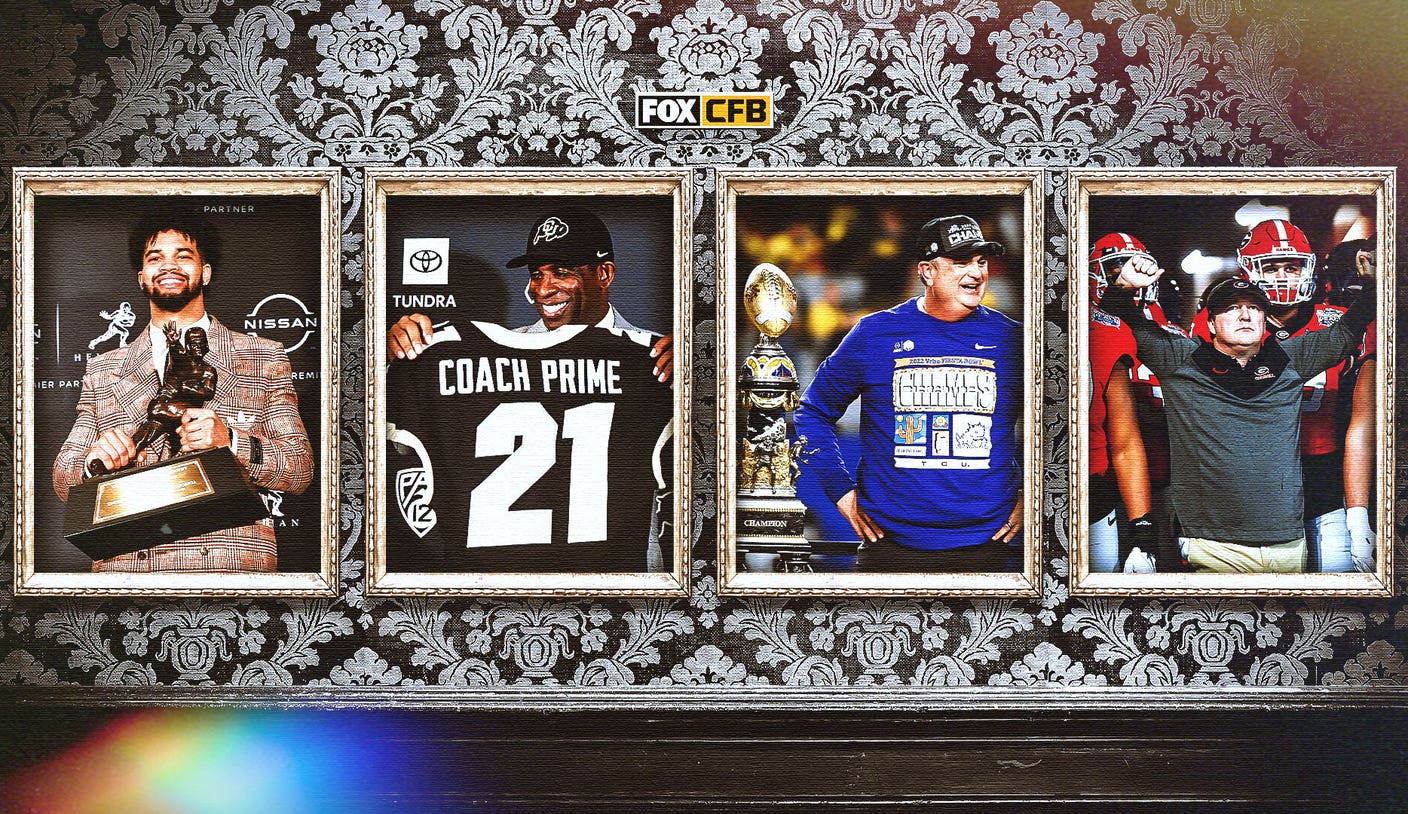 Another exciting college football season came to a close on Monday, with Georgia defeating TCU to lift the national championship trophy at SoFi Stadium in Los Angeles.

Now when the Bulldogs start planning how to win one third straight championship, we reflect on the year that was. Here are 10 things we learned from the 2022 college football season:

10. Deion Sanders is a joy to have in college football

Coach Prime led Jackson State to back-to-back Southwestern Athletic Conference titles and now heads to the Pac-12. Sanders brings his larger-than-life personality to Colorado, a program coming off a 1-11 season. Time will tell how he fares in the Buffaloes’ rebuild, but the name recognition will certainly help, and he already has a major win with cornerback/receiver Travis Hunter following him to Colorado through the transfer portal.

9. Our Lady it is in the right hands

After a rough start, with a close loss to Ohio State followed by an inexplicable home loss to Marshall, first-year head coach Marcus Freeman righted the ship. After that demoralizing loss, there were whispers, at least on social media, that openly questioned whether the 36-year-old Freeman was the right man for one of college football’s most coveted jobs. Notre Dame ended up finishing the season 9-4, capped by a Gator Bowl win over South Carolina. The Fighting Irish have a top-10 recruiting class for 2023 and are currently ranked No. 2 in 2024, and they reportedly have their new quarterback in Sam Hartman, who is coming over from Wake Forest via transfer portal .

8. So things are working out for Brian Kelly a LSU

After a weird offseason that included Brian Kelly leaving Notre Dame for LSU, altering his accent and dancing with recruits in a 360 photo booth, it’s been pretty good so far in Baton Rouge. The Tigers got off to a rough start early in the season, fueling the doubters with a loss to Florida State. But this team had some big wins, including a three-game stretch that saw the Tigers beat Florida on the road, and No. 7 Ole Miss and No. 6 Alabama at home. They also had big losses, including 40-13 against No. 8 Tennessee, 38-23 at Texas A&M and 50-30 at Georgia in the SEC Championship Game. But Kelly had his players ready for the Citrus Bowl, where they crushed Purdue 63-7. Big picture, as much as people didn’t think Kelly and LSU were a good matchup, going 10-4 in Year 1 in the SEC sure isn’t easy.

With the players sitting and some fans unconcerned about their respective teams’ bowl games, let’s look back at what things would have been like this year in a 12-team field. These would have been the confrontations on campus:

Georgia, Michigan, TCU and Ohio State would have had byes and then play the winners. The new format won’t be implemented until 2024, but it’s not too early to get excited.

6. The sport will miss Mike Leach

Mississippi State coach Mike Leach died last month after complications related to heart disease. He was 61 years old. Leach had a quirky personality and a dry sense of humor. He was a college football icon and a pioneer in the sport, known for his prolific aerial attacks.

His coaching tree was endless and included Kliff Kingsbury of the Arizona Cardinals, Dana Holgorsen of Houston, Josh Huepel of Tennessee, Lincoln Riley of USC and Sonny Dykes of TCU, who said he felt Leach’s presence in moment during the CFP semifinal win over Michigan.

He was also loved by his players, and his Bulldogs honored him with a special Pirate sticker on the side of their helmets during the ReliaQuest Bowl against Illinois, which they won 19-10.

5. Ohio State has a Michigan problem

That’s what we have to keep in mind when we think about the state of Ohio. Yes, the Buckeyes lost to Michigan two years in a row, but those were two of the most talented teams the Wolverines have had in a long time, more so than Urban Meyer has faced. Is going 11-2 in back-to-back years disappointing for a championship or bust program? Yes. But Ryan Day is 45-6 after losing to Georgia in the College Football Playoff semifinal by one point. This program isn’t broken, it’s just going through a Michigan phase.

Just because Texas and Oklahoma are out of the conference doesn’t mean the Big 12 is irrelevant. TCU made sure of that by becoming the first team in the conference to win a CFP semifinal game and play for a national championship in the CFP era.

In fact, the Big 12 looks poised to be the SEC and Big Ten’s biggest competitor, even after realignment. Especially with the additions of Cincinnati, Houston, BYU and UCF.

The two quarterbacks squared off in the national championship game that should never have been here. Bennett went from an under-recruited high school player to a favorite at Georgia, to a junior college player and then back to Georgia, where he just won his second national title.

Duggan was also overlooked as a high school prospect from Iowa who went from losing his starting job to leading TCU to the national championship game. And both were finalists for the Heisman Trophy this season.

It just goes to show that not everything is better by entering the transfer portal; sometimes it works too.

2. The transfer portal has a big impact

All you have to do is look at how some of this year’s biggest transfers have fared.

There will be more of this next season as more quarterbacks move on, including Hartman from Wake Forest to Notre Dame, DJ Uiagalelei from Clemson to Oregon State and Cade McNamara from Michigan to Iowa.

1. Georgia could be the new Bama

Georgia made history with a big win over TCU on Monday night, becoming the first program since Alabama in 2011 and 2012 to win back-to-back titles. Can we confidently say there has been a changing of the guard in college football? Alabama has been the measuring stick in sports for so long and maybe we should get ready for a new dynasty.