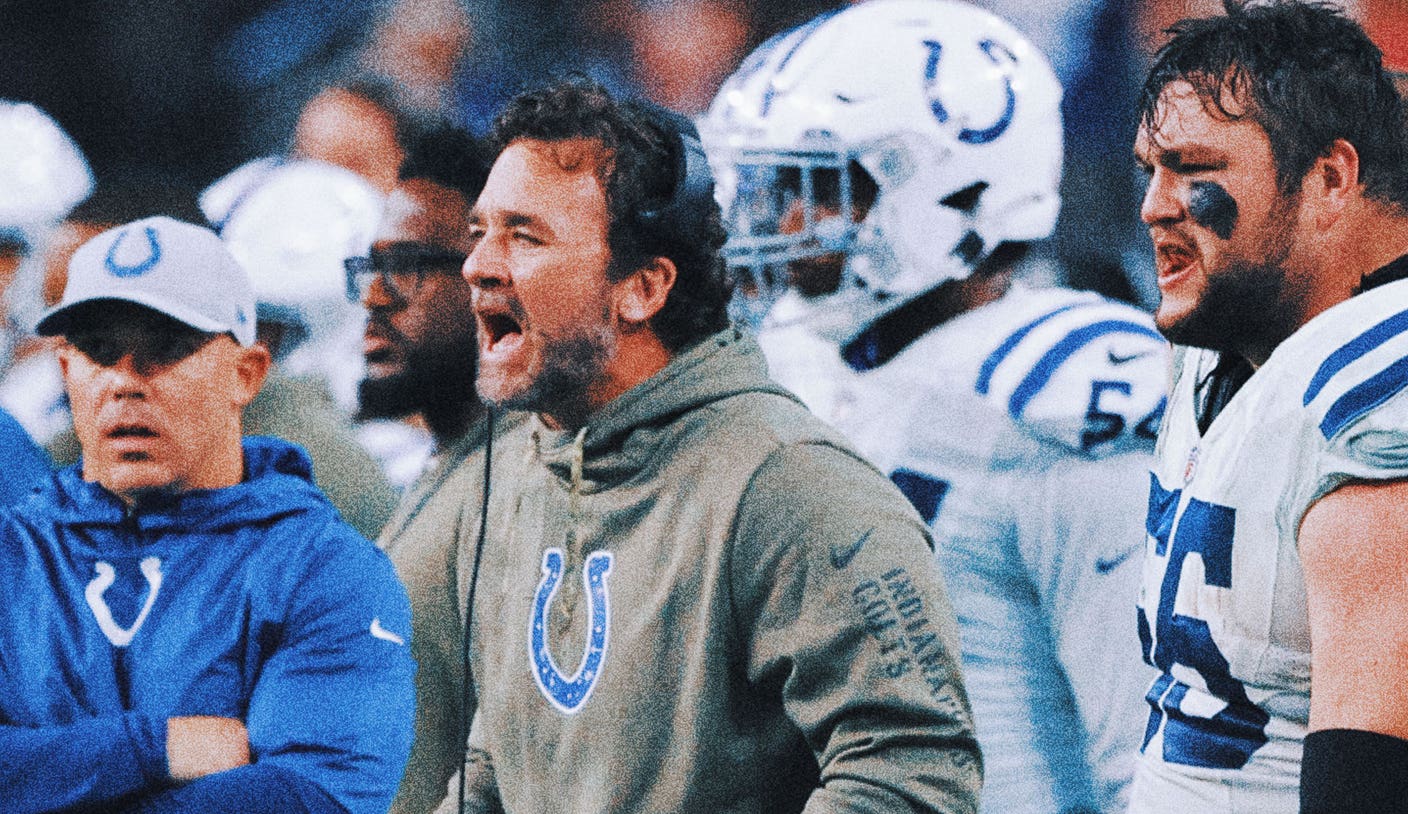 This season for the Indianapolis Colts has been like a movie, for all the wrong reasons.

The Colts fired their starting quarterback, fired their offensive coordinator and fired their head coach. Then they hired a franchise legend, most recently an NFL analyst for ESPN, with no coaching experience beyond the high school ranks to be the interim for the rest of the season. Then they gave offensive play-calling responsibilities to a 30-year-old assistant quarterbacks coach/passing specialist with no prior game experience.

The duration of all this? Less than three weeks.

As a result, it was probably best not to have any expectations coming into the Colts on Sunday. But they found hope. Somehow.

After weeks of dysfunction, the Colts (4-5-1) defeated the Las Vegas Raiders (2-7) at Allegiant Stadium 25-20 to kick off the improbable era of interim coach Jeff Saturday.

Jay Glazer reveals the Colts’ thought process in hiring Jeff Saturday and details the future of Saturday’s status with Indianapolis.

In the game, Indianapolis got big contributions from all those players who have to show up for the rest of the season to be successful.

“It’s been a hell of a week, man. A tough week for everybody,” he said in the locker room after the game on Saturday. “I can’t tell you how proud I am of each and every one of you. Coaches, players, staff.”

It starts with the defense, the only part of the team that hasn’t been a problem for the Colts this season. But the injury-plagued Raiders found a rhythm late in the first half and early in the third when they scored consecutive touchdowns in 12 games. Star receiver Davante Adams (nine catches, 126 yards, one touchdown) was also getting hot late in the game.

The Colts defense, however, clamped down to prevent a potential touchdown with less than a minute left. On a third-and-7 from the Raiders to the Colts’ 16 with 56 seconds left, linebacker Bobby Okereke broke up a pass from Derek Carr to tight end Foster Moreau in the end zone. On the next play, with the game in the balance, star cornerback Stephon Gilmore shut down Adams on the sideline, without missing, to force the incompletion.

On the other side of the ball, the Colts’ offensive line, the maligned high-priced unit that has been terrible, had its best game of the season, working in tandem with All-Pro running back Jonathan Taylor and the surprising return of Matt. Ryan as the starting quarterback (he had said on Monday that second-year pro Sam Ehlinger would remain QB1).

The O-line created big holes for Taylor, the engine of the offense returning from the ankle injury that has plagued his third season. He looked like himself. He had 147 yards and a touchdown on 6.7 yards per carry. He scored on a 66-yard run in the third quarter, making a subtle cut at the line of scrimmage, then picked up speed when he got to the second and third levels.

The O-line also protected well for Ryan, who was sacked and hit just once. He had time to operate where he has been best (and where the Colts will need him all season): in the clutch.

In the fourth quarter, on third-and-3 from the Colts’ 25, Ryan scrambled for 39 yards, more rushing yards than he had in any game in his 14 NFL seasons and counting. Then he completed back-to-back passes: to wide receiver Michael Pittman Jr., who picked up nine yards before losing eight after fumbling and recovering, and wide receiver Parris Campbell, who reached the end zone on a catch and 35-yard run, to cap a five-play, 82-yard drive that gave Indianapolis a 25-20 lead with 5:14 left.

Those would be the final points of the game, giving Ryan his fifth fourth-quarter comeback and his fourth winning streak in just eight starts with the Colts. He completed 75% of his passes (21-of-28) for 222 yards and a touchdown with no interceptions.

“Everybody stepped up, all three phases,” he said in the locker room on Saturday.

In an almost surreal set of circumstances, Saturday’s first win of the era came against Raiders coach Josh McDaniels, who more than four years ago was formally announced as the Colts’ coach to replace the fired Chuck Pagano, only to withdraw the same day. continue as the Patriots’ offensive coordinator.

This could only happen in a movie, right? For Indianapolis, only one movie can describe its current reality.