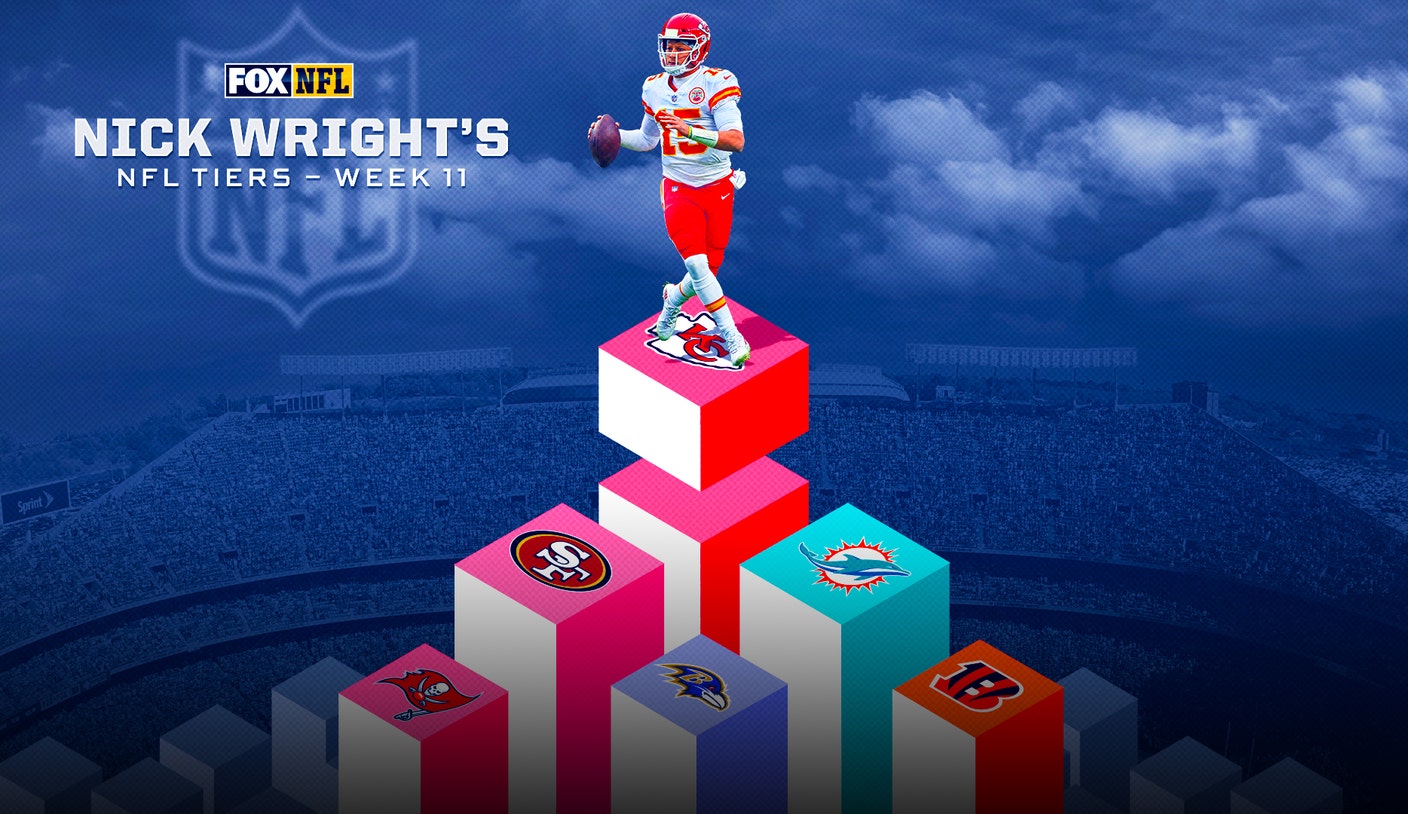 The Week 10 upsets have rippled through the NFL and knocked some teams down in the standings, according to Nick Wright and his “First Things First” committee. Meanwhile, the consistent teams that have been destroying their competitors are climbing the ladder.

Where did Nick’s undefeated Eagles and beloved Chiefs land? Let’s enter the levels.

Chiefs stay atop Nick’s Week 11 NFL rankings; The Cowboys, the Bills plummet and the 49ers rise

Wright’s thoughts: “Two new ones, the Rams and the Saints. Something interesting about this level, four of those 10 teams don’t have their first-round pick next year. The Browns, Broncos and Rams traded a quarterback for she, and the Saints. traded him so they could have Chris Olave. Well done, Saints. Now you’re not going to be in the desert forever, or anything.”

Wright’s thoughts: “Any of those teams lose this week, they’re out. Two of them play each other. Chicago and Atlanta play each other. The Cardinals play the Niners on Monday Night Football. The Jags are going to have a bye, so they’re going to do that. be sure.”

Wright’s thoughts: “Do what you know best at this point. You can’t trust any of these quarterbacks right now, what they’ve shown us. While I like [Taylor] Heinicke more than [Carson] Wentz. By the way, I think the committee gave the Packers a lot of respect, because we rate them a lot higher than their win-loss record suggests.”

Wright’s thoughts: “These three teams, any one of them would be thrilled, they just want to get into the playoffs. It’s sad that the Chargers are at this level. They had legitimate Super Bowl expectations this season, but they’re incredibly blown away. The Jets. – Robert Saleh stay with those receipts. I hope he doesn’t watch this show. And then Seattle will come in because Geno Smith is on the periphery of the MVP conversation.”

Wright’s thoughts: “Nobody wants to face any of those three teams in the playoffs. I’ve been told he hates the Bucs. The committee has written me off.”

Wright’s thoughts: “Kevin Wildes made me start reading the YouTube comments for this show. You know what’s a very common reason? “I can’t stand Nick. He’s so arrogant when he talks about the Chiefs, and he’s actually made me dislike the Chiefs, and it’s really frustrating because he’s right.’ Oh, it’s irritating how excellent they are. Even more irritating when they suddenly turn Kadarius Toney into the player the Giants thought he would be. When will Chris Jones suddenly win Defensive Player of the Year? Oh, maybe.”