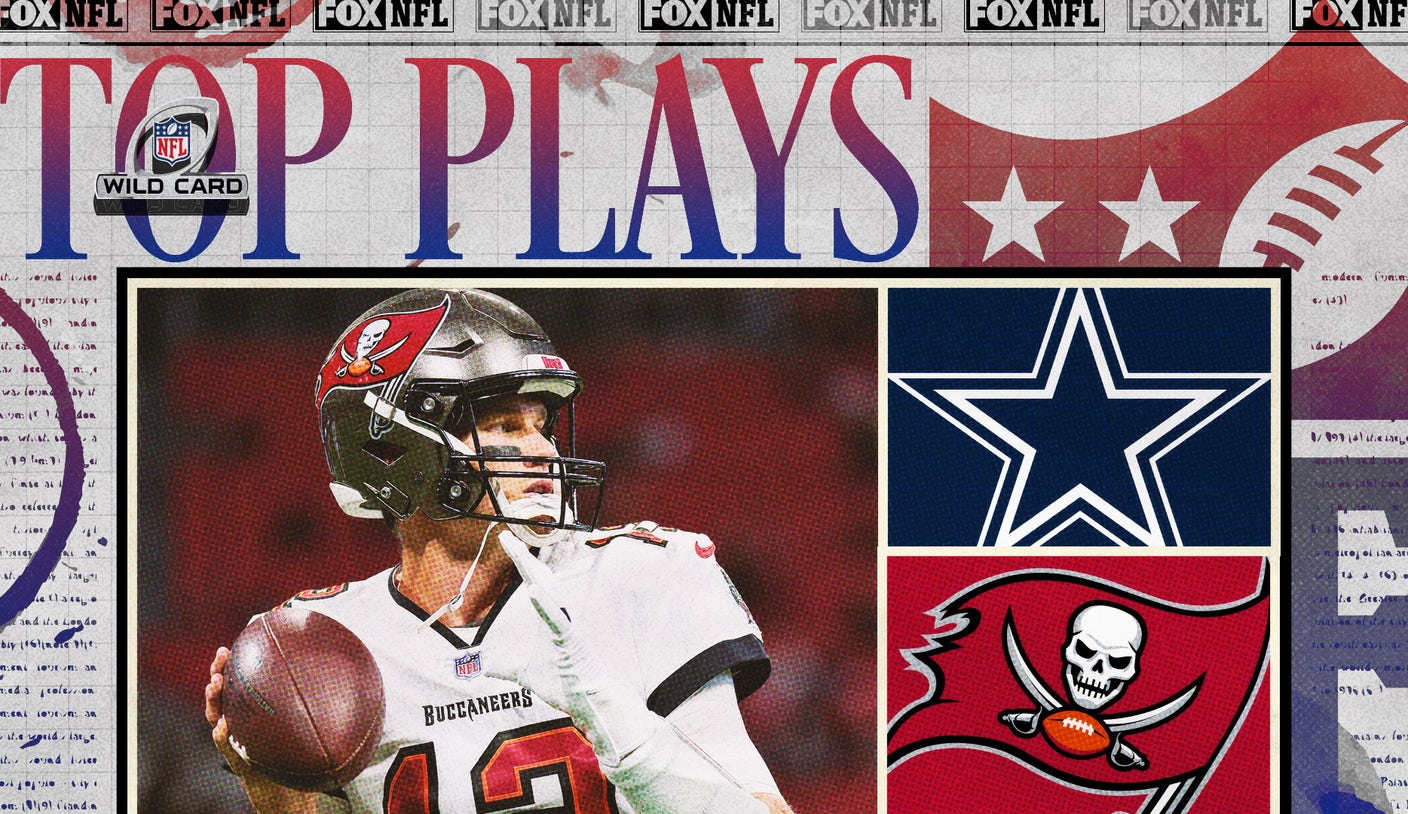 The wild-card round of the NFL playoffs comes Monday with Dak Prescott and the NFC’s fifth-seeded Dallas Cowboys on the road to battle Tom Brady and the fourth-seeded Tampa Bay Buccaneers.

The winner will advance to face the San Francisco 49ers in the divisional round (Sunday, 6:30 p.m. ET on FOX).

Jason Peters will start at LT for Cowboys

Dallas will also have someone in their 40s who will play a pivotal role on Monday. Peters will start at left tackle, as usual starting left tackle Tyler Smith will move to left guard after the injury to center Tyler Biadasz. It’s only Peters’ second start of the season.

–Ryan Jensen to make his return

The Buccaneers’ starting center will make his season debut on Monday, less than six months after suffering a serious left knee injury in July.

Vita Vea carried the thunder on third down, sacking Prescott to force the Cowboys to go three-and-out for the second straight drive to open the game.

After both teams went three-and-out on each of their first two possessions, Dallas finally got the ball moving on its third drive of the game. Some plays by Michael Gallup and Tony Pollard, along with a roughing the passer penalty, helped the Cowboys move the ball down the field before Prescott threw a 22-yard TD pass to Dalton Schultz.

However, the ensuing PAT went wide, keeping Dallas down 6-0 in the first.

Rachaad White made numerous jump cuts to help the Bucs pick up a first down on their third play of the game as they look to get on the board.

The 45-year-old QB made a play reminiscent of the Kansas City Chiefs star, connecting with Chris Godwin on a rushing shovel pass for an 11-yard gain.

Moments after the broadcast showed a graphic that mentioned Brady hadn’t thrown an interception in the red zone since joining the Buccaneers in 2020, he threw an interception. Brady threw a pick to Jayron Kearse in the end zone as he looked like he was trying to throw the ball out of bounds.

On fourth-and-goal from the 1-yard line, Prescott kept the ball himself on the fake handoff and booted into the end zone for the score.

However, Brett Maher missed the PAT again, keeping the Cowboys’ lead at 12-0 with just over six minutes left in the second quarter.

Dak puts it all in the third part

Needing six yards for a first down, Prescott scrambled and set up a 10-yard gain to keep the Cowboys’ final drive of the first half moving.

The Cowboys were in control throughout the first half, and Prescott again found Schultz in the end zone for an 11-yard score.

The only thing they didn’t have control over was their kicking game. Maher missed a third PAT after the touchdown, keeping the Cowboys’ lead at 18-0 just before halftime.