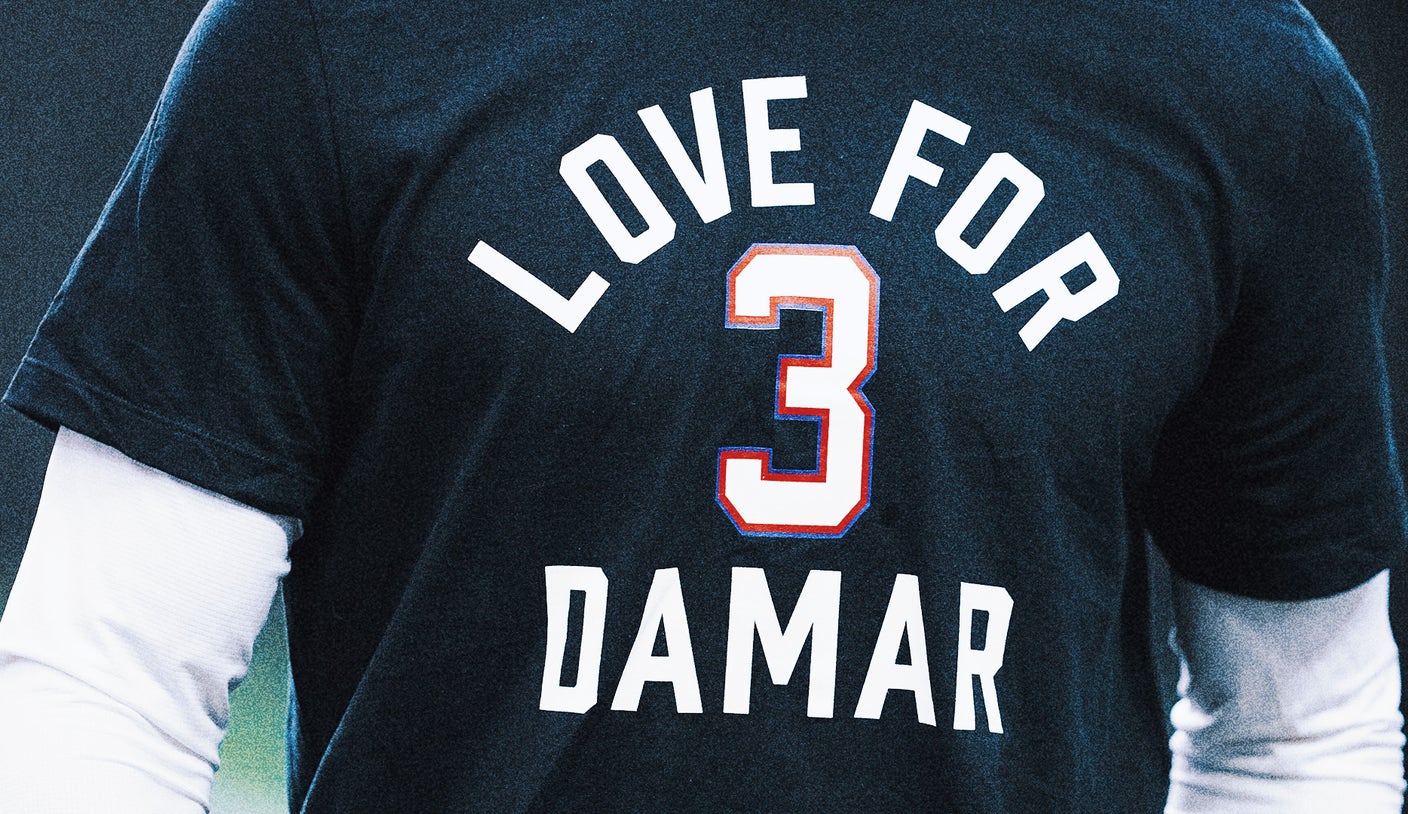 The NFL resumed play on Saturday for the first time since Bills safety Damar Hamlin collapsed on the field during Buffalo’s game against the Cincinnati Bengals on Monday night.

As the Kansas City Chiefs prepared to face the Las Vegas Raiders in both teams’ regular-season finale, the NFL community rallied around Hamlin, who remains hospitalized in critical condition but breathing alone, communicating and making “continued progress”.

Hamlin himself tweeted during the Chiefs-Raiders game for the first time since his injury, expressing thanks for the support he has received.

“This will make me stronger on the road to recovery, keep praying for me!” he said

Players from both the Chiefs and Raiders honored Hamlin in pregame warmups.

Both teams took the field wearing black jerseys emblazoned with the words “Love for Damar” and their jersey number 3, including Raiders stars Davante Adams and Maxx Crosby.

Chiefs quarterback Patrick Mahomes emerged wearing a sweatshirt with a picture of Hamlin and the words “Hamlin Strong.”

Additionally, the first digit on the 30-yard lines at Allegiant Stadium is highlighted in Bills blue, another nod to Hamlin and his jersey number.

Raiders announcer Tim Hughes led the fans at one point in cheering Hamlin and his family, who were joined by Chiefs and Raiders players.

Similar tributes will likely be seen across the NFL throughout the rest of the weekend as teams show support for the 24-year-old Bills safety.

The Bills will also wear the No. 3 patches on their jerseys in honor of their teammate as they take on the New England Patriots in Buffalo on Sunday.

Bills coaches and players have said that despite the traumatic week, the knowledge that their teammate is improving it allows them to be ready to play football again.