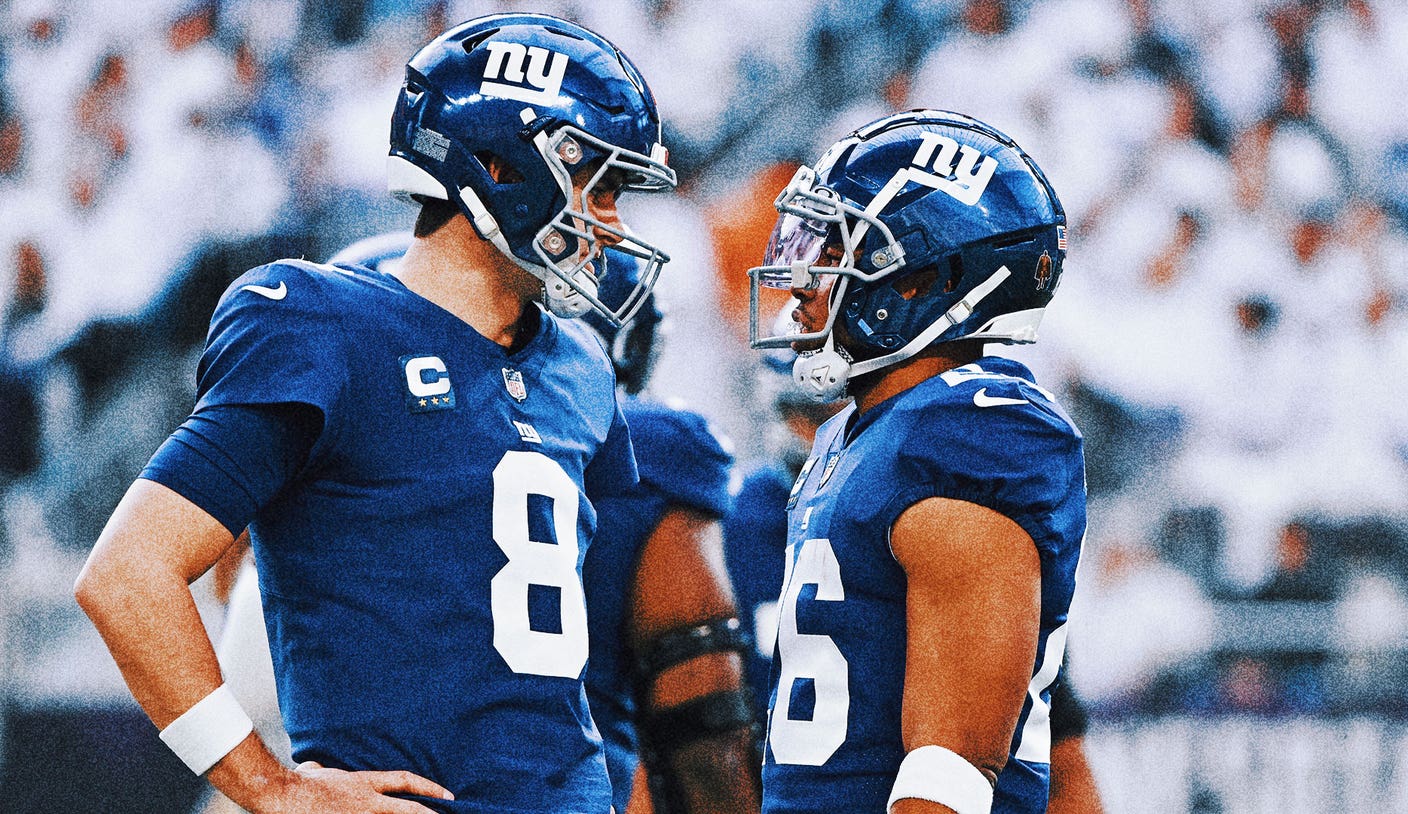 EAST RUTHERFORD, NJ – Joe Schoen was always honest about the mess he inherited when he was hired by the Giants a year ago. That’s why his expectations were always modest during the first year.

“I think it goes back to my opening press conference,” the Giants general manager said Monday. “The question was, ‘What is a successful season?’ We wanted to see progress.

“I think you’ve seen that all season.”

Now everyone will want to see more.

It’s inevitable that the bar will be raised for Schoen and the Giants after their impressive 9-7-1 season ended with a “crash landing,” as coach Brian Daboll called it, in a 38-7 loss in the divisional playoffs in Philadelphia on Saturday night. Just making the postseason exceeded almost everyone’s expectations. They are expected to do it again in 2023.

Divisional Round Qualifiers for each team

Colin Cowherd hands out ratings for all eight teams, including the Cowboys, Giants and Chiefs.

But whether they can depends on what Schoen does next. According to OverTheCap.com, the Giants are projected to have about $54 million in salary cap space this offseason. But that number doesn’t include their franchise quarterback or talented running back, who together could easily eat up more than half of that. They also have other free agents to deal with, such as safety Julian Love and center Jon Feliciano.

They also have a lot of holes to fill if they want to take the next step in 2023.

First, however, they must take care of their own business. So here’s a look at five key players they’ll have to deal with in the coming months. How they do will shape how the rest of their offseason goes:

QB Daniel Jones — Co-owner John Mara made it clear the Giants have found their franchise quarterback, with Schoen saying Monday, “We’d like Daniel to be here.” Making sure he doesn’t hit free agency is the top offseason priority for the Giants. The only question is how they will do it and how much they will pay.

“We feel like Daniel has played well this season,” Schoen said. “He’s done everything we’ve asked of him. There’s a business aspect to it. We haven’t taken that path yet. But we’d like to have DJ again.

Their “business” problem is that quarterbacks are expensive. Considering Ryan Tannehill’s 2020 contract pays him an average of $29.5 million and Derek Carr makes an average of $40.5 million on the deal he signed in April, the the idea of ​​Jones getting $40 million per season isn’t crazy. It might even be likely, considering there are several teams waiting for a quarterback like him to hit free agency and the franchise tag is expected to be $32.5 million.

According to a source, the Giants would rather sign him than use the tag, but it depends on whether they can get him at a reasonable price.

Will Jones be reasonable? “I love this place,” he said Monday. “I want to be here.” Of course, he also said he has a “good sense” of what franchise quarterbacks do. And he surely hasn’t forgotten that the Giants declined his $22.4 million fifth-year option last May, challenging him to prove his worth this season, which he did.

Is Daniel Jones still the answer after the Giants’ blowout loss?

Craig Carton decides if the Giants still have their quarterback in Daniel Jones.

RB Saquon Barkley — The 25-year-old is the most popular player on the franchise and the Giants want him back, too, but they seem to have their spending limits. Schoen said he wants Barkley back in 2023 “if it works out.” He also wouldn’t say how he values ​​runners in his team-building philosophy.

“Listen, Saquon has done everything we’ve asked him to do and he’s a good football player,” Schoen said. “Positional value … we’re going to go into how we want to build this team and allocate our resources. That’s what it comes down to.”

The Giants approached Barkley’s agents about a contract the week of the layoff and, according to a source, offered a multi-year deal worth about $12 million per season. “We weren’t that close,” Schoen said. “We were out of gear.”

Barkley, according to a source, was hoping for a deal in the Christian McCaffrey range — $16 million per season — but said Monday it would be “realistic,” though he didn’t define what that meant.

“I’m not really too worried about resetting any markets,” he said. “I know what I was about to do, but having two injury-riddled years and having a season without performing at the level I know I can do (last year) doesn’t help.”

The Giants may not be willing to exceed his severance offer, especially when they can use the franchise tag for just $10.1 million for one year.

DT Dexter Lawrence – They have some time with their defensive tackle because they picked up his fifth-year option for 2023 for $12.4 million. But they would like to reduce that headcount, and Schoen was clear that Lawrence has earned a long-term deal.

The current pace for defensive tackles is somewhere between $17-21 million per year, which is a lot. The Giants believe Lawrence, who had 7.5 sacks this season, is worth it, but they may have to shift cap space elsewhere. Or they could wait a year and risk raising the price.

DL Leonard Williams – With a salary cap hit of $32.26 million for 2023, Williams is a prime candidate for a pay cut. But will he accept it? He first said “I’d probably consider it” on Monday, but then took it back and said he’d have to talk to his agent.

Schoen joked that he liked Williams’ first answer. Clearly, he knows that head count, one of the highest for a non-quarterback in the NFL, is too much for a player who had just 2.5 sacks last season and missed games (five) with injuries first time in his career. . He’s still only 28, but he’s no longer the best player on the line

They could cut it after June 1 and clear about $18 million in cap space, though even that would leave $14.3 million in “dead money” on their books. They could restructure their deal, but Schoen doesn’t like to do that because it pushes headshots into the next few seasons. Ideally, Williams would take an $18 million pay cut, but it’s really not at all clear if he or his agents will agree to that.

“You can’t get out of this hole”

Daryl Johnston and Joe Davis break down the Eagles’ impressive win over the Giants.

S Julian Love — Another Giants player was approached during the bye week for a new contract, so yes, they want him back. But Schoen said they weren’t that close to him either. Its price could be high. Love said Monday, “I think I’ve had a big impact on this team this year, not just with the game but with who I am as a person.”

He also added that “I have to do what’s best for me” and that he wants to “secure generational wealth” for his family, according to the New York Post.

Security salaries have increased in recent years. And while the 24-year-old Love probably won’t command the $14 million-plus a year that the top guys get, he could make more than $10 million a year on the open market. That possibility will likely lead to him at least proving his worth in free agency, and that could pose a problem for the Giants because of all of their other priorities, and with safety Xavier McKinney eligible to negotiate a contract extension this time as well low season.