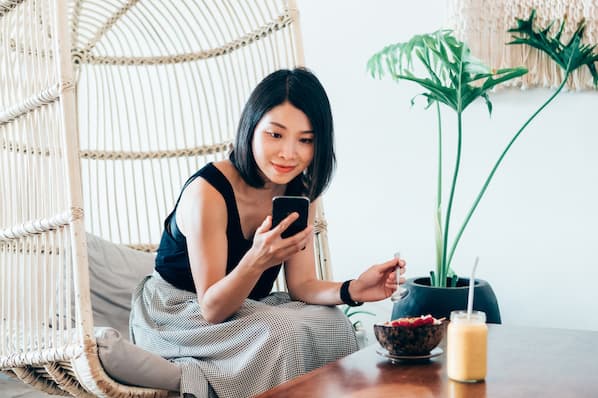 Remember a few years ago when Instagram launched a Snapchat-like feature in its app? More recently, the brand announced that it will shift to a video-first approach, presumably to compete with short-form video platform TikTok.

Well, today, Instagram is testing a feature that’s eerily close to the BeReal trending platform. In this article, we’ll discuss what this could mean for marketers.

Before we get into Instagram, here’s a quick update on BeReal.

This social networking app has been around for a few years, but it only came out this year. The app has been labeled the anti-Instagram, encouraging users to ditch the filters and gloss and be more authentic.

Here’s how it works: The app uses a dual camera feature (front and back cameras) and at a random time during the day, users will be asked to take a photo of their current environment within two minutes. They cannot upload a photo, it must be taken from the camera.

Then, once you’ve shared it, you’ll be able to see your friends’ posts that were prompted at the same time.

BeReal’s ad reads “No filters. No dislikes. No followers. No nonsense. No ads. Just your friends, for real.”

The shade towards Instagram isn’t exactly subtle, but it reflects a criticism many users have made, including influencers like Kylie Jenner.

Instagram seems to have responded by testing a BeReal-like feature, among others. In July, the platform introduced “Dual,” which allows users to post content using both the front and rear cameras.

In an apparent attempt to copy the popular BeReal app, Instagram is rolling out its own feature (called “Dual”) to take disappearing photos with the front and back cameras simultaneously

At this point, the only similarity was the look of the camera.

However, a few weeks later, developer Alessandro Paluzzi revealed that Instagram was testing “Honest Challenges,” a feature using Dual that would also have a timed component asking users to share their story. Sound familiar?

Instagram confirmed this in a short statement, saying it’s an internal prototype with no external testing at this time.

#Instagram is working on IG Candid Challenges, a feature inspired by @BeReal_App 👀

ℹ️ Add other Candid IGs to your story tray. And every day at a different time, get a notification to capture and share a photo within 2 minutes. pic.twitter.com/caTCgUPtEV

The short answer is that it’s still too early to tell.

The first reason is that it is not yet clear whether BeReal is a suitable platform for brands. As it stands, BeReal doesn’t have many (if any) brand-friendly tools.

With Instagram potentially adopting BeReal’s features, this could give the app the freshness and authenticity it’s been missing lately.

This is good news for brands, as they could continue to build on Instagram without having to adapt and grow on a new platform.

A TechCrunch article suggests that BeReal is still in its early stages, struggling with issues affecting the user experience.

While BeReal might threaten Instagram’s dominance, it’s not quite there yet.

For now, it’s worth keeping an eye on both platforms to see how their features and user sentiment evolve along with them.