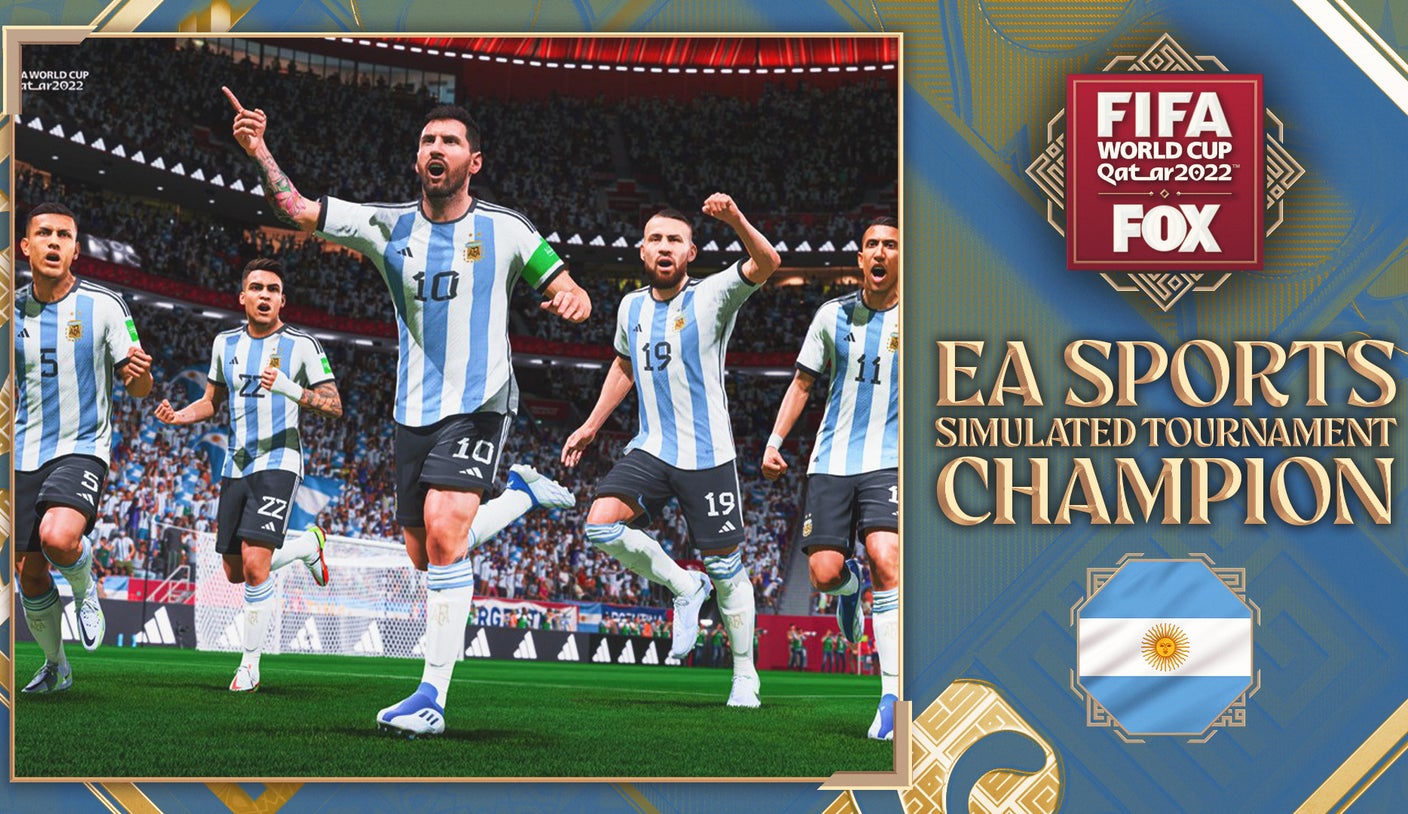 In 2010, EA Sports used the FIFA game to simulate that year’s World Cup tournament and projected Spain to win it all. Sure enough, Spain eventually defeated the Netherlands in the real-life title match to win the country’s first world championship.

When EA Sports did the same in 2014 and 2018, those predictions also came true, with Germany and France taking home the crown in both the virtual and real-life editions weeks later.

Argentina are one of the betting favorites to win this year, currently tied for the third shortest odds at +550 at FOX Bet to take the trophy (bet $10 to win $65 total). A World Cup in 2022 would be the greatest success of the captain of the Argentine team, Lionel Messi, who has said that this next World Cup would be his last.

It would be even sweeter for Messi and Argentina if their title run played out exactly as FIFA 23 simulated: a 1-0 World Cup final victory over arch-rivals Brazil.

Messi, 35, is arguably the best footballer of his generation, with nearly two decades of success at famed European club FC Barcelona before moving to Paris Saint-Germain in 2021. However, Messi has never been capable of capturing a World Cup, the closest he came when his team reached the 2014 final before losing to Germany. Argentina had not even won a major international soccer championship under Messi until he led the team to the Copa America in 2021.

Following Lionel Messi’s impressive performance against Benfica in the Champions League, Alexi Lalas and David Mosse break down how Messi is consistently putting in big performances for PSG.

The FIFA simulation also predicts that Messi will be the tournament’s top scorer with eight goals in seven games. The party also anticipates that he will make the 2022 World Cup Tournament team alongside teammates Emiliano Martínez, Marcos Acuña, Leandro Paredes and Rodrigo De Paul. Argentina’s stacked squad has enjoyed stellar success in recent years, with their last loss coming in 2019.

Can Argentina keep it up and finally give Messi that elusive World Cup title? Tune in to find out when the 2022 World Cup kicks off on November 20 only on FOX, FOX Sports 1 and the FOX Sports app.