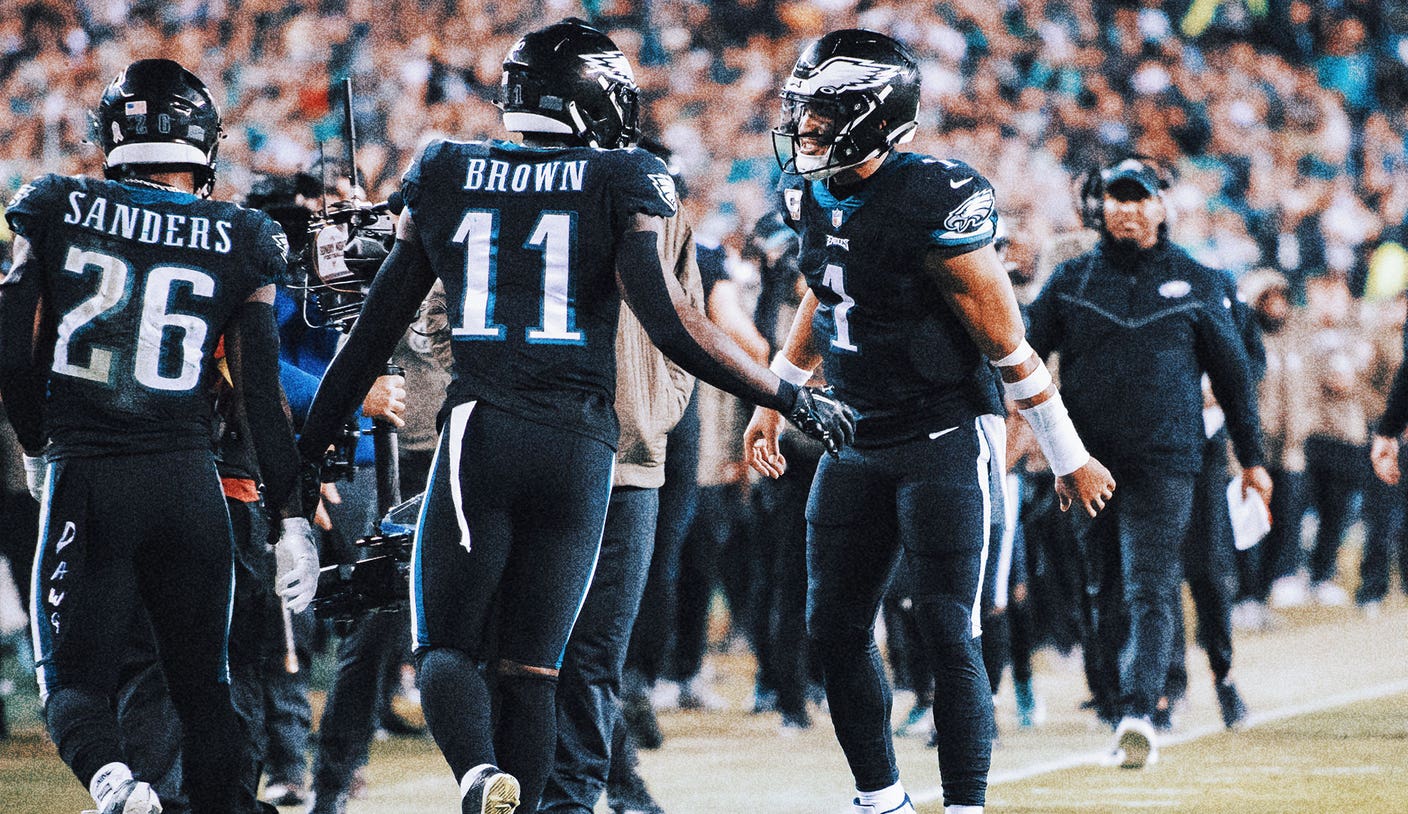 The NFL-leading Philadelphia Eagles had a league-best eight players, including quarterback Jalen Hurts, selected to the first Pro Bowl games.

The league announced the NFC and AFC rosters on Wednesday. Players from both conferences will compete in skills competitions for a week culminating in a flag football game on Sunday, Feb. 5 at Allegiant Stadium in Las Vegas. The NFL eliminated its full-contact all-star game in September.

Kansas City and Dallas each had seven players chosen for the Games. San Francisco and Baltimore are next with six. Only two teams, Jacksonville and Chicago, are not represented on the initial roster.

Patrick Mahomes is the AFC’s starting quarterback. Josh Allen and Joe Burrow are his replacements. Kirk Cousins ​​and Geno Smith back up Hurts.

Smith is a first-round pick in his 10th NFL season. He is the first quarterback since Rich Gannon (1999) to earn his first Pro Bowl selection in year 10 or later of his career.

49ers left tackle Trent Williams was selected for the 10th time. Aaron Donald became the first defensive lineman to make the Pro Bowl in each of his first nine seasons. He is the sole representative of the defending Super Bowl champion Los Angels Rams (4-10).

Miami’s Tyreek Hill was selected to his seventh consecutive Pro Bowl, joining AJ Green as the only wide receivers to earn Pro Bowl honors in each of their first seven seasons.

Twenty-five of the 88 players selected are first-rounders, including rookie cornerbacks Sauce Gardner of the New York Jets and Tariq Woolen of the Seattle Seahawks. It’s the second time two rookie cornerbacks have made the initial Pro Bowl roster. The first came in 1982 when Pro Football Hall of Famer Ronnie Lott and Everson Walls did it.

The starting NFC starters are Brown and Justin Jefferson. CeeDee Lamb and Terry McLaurin were also part of the cast. The AFC’s starting receivers are Hill and Stefon Diggs.

Davante Adams and Ja’Marr Chase also made the squad.

George Kittle starts at tight end for the NFC and TJ Hockenson made the team after a midseason trade from Detroit to Minnesota.

Squad selections were determined by consensus votes from fans, players and coaches.

Each group’s vote counted for one-third to determine the teams. The NFL is the only sports league that combines voting by fans, coaches and players to determine its stars. It was also the first professional sports league to offer online all-star voting in 1995.

The AFC and NFC will kick off with five skill contests on February 2nd. On Sunday, there will be three flag football games and three additional skills competitions between the two conferences.

The winner of each skills competition earns three points for their conference. There are eight total skill competitions for a total of 24 points available.

The winner of each of the first two pennant games earns six points for their conference. The first two flag matches are worth a total of 12 available points.

The points from the eight skills competitions and the first two flag games are added together and this will be the result at the start of the third and final flag game. The third flag game will determine the overall winner of the Pro Bowl Games.

The pennant games will feature a traditional AFC vs. NFC matchup with 27 skill position players available from the full roster for each conference.

Each team will also have an available center on their roster. The game will be played from 7 to 7.

Each game will last 20 minutes, with two 10-minute halves on a 50-yard field with two 10-yard end zones.