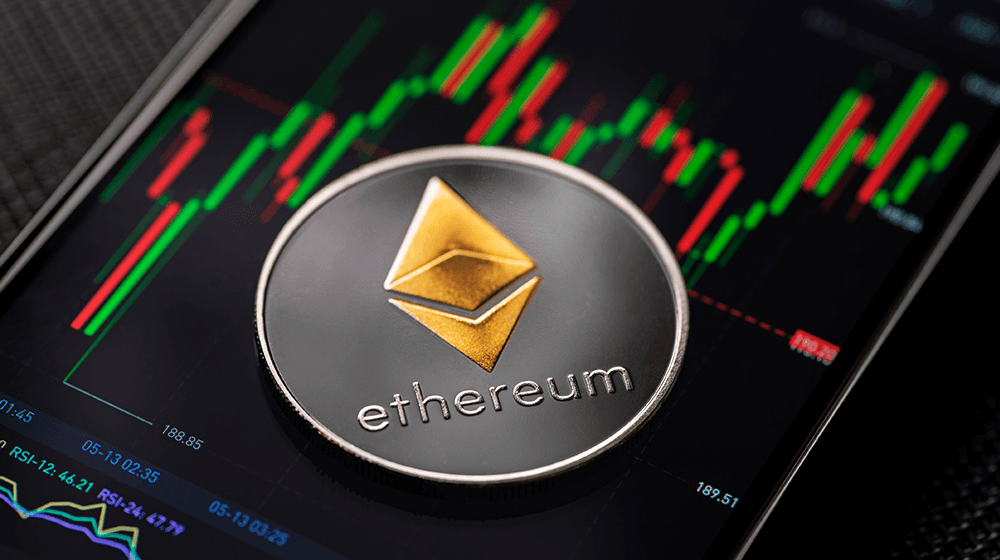 Ethereum’s current price has reached $1,619.21, up from $1,500 on Wednesday showing signs of a rebound. Additionally, the cryptocurrency saw a boost with the Federal Reserve’s announcement on Wednesday of raising interest rates by 75 basis points. Ethereum soared over 11.15% in just 24 hours on this move.

This follows Ethereum’s 40% rally last week, sparked by the network’s developers announcing a tentative date for their massive software update. The unexpected recovery ends concerns among investors that a possible rise in interest rates could reduce the value of cryptocurrencies.

This week, Ethereum recorded its lowest valuation between $1,361.67 on Tuesday, while it saw a high of $1,659.66 on Thursday. With a current circulating supply of over 121 million and a market cap of 197.8 billion, Ethereum represents 15% of the crypto market.

In addition to its improved value, Ethereum also broke a new record with more than 1.1 million addresses conducting ETH transactions on Wednesday, up 48% from the previous record.

Ethereum is also experiencing a resurgence thanks in part to the news of the merger of Ethereum’s current execution layer with the Beacon Chain proof-of-stake system. This would mean the end of Proof of Work for Ethereum and a complete transition to Proof of Stake.

This will also bring opportunities for the blockchain for future scaling upgrades, including sharding and reducing Ethereum’s energy consumption by around 99.95%. The merger is one of the most significant and long-awaited updates in Ethereum’s history that improves features and security.

The Ethereum ecosystem is experiencing significant developments in the race to scale the network and has become a favorite among software developers, offering users a myriad of applications such as running smart contracts in non-fungible token (NFT) trading.

Founded in 2013, Ethereum is a decentralized, open source blockchain with smart contract functionality. It was designed to expand the uses of cryptocurrencies by allowing developers to create their special applications.

Unlike other traditional applications, Ethereum-based applications are called decentralized applications that run automatically through the use of smart contracts. Today, Ethereum is a popular cryptocurrency and second only to Bitcoin in market capitalization. Because of its use cases, Ethereum is considered one of the best crypto tokens to buy right now.