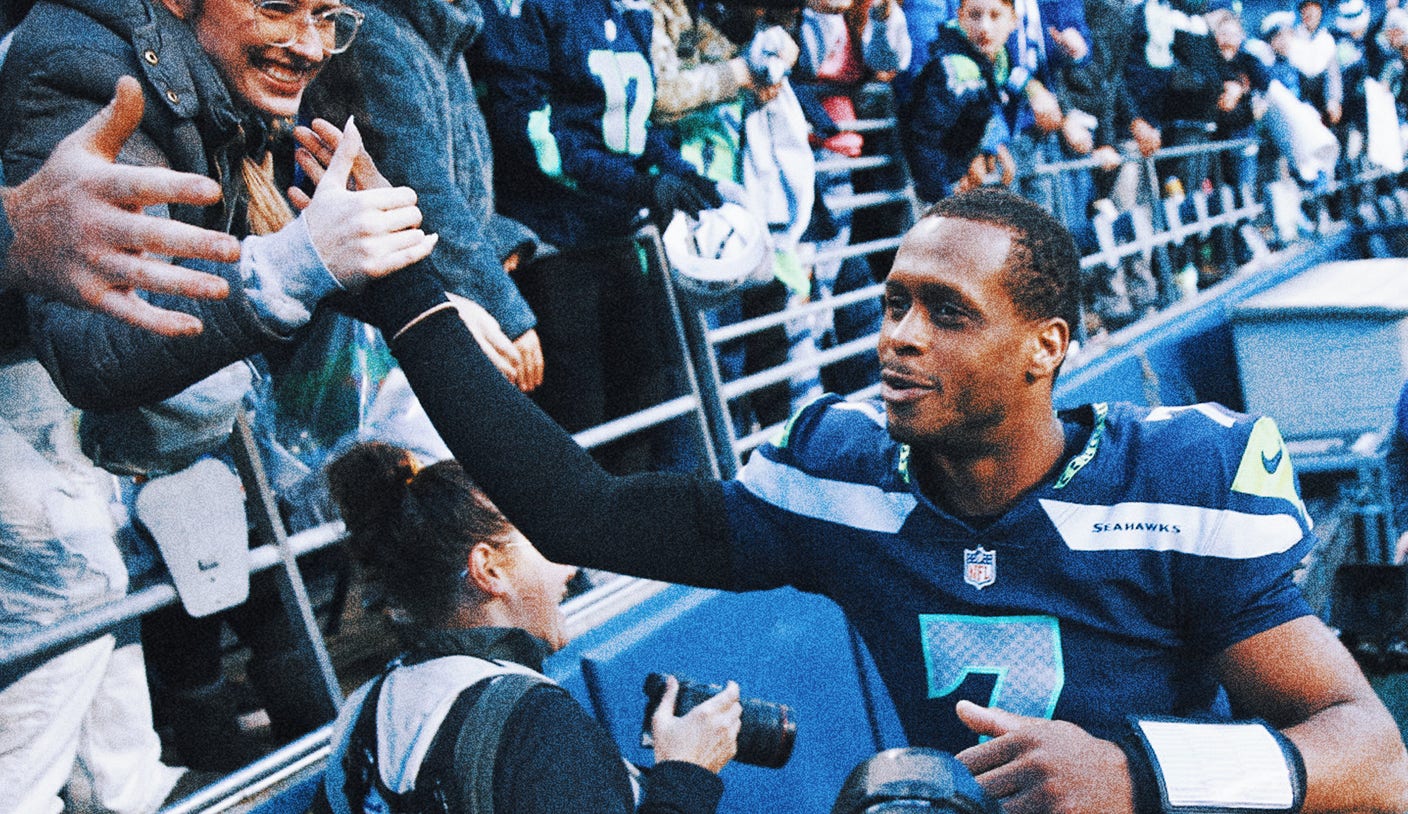 Playing against his former team with a postseason berth still possible, Seattle Seahawks quarterback Geno Smith played efficient football in a 23-6 victory over the New York Jets at Lumen Field on Sunday.

Smith finished 18 of 29 passing for 183 yards, two touchdowns and a 103.1 passer rating. Even better, he improved his record to 3-0 against his former teams this season, including a 37-23 road win over the Los Angeles Chargers in Week 7 and a 27-13 win over the New York Giants in Week 8.

Geno Smith on the Seahawks’ win over the Jets

Smith was selected in the second round of the 2013 draft by the Jets and compiled a 12-18 record in four seasons with New York.

“Honestly, it doesn’t mean anything, other than it gives us a chance to make the playoffs,” Smith said of beating the Jets. “I’m actually grateful to have been drafted into the NFL by the Jets. Even though things weren’t perfect there, there were some good times. And there are still some people I hold dear in my heart.

“I have a lot of good relationships in New York. So it was just another game for me. It was good to see some good friends and some people I played with.”

To make the day even better, Smith eclipsed the 4,000-yard passing mark (4,069) for the first time in his career, earning a $1 million incentive bonus. He is just the second quarterback in franchise history to surpass that mark in a season. Russell Wilson topped 4,000 yards four times during his decade-long career in Seattle.

“I thought he did a good, solid job of taking care of business,” Seahawks head coach Pete Carroll said of Smith. “I thought he was witty, creative and made some great plays.”

With the win, the Seahawks improved to 8-8 on the year and remain in the playoff hunt. Seattle needs a win over the Los Angeles Rams at home next week, along with help from the Detroit Lions, with a tie or road win over the Green Bay Packers in the final week of the regular season.

“That was a playoff weekend this weekend, and we’ve got another one next weekend, so here we go,” Carroll said. “We are ready to continue, but we have to see if we can make it happen.”

New York fell to 7-9 on the year and was eliminated from postseason consideration with the loss. The Jets have missed the playoffs for 12 straight years, the longest active drought in the league.

Defensively, the Seahawks got New York quarterback Mike White, who returned for the first time after sitting out two games with broken ribs. White was plundered four times and hit 10 more times. He finished 23-for-46 with 240 passing yards, no touchdowns and two interceptions for a 47.4 passer rating.

Seattle held the Jets to 279 total yards and 4-for-13 on third down. The Seahawks also won the turnover battle, forcing three New York turnovers and no turnovers. The Seahawks are 5-0 this season when they don’t turn the ball over.

The Jets haven’t scored a touchdown in eight straight quarters.

“We’re not done driving,” White said. “I thought in the first half we were moving the ball pretty well. We were getting into positive territory, but for whatever reason, we just couldn’t finish the drives, so that didn’t help.”

Rookie running back Kenneth Walker III had another strong start for Seattle, finishing with 133 rushing yards, including a 60-yard jaunt on the opening drive to set up Seattle’s first score of the game. Walker now has four games this season with over 100 rushing yards.

While Seattle’s top receivers, DK Metcalf and Tyler Lockett, combined for just three catches for 18 yards, other Seahawks took over the game. Running back DeeJay Dallas finished with 98 scrimmage yards, including a 41-yard shovel pass that put Seattle in scoring position. And Smith connected with Seattle tight ends for eight receptions for 83 yards and two scores.

Seattle scored on its first three possessions of the game.