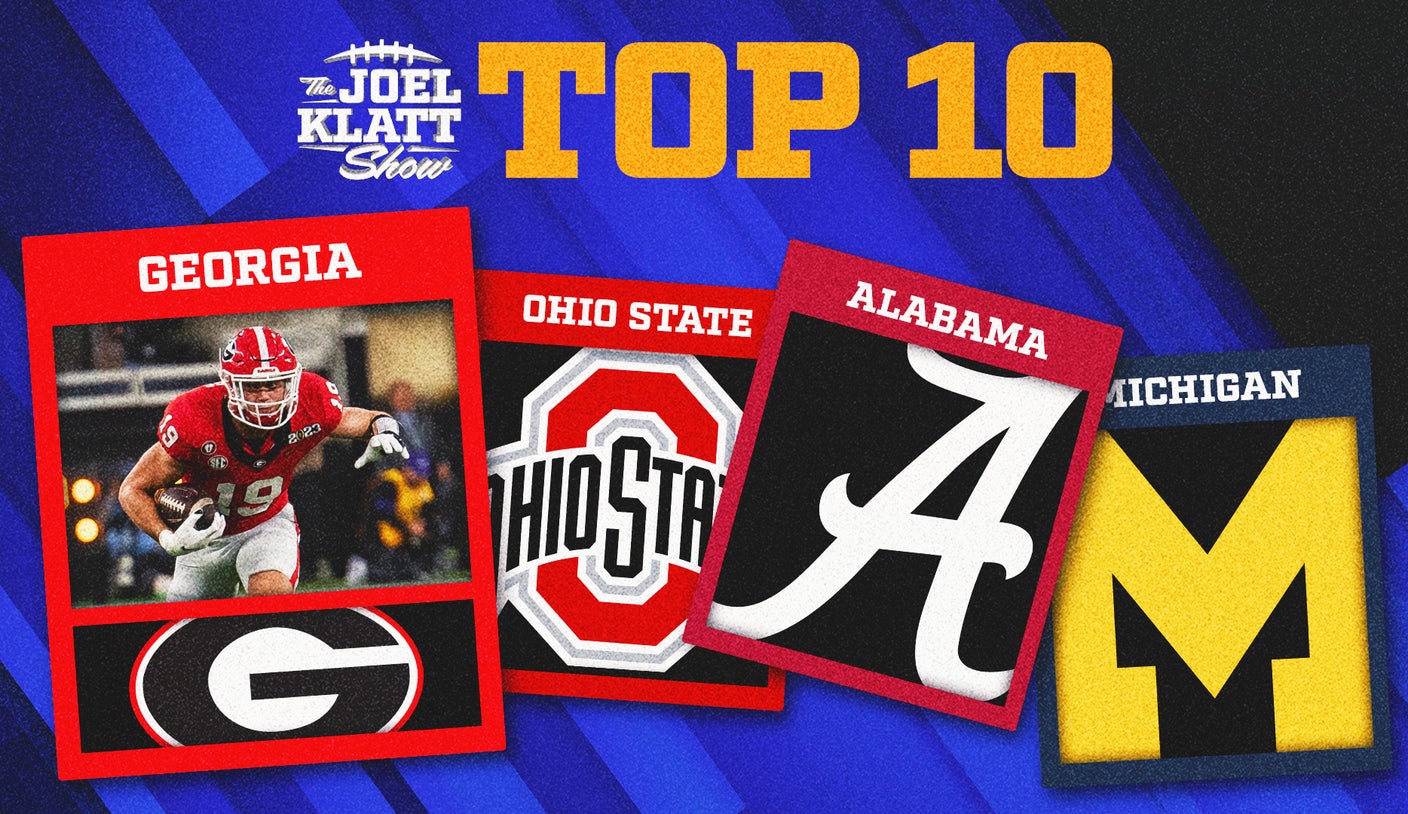 Georgia quarterback Stetson Bennett had a surprising quote after the Bulldogs’ 65-7 win over TCU in the College Football Playoff National Championship on Monday that summed up the program’s recent dominance.

“It seems like for the last three or four months we’ve been looking to see if anybody could beat us,” Bennett said, “and we just ran out of games. Nobody could.”

When you look at the talent Georgia is expected to return next season, as well as a loaded recruiting class arriving in Athens, it could be the same story in 2023 for Kirby Smart and the Bulldogs.

Why they rank here: The Bulldogs became the first program since Alabama in 2011-12 to win back-to-back national titles, and expectations will be high again for Kirby Smart’s team in 2023. Many key starters are expected to depart in the NFL, including Broderick Jones, Kelee Ringo and Darnell Washington, but the Bulldogs have outstanding depth and are bringing in another loaded recruiting class. The biggest question facing this team will be at quarterback, as Carson Beck, Brock Vandagriff and Gunner Stockton will all get a chance to prove themselves.

Why they rank here: The Wolverines made their second straight trip to the College Football Playoff, once again falling short of the national title game. The team is expected to return a lot of talent next season, including QB JJ McCarthy, RB Blake Corum and LB Junior Colson. Assuming Jim Harbaugh remains the Wolverines’ head coach in 2023, the Big Ten should once again pass through Ann Arbor next season.

Why they rank here: The Buckeyes return plenty of talent at offensive skill positions, including All-American wide receiver Marvin Harrison Jr. But the question is who will throw the ball to him? Two-time Heisman Trophy finalist CJ Stroud is expected to leave for the NFL, which leaves a gaping hole at QB. Kyle McCord and Devin Brown are expected to compete for the starting QB spot.

How should Buckeye fans feel about Ohio State?

Joel Klatt talks about the following for Ohio State after the loss to Georgia in the CFP semifinals.

Why they rank here: How will Alabama handle the loss of All-Americans Bryce Young and Will Anderson Jr. in 2023? Nick Saban always seems to reload, and that should be the case again next season as the Crimson Tide field the nation’s top-rated recruiting class. Jalen Milroe and Ty Simpson will likely compete for the starting QB spot, while several young and talented players are expected to step up on both sides of the ball.

Why they rank here: The Nittany Lions quietly put together one of the most impressive seasons in recent memory. The team finished the 2022 campaign with an 11-2 record, with its two losses coming against Michigan and Ohio State, both of which played in the College Football Playoff that year. Nicholas Singleton and Kaytron Allen teamed up to form one of the top running back duos in the country. Former five-star signal caller Drew Allar is expected to take over at QB following the departure of Sean Clifford.

After a win over Utah in the Rose Bowl, expectations will be high for both Penn State and the Big Ten in 2023.

Why they rank here: Brian Kelly enjoyed a solid first season at LSU, which included 10 wins and an SEC West title. The Tigers are expected to return 10 of 11 starters on offense, including QB Jayden Daniels, who led the team in both passing and rushing in 2022. They will have the luxury of returning running back Malik Nabers, who get 72 catches for 1,017. yards and three touchdowns last season.

Why they rank here: After starting the season 4-3, the Seminoles rolled to six wins to close out the 2022 campaign. Expectations will be high in Tallahassee heading into next season after the program put together its first 10-win season since 2016 .FSU will bring in a number of talented transfers in 2023, and will also return both QB Jordan Travis and DE Jared Verse, who was a projected first-round pick.

Why they rank here: When Caleb Williams is under center, you have to include USC on this list. The reigning Heisman Trophy winner will be without Jordan Addison, who is expected to declare for the draft, but there is still plenty of talent on the offensive side of the ball. There are still plenty of questions about the defense, which will need to improve if the Trojans are going to win the Pac-12 next season.

Why they rank here: Losing Hendon Hooker will be tough, but Joe Milton showed his potential in a 31-14 win over Clemson in the Capital One Orange Bowl, throwing for 251 yards and three touchdowns. The defense will need to improve in 2023, especially with matchups against Alabama and Georgia on the schedule.

Why they rank here: Washington lost two games in 2022 by a total of 15 points. They beat rivals Oregon and Washington State and picked up four ranked wins, including an impressive 27-20 victory over Texas in the Alamo Bowl. With QB Michael Penix Jr. back under center and Kalen DeBoer leading the way, this should be one of the top offenses in the country in 2023.