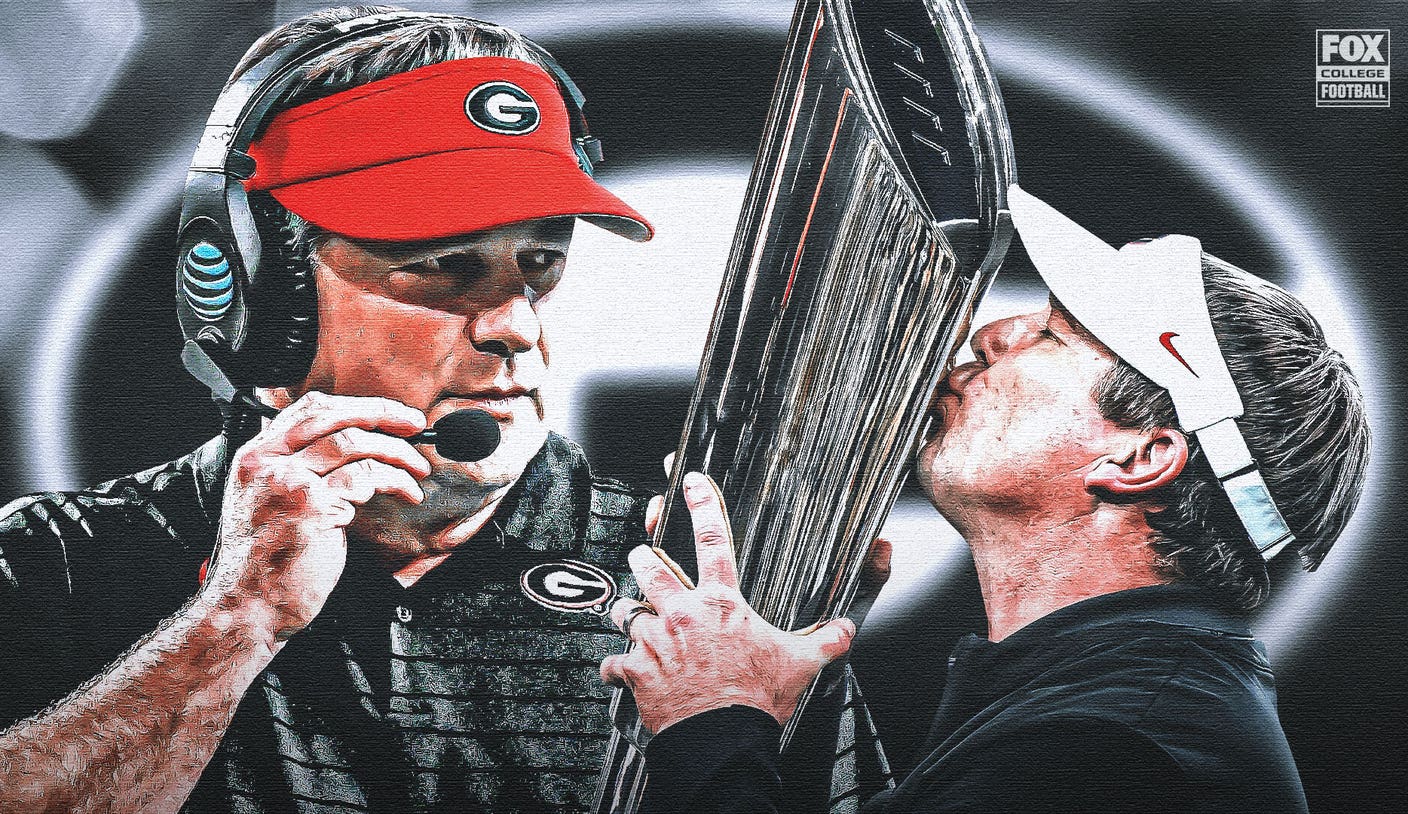 LOS ANGELES – The question hanging over Georgia all season was whether the Bulldogs could repeat as national champions. It is one of the most difficult tasks in any sport. And if the Bulldogs pull off such a difficult feat Monday night, they would become the seventh team ever to repeat as outright national champions since the AP poll began in 1936.

The last team to do that was Alabama in 2011 and 2012, and Kirby Smart played a big role there while serving as Nick Saban’s defensive coordinator.

Every season, there’s an overwhelming narrative surrounding teams like Alabama and Georgia “reloading” their respective rosters. On Sunday morning, the day before the Bulldogs face underdog TCU in the College Football Playoff national championship game at SoFi Stadium, Smart explained how simply being in the moment on this stage helps his team stay on top ·lence even after losing a historic 15 players to the NFL last year.

You see, the scout team and second-team players who didn’t play in last year’s championship game against the Crimson Tide still got their reps and turned their experience and preparation into starting jobs a year later This “reload” story isn’t just about incoming five-star prospects; it’s also about tapping into the talent you already have and helping it thrive.

“I really think a lot of the reason we were able to turn our roster from last year to this year was the practices and the preparation we had this time of year,” Smart said. “As we were coming off last year, we were getting some really high-quality work, I’d say seven or eight kids started for us.

“So the guys playing now that were 2 last year, in some cases 3, had a lot of work to do.”

Smart went a step further, saying that in this age of the transfer portal, the way he gets guys to stay is by selling that development example.

“We’re going to show Jordan Davis, his freshman and sophomore years, working on the scout team and say, ‘Hey, look where this guy was and look what he became by doing it that way,'” Smart said of his former defensive tackle who was taken 13th overall in last year’s draft by the Philadelphia Eagles.

“And selling that within your program becomes a selling point for them to stay and stay and really develop and grow in the organization.”

Smart has been Georgia’s head coach since December 2015 and has had years to build the program and culture in his image. Sonny Dykes is still not at TCU at this point, despite miraculously turning the Horned Frogs around and leading them to the CFP and the title game in his first season in Fort Worth.

Despite preparing to bring the second-smallest Power 5 school to college football’s biggest stage on Monday, Dykes knows his program still has a ways to go to reach the level Georgia and Alabama are at.

“I will say this: You look at college athletics and you look at the NCAA basketball tournament, and you see teams that you don’t expect to be there finish in the top eight or the Final Four,” Dykes said. “This is something that happens annually these days.

“You know, college football is different. It just is. There’s a lot of plays that go into a game. There’s a lot of players. Instead of five guys and one or two guys getting really hot, you’ve got to have a whole ‘team doing it and executing it at a high level. So I think it’s harder to come out of the shadows in football than maybe in basketball.”

Can Georgia be back-to-back champions?

It usually takes time to build a culture, build relationships with players, and keep everyone invested. But for TCU, everything clicked the right way all season long. Now the Frogs hope to capture the program’s first national championship since 1938.

“To our players’ credit, for whatever reason, it didn’t take as long as it did this time,” Dykes said. “Our guys were hungry and they were mature. They had a chip on their shoulder. And they bought in quickly.

“Now, the challenge as we move past Monday is where do we go from here? And now there’s a standard, and a set of expectations that go along with that kind of success. And to me that’s the part exciting. Really Meaning you can really find out how good you are.

“It’s one thing to get to the top. It’s another to be able to stay there.”

That’s what Alabama has been able to do for so long, and it’s what Smart’s Georgia team is about to accomplish. Ohio State and Clemson, programs that have had the pleasure of winning at the highest level time and time again, also know that feeling to some degree.

No matter what happens on Monday, Dykes and the Frogs will always have that “magic ride,” as the coach put it. And starting Tuesday, both programs will use that experience to build another run next year.