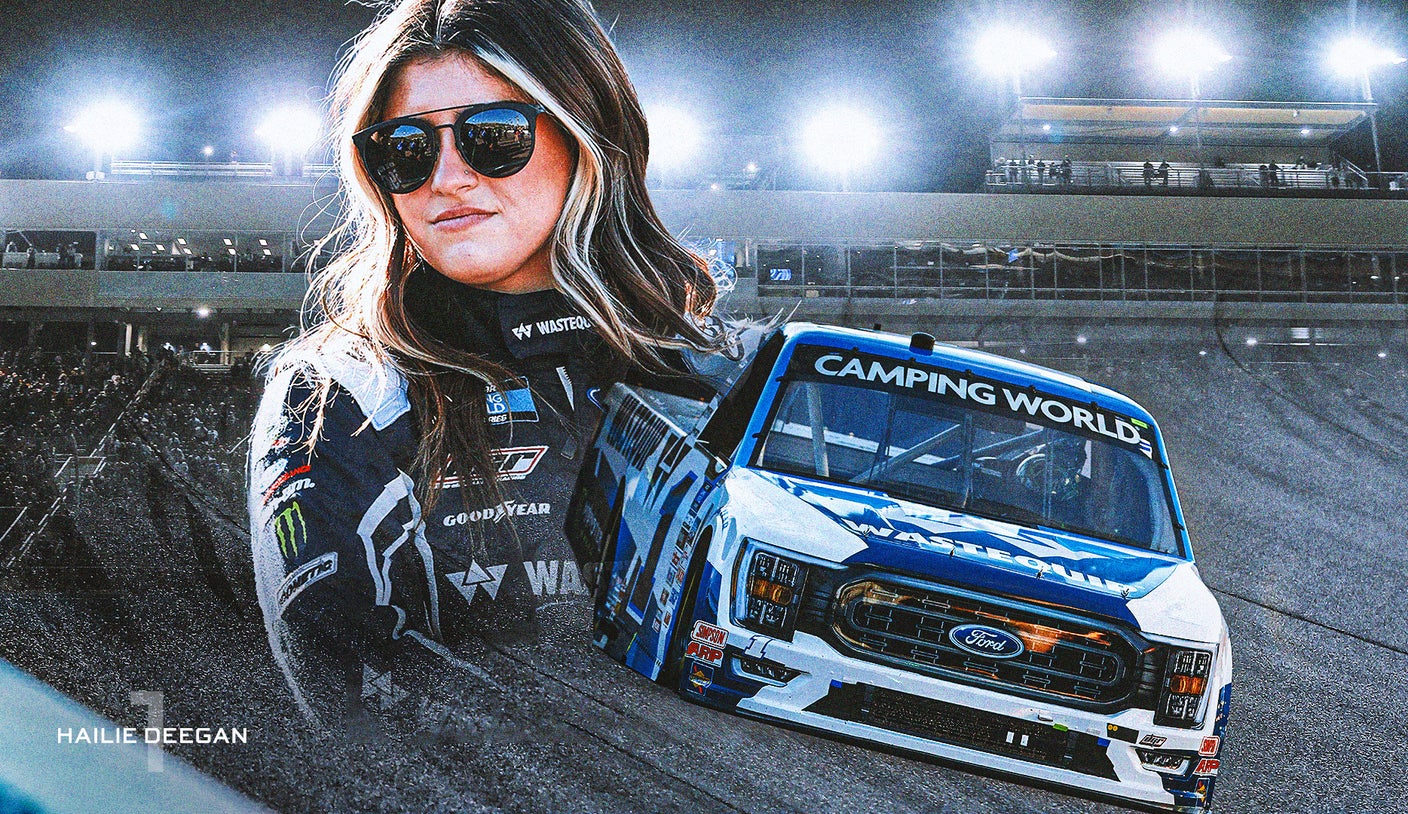 The checkered flag fell on the 2022 season of the NASCAR Cup Series more than a week ago.

Joey Logano celebrated. The rest of the field left disappointed, frustrated or inspired as the drivers wait for the next green flag in 12 weeks time (for the Clash).

Here are five stories to watch over the next 12 weeks.

Most of the “silly season” storylines were completed weeks ago. And some, like Ty Gibbs who is expected to drive the No. 18 car for Joe Gibbs Racing in place of Kyle Busch, are wondering when the announcement will be made rather than if it will happen.

But the biggest question that still seems fluid is the No. 41 Stewart-Haas Racing car. Cole Custer, who won at Kentucky to make the playoffs as a rookie in 2020, finished 25th in the standings this year, just one spot better than his 2021 finish.

Team owner Gene Haas, who dropped Daniel Suarez in favor of Custer three years ago after Custer had an eight-win season in the Xfinity Series, wants to give him one more year. The fact that his average finish was just three spots below veteran Aric Almirola shows that Custer wasn’t that far behind his teammates.

But Haas said last month that team co-owner Tony Stewart wants to put Ryan Preece on that ride. Preece, who is represented by Kevin Harvick’s KHI Management, appears to have gathered enough sponsorship for SHR to consider putting him in this car.

Ryan Preece stops Smith and Hocevar for win in Nashville

In June, Ryan Preece held off late charges from Zane Smith and Carson Hocevar to win a Truck Series race at Nashville Superspeedway, Preece’s second straight win at the track.

It looks like SHR is leaning towards Preece, although these situations tend to be fluid. Custer’s father is an SHR executive, and he is expected to have a place to race in 2023, even if it’s not in the No. 41 car.

“I’d like to see Cole at least one more year,” Haas said last month. “But Tony has some other ideas. It’s pretty hard to argue with Tony because he’s picked a lot of good drivers over the years.”

If Preece ends up in the No. 41 car, there was speculation that Custer could move to Rick Ware Racing’s No. 15 in an expansion of the existing alliance between the two organizations.

But Rick Ware said last week that SHR seems to be leaning toward another option, and again, these things tend to be on again, off again, and he might not have his lineup set until the december Cody Ware improved his GPA by more than three spots to 27.8 this season and is expected to return to his father’s team in the No. 51 car.

If Custer is not in the No. 15 car, SHR has had a relationship with Live Fast Motorsports owner BJ McLeod on the Xfinity side. But it seems Live Fast, if it does make an alliance, is more apt to do so with Richard Childress Racing, which was in talks with the team when it was working on a third car for Tyler Reddick.

An additional option for Custer is the Xfinity Series, where SHR already has a car for Riley Herbst.

Adding a second car to their Xfinity stable is something SHR has considered with Ford Performance looking for an Xfinity ride for Hailie Deegan next season. So far, one has not been developed.

There are a few other teams (such as SS Green Light Racing, RSS Racing) that run Fords in this series.

Ford executives have said Deegan will be in a Ford next year, but where is yet to be determined. The 21-year-old Deegan had an underwhelming year as her average truck finish of 22.1 was worse than her rookie season average of 20.9.

But last month he finished 13th in his only Xfinity race for SS Green Light Racing, again showing the potential he showed by finishing third in the ARCA standings in 2020.

The question is whether another year in trucks would be beneficial or if going to Xfinity might suit him better. If he were to stay in trucks, he would have to find another team as David Gilliland Racing has switched to Toyota.

“There are a lot of different factors,” Deegan said. “There’s the way people run with you. Maybe it could be more the team.

“There are so many pieces to the puzzle. … Sometimes when you get different pieces of the puzzle to work together, sometimes things work out better.”

There are certainly prospects that have performed better. But Deegan, the daughter of action sports star Brian Deegan, has been the most notable female prospect in recent years and has built a significant following on social media, making her journey the most visible (and more scrutinized) among the aspirants to the Cup.

IndyCar veteran Helio Castroneves is supposed to earn a Daytona 500 ride via a win in an SRX Series race. The team he will drive for is still to be determined.

The Hezeberg team, which ran the 2022 Daytona 500 with former Formula 1 champion Jacques Villeneuve, will likely field one car (or could field two, as it did for some races on its part-time schedule in 2021).

The Money Team and NY Racing, who ran the Daytona 500 last year, could field cars for the race.

Whether Trackhouse Racing uses its Project91 program that offers opportunities to internationally known drivers who choose to enter the Daytona 500 remains to be determined.

There have also been other potential team owners, including Germany’s 3F Racing, hoping to have programs put together.

NASCAR will make tweaks to the rear and center clips of the Next Gen car to help the car absorb more energy during a crash (and reduce the impact on the driver).

Because NASCAR added a lot of tweaks to the car in the months leading up to the 2022 season (a windshield duct, rear windshield slots, exhaust changes, etc.), it affected each manufacturer’s wind tunnel numbers.

Thus, NASCAR allowed each manufacturer to introduce new nose and hood designs. They won’t be too different, but enough to influence how you handle. All have been wind tunnel tested for parity.

What will be the impact? Teams may not know until they get to the Clash and then Daytona. NASCAR, for now, has no organizational events, where each organization can field one or two cars, scheduled for the offseason.

There are Goodyear tire tests, and some talk of a potential test with a few cars to test some aero packages for short tracks and road courses, scheduled for the off-season, but nothing that would have all the teams on board. track at the same time.

While the teams would like to know the impact of the changes, they are still re-doing the chassis with the tweaks and waiting for the new body parts, so it remains to be seen when they would have the cars ready.

Joey Logano cemented himself as a NASCAR Hall of Famer with his second Cup title.

Did any other driver make substantial additions to their Hall of Fame cases?

With 31 Cup wins and two championships, Joey Logano has solidified his case to become a NASCAR Hall of Famer. He shares his thoughts on his legacy.

Chase Elliott and Kyle Larson might have done enough. Of course, each has “only” one title. But Larson’s three Cup wins pushed him to 19 in his career and Elliott’s five pushed him to 18.

That puts Larson tied for 43rd on the all-time career list and Elliot tied for 48th.

All former NASCAR Hall of Fame-eligible Cup champions except Bill Rexford (1950 champion with one win) are in the Hall of Fame.

Bobby Labonte has one championship and 21 wins. Alan Kulwicki, who died the year after winning his title, has five career wins.

So would 18 or 19 wins be enough? Ryan Newman and Kasey Kahne each have 18 wins, and Greg Biffle is among those with 19. Neither is likely to make the Hall (Newman, with a Daytona 500 win, might have the best chance) .

Larson and Elliott probably still have a lot of potential wins in their careers, so this could be a moot point. He also doesn’t have a Daytona 500 win, which could also add to the argument for either of them.

Like Logano, though, another championship would make it very difficult to ignore their resumes when voting.

Statistics of the day

“I felt like I had positioned myself on him, on the left side, the dogleg, and he turned left.” —Ross Chastain on contact with Chase Elliott during the championship race