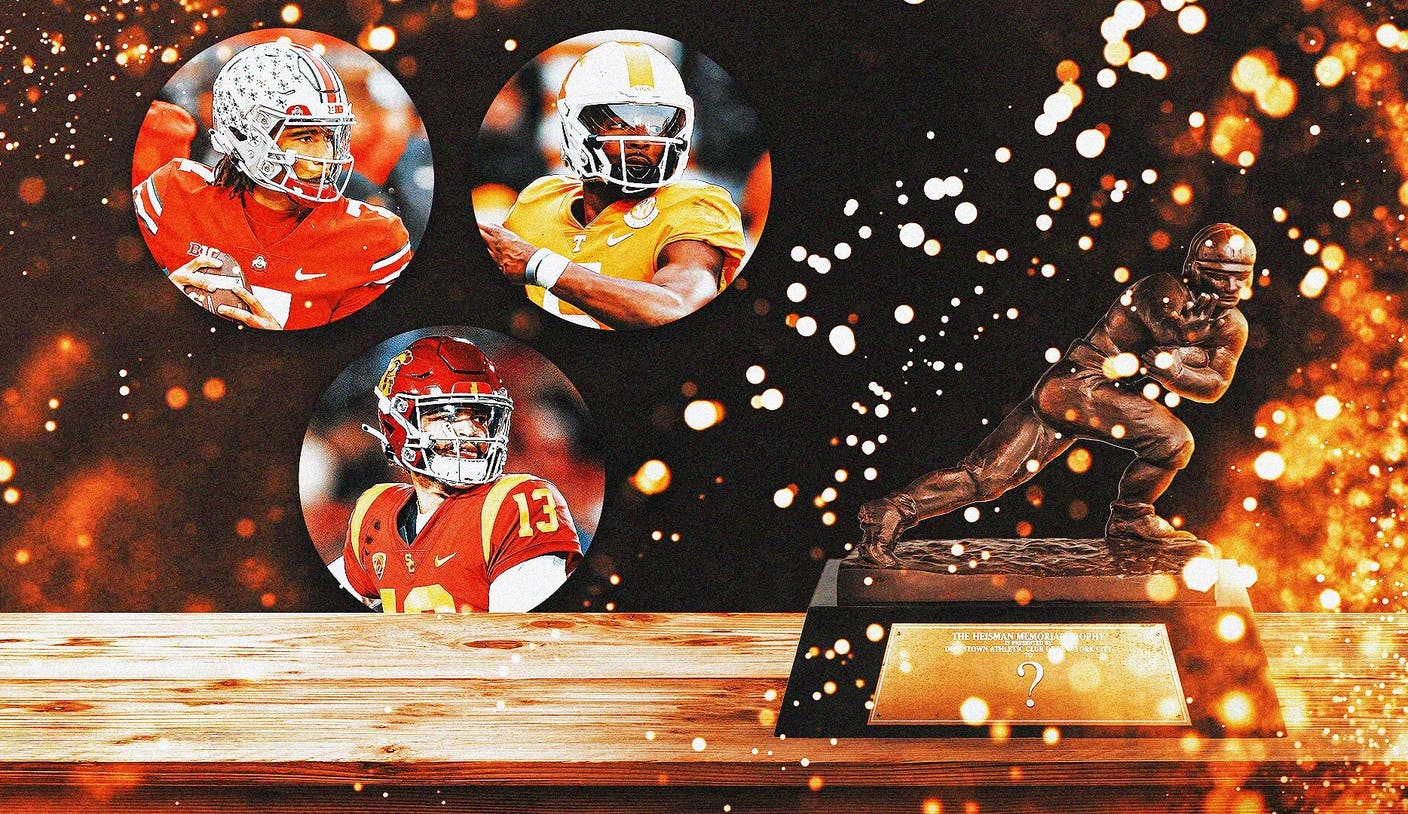 Every once in a while, someone has a big game to make a move in the Heisman Trophy chase. That’s why it’s been so fun to watch the ups and downs week by week.

But in recent weeks, three players have stood out above the rest. Those three, all quarterbacks, continued to make their mark with strong outings in Week 11.

Ohio State’s CJ Stroud, who has led those rankings for much of the season, as well as Tennessee’s Hendon Hooker and USC’s Caleb Williams, have bolstered their positions this week. And in the case of Stroud and Hooker, they bounced back from the previous week’s tough outings to do so.

How will things shake out as we enter the stretch? Here’s how the top Heisman candidates fared this week heading into Week 11.

Note: Players are ranked by FOX Bet odds in week 11.

The Buckeyes have had plenty of injuries on offense this season, with running back Miyan Williams the latest to go down on Saturday. However, Stroud looks more than capable of shouldering the load, which it showed in a 56-14 win over Indiana.

The star quarterback and Heisman frontrunner was his typical dominant self against the Hoosiers, completing 17-of-28 passes for 297 yards and five touchdowns, and didn’t throw an interception.

Marvin Harrison Jr. of Ohio State connected with CJ Stroud on a 58-yard TD against Indiana on Saturday.

Next: In Maryland on November 19.

It’s nice not having to face that nasty Georgia defense, and Hooker certainly took advantage of that on Saturday. A week after struggling against the Bulldogs, the Vols QBs put up video game numbers again in a 66-24 win over Missouri.

Hooker passed for 355 yards on 25-of-35 passing, throwing three TDs and zero interceptions. He also carried the ball eight times for 50 yards and another score. He now has 24 touchdown passes and just two interceptions on the season.

next: In South Carolina on November 19.

The story of USC’s 55-17 win against Colorado on Friday night was likely the injury to Travis Dye, but Williams was as consistent as ever in an easy win. He threw one interception in the contest and completed just 14 of his 26 pass attempts. But those 14 completions were for 268 yards, and three of them were for touchdowns.

Corum continues to be the engine that gets the Wolverines offense going. Corum was unstoppable against Nebraska on Saturday, and so was Michigan in a 34-3 victory.

The junior rushed for 162 yards on 28 carries and scored his 17th touchdown of the season. Corum has now rushed for 1,349 yards on the season, which ranks in the top five in the nation.

Next: vs. Illinois on November 19.

Nix was solid against Washington on Saturday, completing 19 of 28 passes for 280 yards and two touchdowns, without an interception. He also carried the ball nine times for 59 yards and another score.

On the other hand, his mistake in the first half took away a scoring opportunity for the Ducks, which proved costly in a 37-34 loss. He also missed a series late in the match with an injury, and when he returned for the final ball he didn’t show the same level of mobility.

Still, when you lead an offense that piles up 592 yards and still loses, maybe the blame should be placed somewhere other than Nix and the offense.

Bo Nix connected with Dont’e Thornton on a long pass against Washington on Saturday.

Maye probably should be higher in these rankings, and maybe would be if he wasn’t a freshman. The quarterback was brilliant again Saturday, passing for 448 yards and three touchdowns, rushing for 71 yards and a score on the ground, and avoiding a turnover in a 36-34 win over Wake Forest.

What can’t the child do?

Another game, another easy win for the Bulldogs, this time a 45-19 rout of Mississippi State.

It was a mixed day for Bennett, though. While the veteran quarterback passed for 289 yards and three touchdowns, those two interceptions might not look too good to Heisman voters.

Next: In Kentucky on November 19.

The Crimson Tide bounced back nicely from a tough loss to LSU last week, cruising to a tough win over a strong Ole Miss team.

Young was a big part of that, of course. The defending Heisman winner didn’t push the envelope too much, completing 21 of 33 passes for just 209 yards. But he was efficient, extending plays with his feet and taking care of the ball, throwing three touchdown passes without an interception. Most importantly, the Tide got the win to improve to 8-2.

Next: vs. Austin Peay on November 19.

It was a quiet night for Duggan and the TCU offense. While the No. 4 Horned Frogs stayed undefeated with a 17-10 win over No. 18 Texas, it was the defense that saved the day.

Duggan completed 65.6 percent of his passes, but had just 124 yards. And while he did throw a touchdown pass, it was his fumble in the final minutes that was returned for a touchdown and allowed the Longhorns to make things interesting.

The QB will surely take the win, but overall it wasn’t a good day for his Heisman hopes.

DTR was solid against Arizona on Saturday, completing 26-of-39 passes for 245 yards. But the QB threw just one touchdown pass and was largely contained in the ground game, held to 24 yards (and a fumble) on 11 carries as the Bruins lost, 34-28.