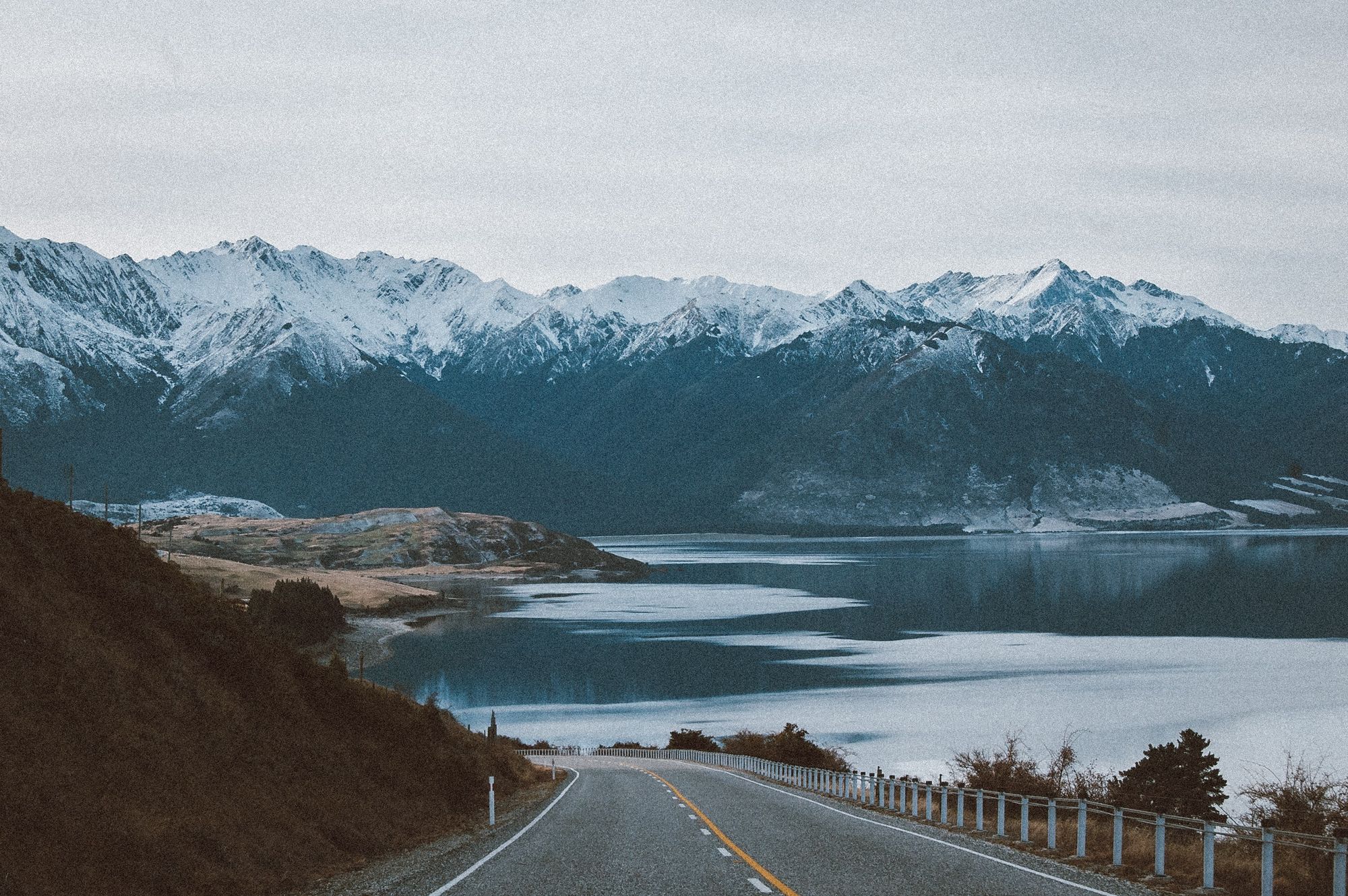 For sisters Anna and Kelly, life was anything but ordinary growing up in Fairbanks, Alaska. On cold school mornings, as they walked to the bus stop, it was not uncommon for moose to be idling nearby. Be careful not to alert the amazing creatures, the girls nimbly maneuvered around the animals while somehow still getting on the bus in time.

An encounter like this can be terrifying to some, but Anna and Kelly were raised to always respect and appreciate the wildlife they were surrounded by. Living in Alaska, far from relatives, they learned to trust both their neighbors and the nature around them as well as their community and family. Now, as adults, they look back on their childhood and appreciate how unique their experience was.

“For a couple of years, we lived in what we call ‘the village,'” Kelly said. “There were a lot of bears where we lived. And every spring, you could walk down to the river and see the blue whales come up. That time it was pretty magical for a kid because it’s unlike anything else.”

His parents always stressed the importance of being present in the moment, something that’s quite easy to do when you live near the vastness of the Alaskan wilderness, and intentional in the way they communicate with others. Presence and intentionality were values ​​the girls were raised with and have stayed with them. And although it would be many years before they finally opened their own art business, these same principles are what inspired Arctic Haven Studio.

“When we started the business, our main goal was to share the art we’re creating, but to do it in a way that connects people and gets back to nature,” said Anna. “Whether it’s nature that they’ve experienced themselves, like they’ve actually seen a musk ox, they can buy [our] Musk Ox and think about that experience, or to connect them with something they want to experience.”

Together, Anna and Kelly have created a small business that they hope will not only bring people together, but also remind them of the beauty that surrounds them. Last July, Arctic Haven Studio celebrated its first anniversary. In no time, they shipped their artwork to 16 states, created 17 different design sets, and spent an average of 72 hours on the pieces.

Here’s how the two built their brand in a way that allowed them to pursue their passions while doing great good along the way.

When Kelly was a business student in college, one of the things that was drilled into her was to never go into business with a family member. But she’s glad she didn’t heed the advice of her former teachers, as creating Arctic Studio Haven with Anna has been a special experience. Although they both have full-time careers (Kelly works in contract management and Anna is a wildlife ecologist), their other job is running Arctic Haven Studio together.

The study builds on Kelly and Anna’s unique strengths. With her business knowledge, Kelly has been able to handle all the logistical and administrative work, while Anna creates the artwork made from small pieces of recycled paper, a technique she has been exploring since ‘high school.

For each piece, Anna starts with a simple sketch of an animal, then begins to fill in the outline with scraps of paper, often starting with the creature’s eye, which is usually the most detailed part. It’s a long process, and Anna has spent between 40 and 80 hours working on a piece. Each animal offers its own unique challenge. Anna recently made a walrus and enjoyed playing with the paper to create its wet and slimy texture.

It was Kelly who saw how special and marketable this art was.

“I would never have started this business if I hadn’t [Kelly’s] support and knowledge as an entrepreneur and entrepreneur because I like to create things, but I don’t have the patience or knowledge to start a business,” said Anna.

In particular, it was a specific design that Anna had made of a partridge, one of Alaska’s iconic birds, that became the catalyst for her small business. It was one of the most detailed papercuts Anna had created at that time.

The duo didn’t just want to sell any kind of product, though. They knew they wanted these pieces of art to help connect people to each other, which is why they initially released note cards featuring Anna’s designs.

“We started with notepads as our main product,” said Anna. “We both write a lot of letters and [note cards] they lend themselves well to being able to have some art that you can enjoy and then be able to give it to someone else,” said Anna.

Drawing on each other’s strengths, the two have launched a company that perfectly embodies everything that is important to them.

As Anna said, “personal connection and community is a foundational value for us.”

Although they already had a very clear vision for their products, Anna and Kelly were in no rush to open their doors. Instead, they carefully researched vendors, reviewed contracts, and researched everything they needed to know to start a business. In fact, it took 13 months from its first official design to its grand opening.

While in the planning stage, they had clear conversations with each other about how they would run Arctic Haven Studio. First, they broke down the six core business functions. They then converted each of these roles into job roles and divided them between the two. While they value each other’s input, they also decided that there would be someone responsible for each aspect of the business.

“The deal was that we both had a say in every category, but when a decision had to be made, whoever was assigned that category had to make the final decision,” Kelly said. “And we’ve never faced that.”

This methodical approach to opening the business is something they are both glad they took the time to do. It allowed them to lay the fundamental foundation for Arctic Haven Studio, making them feel confident in the company’s mission: to create meaningful work that not only represents their hometown, but helps cultivate community among their clients .

While they’re proud of the growth they’ve achieved so far, they’ve always been realistic about their business and the fact that, at least for now, Arctic Haven Studio isn’t their full-time job, but their project of passion

This perspective has helped to discourage them.

“Everybody wants to be successful right away. But you have to figure out what that success looks like and recognize, ‘I’m probably not going to make a lot of money in the first three years’ … but know that’s okay because success is about making one more connection and have them. reasonable and attainable goals,” Kelly said.

Taking their time to open up connects with the sisters’ goal of always being intentional about their work. This slower pace allowed them to check all their boxes, making sure they were fully prepared to become small business owners.

Contributing to the wildlife they raised for is something Anna and Kelly knew they wanted to do with their small business, so they’ve decided to donate 10 percent of their proceeds to the Alaska Wildlife Conservation Center annually So far, they have donated more than $300 to the organization and hope to donate even more soon.

“The Alaska Wildlife Conservation Center ended up being perfect for us because they do a lot of conservation and rescue orphaned animals that they then rehabilitate and return to the wild,” Anna said. “Or they use them as captive animals in an educational sense. But they have very strong guidelines for animal care. And so it’s something we feel really good about.”

In addition to directly giving back to wildlife, the sisters have also integrated sustainability into their business. They use recycled paper and recycled materials for their packaging as much as possible, even though it costs a lot for them as a small business to do so. They are well aware that they could be bringing in more money if they used cheaper supplies, but doing so would feel bad.

“How can we sell art that reflects nature, though [our customers] are you going to open the plastic and throw it in the trash?” Kelly said.

But as much as they hope their business can have a positive impact on the world, the sisters have also found that Arctic Haven Studio has brought so much value to their own lives. Although running a small business is not always easy, it has given them a chance to relax from their daily lives. Especially for Anna, it has been a creative outlet. The wildlife ecologist just graduated from grad school and says the business helped balance things out.

“Honestly, I think [Arctic Haven Studio] it’s what kept me sane in grad school. Having the creative outlet, creating the art, and then also having the business side of things to work with Kelly, where it was completely separate from my graduate work,” said Anna.

Even more, though, this side project has given the two a reason to spend more time together, strengthening their bond. The most satisfying part for Kelly has been seeing everyone appreciate Anna’s art, something she has been doing since childhood.

“I really enjoy seeing people enjoy Anna’s work because I grew up with her,” Kelly said. “There’s satisfaction in that and seeing that Anna is proud of what she’s done.”

Anna and Kelly recently celebrated a big moment for their small business: their first in-person exhibit at Wild Scoops, an ice cream parlor in Midtown, Alaska. This was the first time they had printed Arctic Haven study pieces on such a large scale and displayed them in a public setting for many to see.

Another step they’ve taken is reaching out to local businesses to start selling their notecards, stickers and prints in brick-and-mortar stores, moving away from their online-only model. They are also expanding their product line and considering including poster-sized prints. While they still sell their original note cards, they are looking to diversify their items a bit to reach more customers.

The two plan to continue growing Arctic Studio Haven together with the goal of adding more beauty, nature and meaning to their clients’ lives.

“We all know that feeling you get when you look at art and you just want to be where it is,” Kelly said. “And so we hope our customers take that away [our products] they are more than just a piece of paper to write on, but an intentional piece with an intentional connection.”