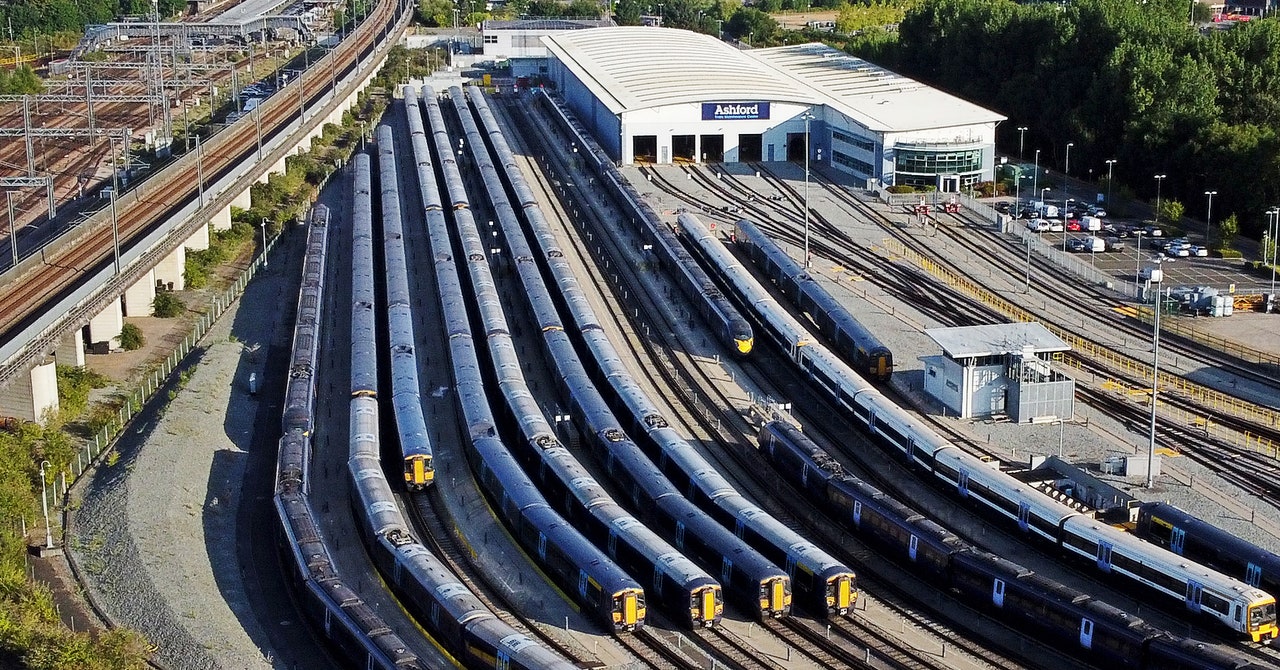 As if the canceled flights and trains due to strikes and staff shortages didn’t upset travelers enough this summer, the European heatwave arrived to add to the travel chaos. Extreme heat can be dangerous to people’s health, even fatal, but it also affects the built environment. It can cause metals and asphalt surfaces to expand and warp, making roads, rails, and tracks difficult or dangerous to use. This has disrupted thousands of journeys this summer.

The fact that the rails can break and the asphalt “melt”, or rather soften and deform, became clear in July when temperatures rose above 40 degrees Celsius in many European countries, setting many new records. On July 18, a small section of the runway at London Luton Airport in the United Kingdom became so hot that it began to lift. The runway had to be closed for two hours while engineers repaired the surface, with some flights diverted and others cancelled. Across Europe, hundreds of train services were canceled due to heat distortion of the rails.

Due to climate change, heat waves are becoming more intense and frequent, so transport infrastructure needs to be adapted. There are already projects underway to keep infrastructure cooler during heat waves; many are simple concepts involving plants, paint or specifically designed shade. Meanwhile, materials scientists can come up with more complex solutions, such as heat-resistant metals. But upgrading the infrastructure is neither easy nor cheap.

Railroads and roads are particularly vulnerable to heat, says Giovanni Forzieri, assistant professor of civil and environmental engineering at the University of Florence. In 2018, Forzieri and his colleagues examined how heat waves and other climate extremes, such as floods, wildfires and windstorms, could damage European infrastructure in the future. Currently, the European transport sector suffers 800 million euros ($820 million) in weather-related damage per year, but by the last decades of the century, researchers estimate that this figure will have reached 11.9 billion d euros (12.2 billion dollars). About 90 percent of the damage is due to heat waves.

But if it gets too hot, the rails expand and become constrained by the anchor that holds them in place, putting them under stress and potentially leading to buckling, where the rails bend. Reducing the speed of trains can reduce the chance of this happening, as trains at slower speeds put less pressure on the rails. That’s why network operators across Europe had to impose temporary speed limits that led to costly delays and cancellations this summer.

One solution is to paint the rails white, which reflects sunlight and can keep the rails 5-10 degrees Celsius cooler. In the UK, Spain and Switzerland, operators had already started doing this before the heat wave.

Of course, many parts of Europe regularly see temperatures above 27 degrees and manufacture their rails to work within warmer temperature windows. However, if rails in places like the UK are replaced with those suitable for warmer climates, they may not be able to withstand the cold temperatures of winter. Steel shrinks and becomes brittle when exposed to cold, meaning that rails can break if put under pressure when it’s colder than their operating window. “It’s a very complicated situation, because the temperature ranges are much wider in countries like the UK,” says Kiran Tota-Maharaj, reader in civil and environmental engineering at Birmingham’s Aston University.