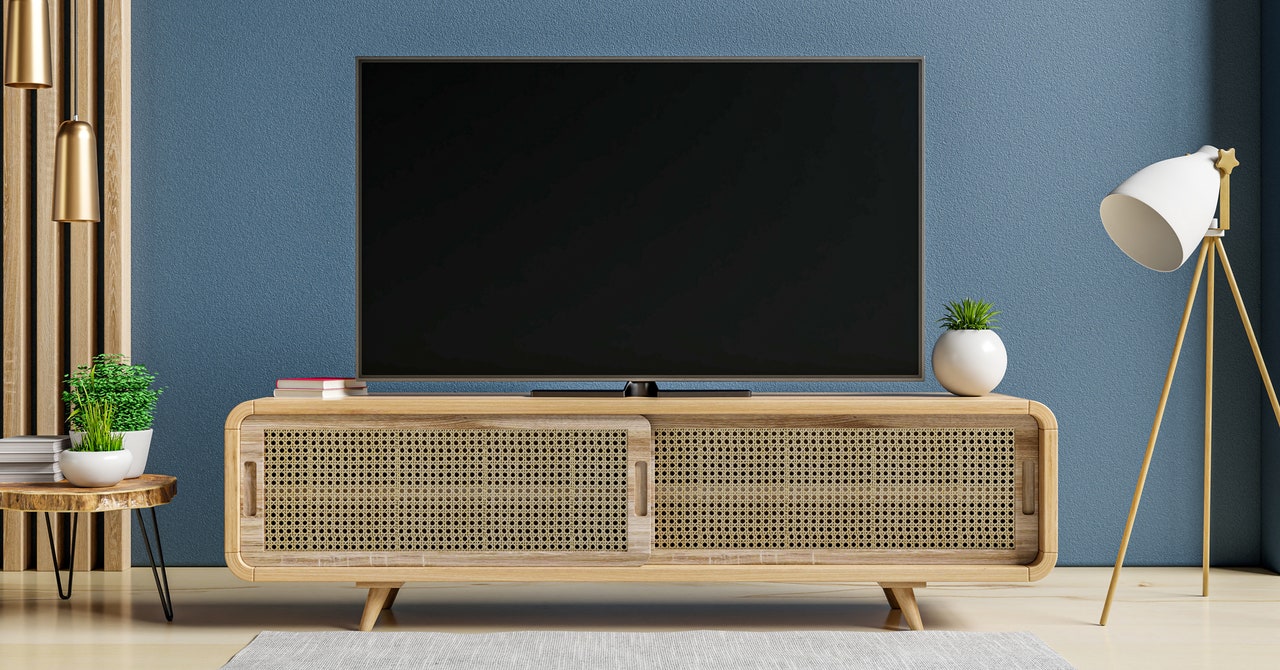 Like a long time TV reviewer, I strongly believe that no one should have to suffer through a grainy screen or slow and laggy video quality. There are now dozens of TVs, at every price point, that will improve your gaming or movie watching experience immeasurably.

But even I have to admit that there’s a major hurdle to buying a new TV, and no, it’s not the weird, misplaced emotional attachment you might have to your 15-year-old Panasonic. I am the proud owner of an 850 square foot home in Portland, Oregon, and it is literally my job to set up and watch TVs. But I still have a pathological fear of drilling holes in walls and I don’t want to borrow from my wife to lift and assemble a new TV every few weeks.

He would rather watch TV in his own stands. You know, the ones that come in the box with them. But I can’t, for the dumbest possible reason: they don’t fit in my media console. I need to call out TV manufacturers, big and small, for a serious and common design flaw: for God’s sake, stop making TVs with legs so far apart.

If you purchase something through links in our stories, we may earn a commission. This helps support our journalism. learn more

We’ve been using media consoles to hold players and discs and hold screens since Monica and Chandler were first courting in prime time. Consoles haven’t changed much, but TV sizes have.

Over the past decade, we’ve settled on the standards of 55-, 65-, and 75-inch and larger models, which is significantly larger than all but the wealthiest of us in the 1990s. Back then, a large TV was about 40 inches You can barely find TVs this size now, much to the chagrin of my dad and his built-in wardrobes.

But companies are yet placing their legs at an angle to the edge of the TV, as if media consoles had undergone a similar growth. It has to stop. When I built myself a TV review stand, I had to buy a very expensive (though somehow still poorly made) stand to fit this very real 75-inch TCL.

If I wanted to mount a TV that big on the wall, I’d have to buy a stand and find at least three people to help me lift it up. I’d also need to measure the space and pick up a stud finder, impact driver, and several other tools that aren’t included with this TV before spending a fair amount of time setting the thing up. If you really want to be fancy and have outlets and wiring in the wall, the labor alone can end up costing more than the new screen.

There are a couple of solutions for those of us who refuse to replace our cherished mid-century console. The first, and least easy for renters, is to simply mount the thing on the wall. Most TVs have VESA mounting holes, but this requires rounding up a couple of people to lift the device. And some TVs are very thin, which makes them terrifying to assemble. I recently damaged a review unit just trying to put it on my TV stand; imagine trying to mount it on a wall.

A cheaper solution that I have decided? Purchase a pedestal mount adapter for the VESA mounting holes ($44). This allows you to continue using your current furniture avoiding the problem of far legs.

But I’d argue that the best option would be for all manufacturers to design a flat, simple pedestal stand, like the ones that come with the LG C1 OLED. It’s a simple design change that would make many lives easier. Some TV manufacturers, such as Hisense, have allowed the legs to be moved slightly inward so that their TVs will fit more stands. But as screens continue to grow, this is still not the best solution.

You shouldn’t have to pay for a piece of furniture to put your new TV on, especially when commodity prices are higher than ever. For my own sake, I’m glad I bought the largest wooden TV stand I could find on Amazon for my test room.

That said, there may still be hope: at least some of Samsung’s new models this year have pedestal stands, as do LG’s high-end OLED options. Hopefully, this development will trickle down to other manufacturers, as those of us with limited space (and especially renters) don’t want to permanently scar our living rooms just so we can watch Netflix.