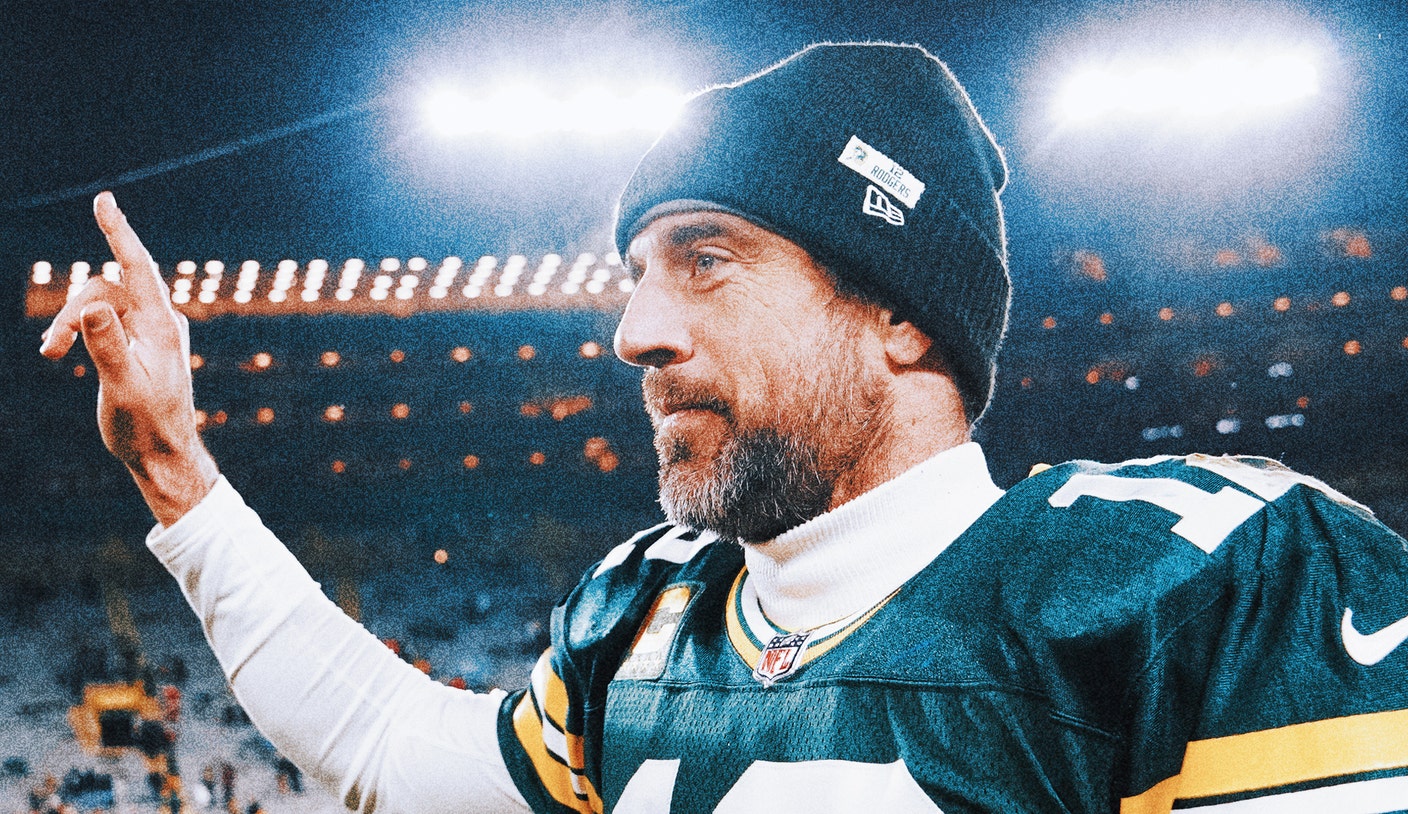 Is the end coming for Aaron Rodgers and the Green Bay Packers?

Although the Packers have won their last two games, most recently against the Los Angeles Rams on Monday Night Football, they have a shot at making the NFC Playoffs. At 6-8, they trail the Washington Commanders (7-5-1) by two games for the NFC’s third Wild Card and have the Miami Dolphins, Minnesota Vikings and Detroit Lions ahead of them.

The Packers would be eliminated this week with a loss and a Washington win.

Rodgers and Green Bay agreed to a new three-year, $150.8 million contract in the offseason. However, they could trade the 39-year-old quarterback in the offseason if they miss the playoffs. In that scenario, they could turn to quarterback Jordan Love, who they traded up for in the first round of the 2020 NFL Draft and has appeared in nine games (one start).

“Undisputed” co-host Skip Bayless said Tuesday he believes the Packers want to move on from Rodgers.

“So that’s a gut feeling from everything I’ve heard, from what I’ve seen, I think they want to get out from under him sooner rather than later,” Bayless said. “[Now] this is easier said than done. … The point [Monday] The night was Aaron returning to his glory. He was having the greatest time. It’s the toast of Green Bay, Wisconsin, and it’s back in business. And yet, here we go again at the end of the game, he tried to signal to Christian Watson that, “I’m coming to you,” and Christian Watson didn’t get the memo. And then Aaron will let everyone in the stadium know exactly what happened.”

“If I’m Aaron Rodgers, I’ll be back because I like what I see,” Sharpe said. “I have it [a] good running game Both can run the football. Both can catch it, and these young receivers are growing. Doubs looks good. Christian Watson, looks like an important player. Looks like he can be a Pro-Bowl type player. You still have Lazard. You have Tonyan, who will be another year removed from this surgery. Like I said, just need Bakhtiari and Jenkins to get healthy again. I like what I’m seeing.”

Rodgers has 3,093 passing yards, 23 passing touchdowns, 10 interceptions and a 92.3 passer rating, completing 64.9 percent of his passes this season. The 92.3 passer rating is the lowest of Rodgers’ career since becoming Green Bay’s full-time quarterback in 2008.

After Green Bay traded No. 1 wide receiver Davante Adams to the Las Vegas Raiders in the offseason, their running game has led the way. Running backs Aaron Jones and AJ Dillon have combined for 1,597 rushing yards this season. The Packers are averaging just 219.3 passing yards (16th in the NFL) and 20.5 points (20th) per game.

Get more Green Bay Packers Follow your favorites for information on games, news and more