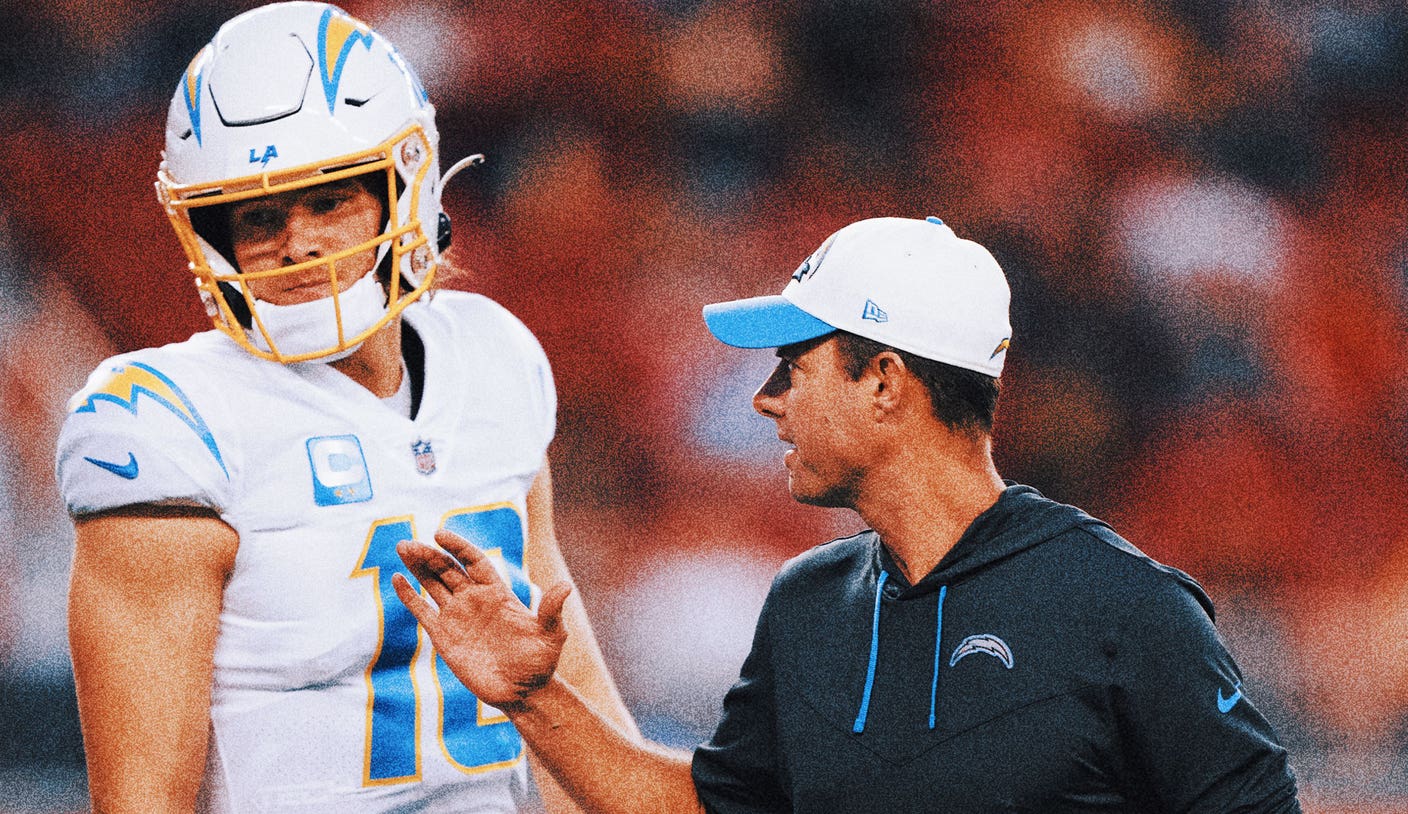 However, even with these significant losses, Chargers head coach Brandon Staley still has this team at 5-4 heading into a pivotal contest against the AFC West-leading Kansas City Chiefs. in a nationally televised game at SoFi Stadium on Sunday. The Bolts have won four of their last six contests.

Staley, in his second season, has an overall record of 14-12. In his first season, the Chargers finished 9-8, failing to make the postseason in the team’s final game of the year — a winnable contest with some questionable late-game decisions on the road against the Las Vegas Raiders.

“We’re a work in progress,” Staley said of his team a few weeks ago heading into the bye week. “We haven’t played our best football for sure. You’ve seen interviews, but we’ve got to get this group together in the second half of the season.

“Everything is in front of us. We’re just going to take it day by day.”

Three of the Chargers’ next five games are against playoff-caliber teams, including home games against the Chiefs, Miami Dolphins and Tennessee Titans. Between the Chiefs and Dolphins contests, the Bolts hit the road to face the Arizona Cardinals and Raiders.

Quarterback Justin Herbert is in the third year of his rookie deal. And with veteran players like Allen, Bosa and running back Austin Ekeler not getting any younger, the window is closing for this group to take advantage of Herbert’s immense talent before the Chargers sign him to a lucrative extension. long term contract.

The Chargers are built to win now. After missing the playoffs last year, it’s time to go for Staley and the Bolts. At 7-2 this season, the Chiefs have dominated the AFC West, winning six straight division titles and appear on track for a seventh. The Chargers haven’t won the AFC West since 2009.

Kansas City has also dominated the Chargers, posting a 14-3 record in that series dating back to the 2014 season.

Read more: How to bet on the Chiefs-Chargers matchup

However, LA’s top two receivers, Allen and Williams, are back at practice this week. If the duo can get on the field this weekend, they should boost a struggling offense trying to find explosive plays and convert on third downs.

Allen and Williams have combined for just 43 offensive snaps through nine games this season.

After finishing second in the NFL in passing yards (5,014) and earning a Pro Bowl invitation last year, some NFL observers believe Herbert has appeared to regress in his third season.

However, the University of Oregon product’s numbers aren’t all that far from where he was last year at this point in the season. He is sixth in the NFL in passing yards (2,450) and tied for 10th in passing touchdowns (14). Herbert’s 6.4 yards per pass attempt is nothing to write home about. But more importantly, the Chargers have the same 5-4 record at this point in the year as they did in 2021.

Perhaps offensive coordinator Joe Lombardi can innovate more to create big plays down the field, even though the Chargers are limited by healthy players available on game days.

“It’s been more difficult with all the different pieces,” Lombardi told reporters this week. “When you’re in a situation like that, you can push too hard and turn the ball over. For the most part, he’s protected it well. Maybe some of the opportunities to make the big plays just haven’t been there for him. and he’s just trying play smart. I’m not worried about his regression.”

Herbert has also played through pain, not missing a game since suffering a fractured rib cartilage in a Week 2 contest against Kansas City, LA’s opponent again this week.

Speculation is that former New Orleans Saints head coach Sean Payton could be interested in returning to the league if a job becomes available for a team with a talented franchise quarterback like Herbert. Payton was most recently spotted at a Chargers-Broncos game a few weeks ago at SoFi Stadium.

But as it stands now, Staley deserves a long enough court to see if he’s the man for the Chargers long term. Staley is in the second of a four-year contract. The rest of this season should help determine how to move forward with Staley for general manager Tom Telesco, head of football operations John Spanos and owner Dean Spanos.