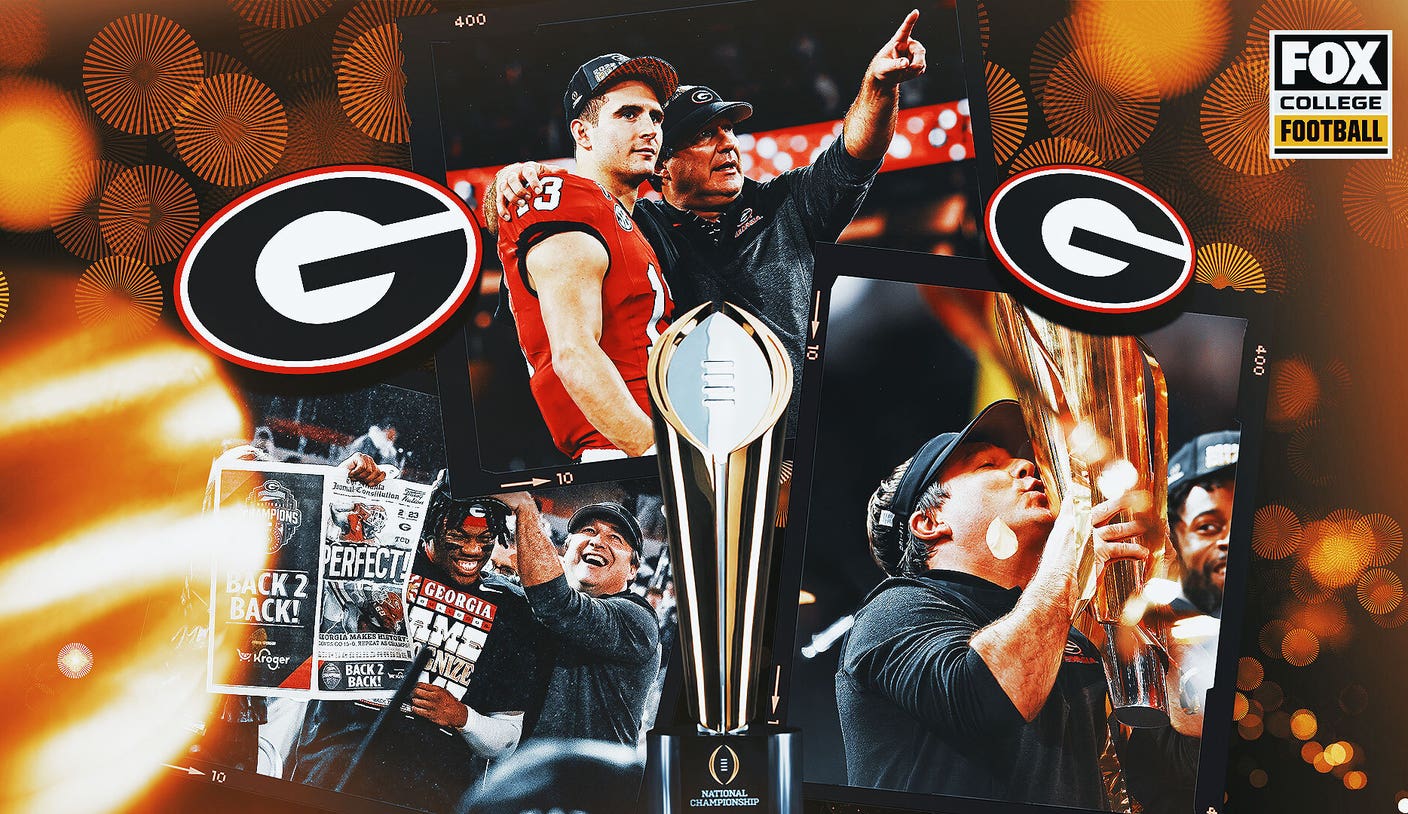 INGLEWOOD, Calif. – The aftermath looked like championships often do.

Confetti flew everywhere as fans chanted “We are the Champions” and the locker room filled with celebratory cigar smoke and rap music. Every Georgia player knows the words to Chief Keef’s “Faneto” and Kodak Black’s “No Flockin’.”

But what was different about Georgia’s memorable 65-7 win over TCU in the College Football Playoff national championship at SoFi Stadium on Monday night was the fact that the victory put the Bulldogs in extremely rare company. They are now just the seventh program to repeat as outright national champions since the AP poll began in 1936.

Is Georgia College Football’s Next Dynasty?

Of course, the last team to do that was Alabama in 2011 and 2012, and Georgia coach Kirby Smart was Nick Saban’s defensive coordinator at the time.

So now the question has to be asked: Is Georgia the new Alabama?

“We don’t want to compare ourselves to anybody else,” cornerback Kelee Ringo said. “We’re starting our own thing here, and we want to keep building on it.”

That’s fair. But when Smart was hired by his alma mater in December 2015, he began building Georgia in his own image, an identity he developed and honed while working for Saban for 11 years at LSU, with the Miami Dolphins, and then to Alabama, where he helped the program win four national championships as a loyal assistant.

Over the past seven years, Smart has turned the Bulldogs into a team that is physically imposing and stingy on defense, with a relentless must-win attitude. Before kick-off, he told the TV broadcast: “We’re going hunting tonight.” It looked like those Alabama teams that went out of their way to make their opponents quit before the game even started.

While Georgia wants to distinguish itself from its SEC rival, it’s basically the next iteration of the Crimson Tide as the new measuring stick for the conference and the sport. The torch has been passed.

Georgia showed no mercy against TCU on Monday night in more ways than one. Smart said after the game that he instructed his scout team defense to become the Horned Frogs’ defense as they prepare to face them this week.

“We said we’re going to do better than them,” Smart said. “You’re going to watch tape, sit here, learn how to do it. We had guys to be themselves and play their defense exactly right. Up until the last day when we went in there, they were giving an unbelievable look. That set the our offense for success.”

That helped Heisman finalist quarterback Stetson Bennett get his way early on, rushing for a 21-yard touchdown on the first drive and finishing with a sparkling stat line of 18-of-25 completion passing for 304 yards with four touchdowns and no sacks or interceptions. .

Bennett, whose Hollywood story has been fondly told over the past two seasons, led the offense to 589 total yards while averaging 8.2 yards per play. The Bulldogs scored 65 points on 72 plays and set up the drive early without a drive, amassing 254 yards to the Frogs’ 36.

Meanwhile, Georgia’s defense held TCU to nine first downs (UGA’s offense had 32) and 188 total yards. Defensive back Javon Bullard had a fumble recovery and back-to-back interceptions in the first half that were completely deflated.

Georgia led 38-7 at halftime, breaking the previous CFP first-half record of 35 points set by Alabama against Ohio State in the 2021 semifinal. Georgia then finished with 65 points, breaking another CFP record by to the highest point total, also held by Alabama (52 vs. Ohio State in 2020).

By the end of the night, TCU was ready for the game to end. Most purple-clad fans missed the fourth quarter entirely, fleeing SoFi Stadium. That meant they thankfully avoided seeing Jalon Walker, a 6-foot-2, 225-pound freshman linebacker, sack Max Duggan for a 10-yard loss. And they didn’t see the play that followed, which was when Georgia’s fourth-string running back Branson Robinson scored the game’s final touchdown.

“It’s hard to put into words,” McClendon said of winning his second title. “I never thought we’d be in this position. You know, during recruiting, Coach Smart told me we were going to win championships, and I just thought he was giving the same old recruiting pitch as everybody else.

For the past 20 years, there has been an overwhelming sense that until Saban retires, no other program could reach this level of consistent excellence.

But Smart learned from the best and is actually ahead of where his mentor was. Smart won his first national championship at age 46, becoming the first Saban disciple to beat the same boss when Georgia defeated Alabama a year ago. When Saban was the same age, he was coming off a 6-6 season at Michigan State. Now 47 years old, Smart has just won his second consecutive title; Saban didn’t win his second until he was 57. And Smart is succeeding during an unprecedented era of NIL and transfer portal. He still has a long way to go to catch Saban’s seven titles, but he’s young and should be around college football for a long time.

One of the most surprising details about this Georgia title is the fact that a record 15 players from last year’s team were selected in the 2022 NFL Draft. The Bulldogs still managed to go undefeated and do it again win everything after filling those holes.

“I had four national championships at Alabama, I don’t think we had, but one that was undefeated, and that was really special,” Smart said. “Sometimes it takes a loss to galvanize, to put your team in a place to win. It did last year. And that wasn’t necessary. [this year]. I always tell guys, do they have to get lost to learn? Because? And this team is special because it had no flaws.

Gone are the days of fans holding up “We Want Bama” signs and preseason predictions assuming Alabama will win it all. Smart is building this thing to last.

And so, even if Georgia doesn’t want to compare itself to Alabama, how does it feel about the word dynasty?

“The beginning of one, 100 percent,” Ringo said. “You could definitely say it’s the start of one.”