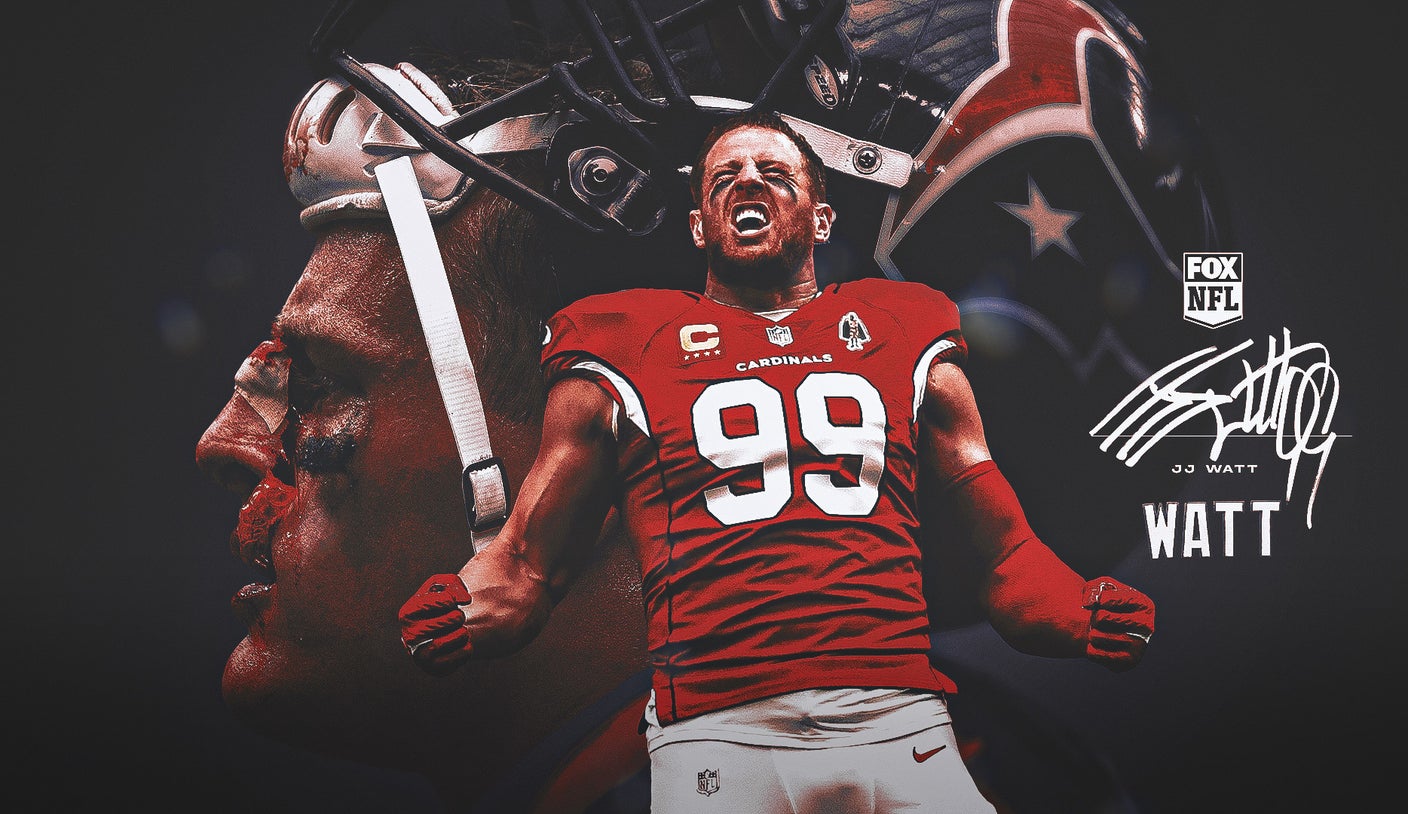 JJ Watt had one wish for his final NFL game: to continue playing at a high level.

Heading into the Arizona Cardinals’ season finale this weekend against the San Francisco 49ers, Watt accomplished his goal.

Watt, 33, formally announced his decision last week. But he’s shown this year that he still has plenty of gas left in the tank, leading the Cardinals with 10.5 sacks. Watt will close out his career Sunday at Levi’s Stadium, the only NFL stadium he has yet to play in during his 12-year professional career.

The future Hall of Famer is joined by Aaron Donald and Lawrence Taylor as the only three-time Defensive Player of the Year. Watt is 25th all-time in sacks with 112.5, which he accomplished in just 150 games. Nicknamed JJ “Swat” for his ability to knock down passes at the line of scrimmage, he has 69 pass breakups in his last game.

Watt also currently leads all active players in tackles for loss with 192.

The former Texans superstar was especially dominant in 2014, leading the league in sacks (20.5) and tackles for loss (29.5), along with scoring three touchdowns as a tight end and returning an interception and a fumble to get a score. Watt won his second Defensive Player of the Year award that season and was runner-up for MVP.

“You just have to go watch his tape,” Niners tight end George Kittle said of Watt this week. “I remember we got to practice against the Houston Texans my second year in the league, and you saw him up close. He sabotaged almost every play he played.

“He plays out of the scheme, which is really bad for some teams when players do that. But he was so good at it that he could completely leave his gap, go back to two gaps and still get back into his forward and do that. There’s not a lot of guys that can do that, especially on the inside doing those things.”

But where does he rank among the best defensive linemen to ever play the game, like Reggie White, Bruce Smith and Howie Long?

Hall of Fame offensive tackle Jackie Slater, who played against the aforementioned trio, said Watt is as talented as White, Watt’s boyhood idol, and any other star he faced- during his 20-year NFL career.

“That guy was special,” Slater told FOX Sports. “All you had to do was watch him play against a good offensive lineman from his era, and there were times when he was literally picking guys apart.

“He had a combination of things that made him good. He was a big, aging guy who seemed like he just wanted to pass you all the time. But he had the ability to dodge you, get his hands on you and run. you . And I like to think that some of his footwork was coached. I like to think that he often thought about how many steps he would take if he made guys lean forward here or there. He’s one of the best of his day.

“I had some sleepless nights in my day the night before a big game going up against guys like Reggie White and Mark Gastineau. That’s the kind of pressure those guys can put on you, and JJ Watt fits the bill they”.

Slater not only admires Watt’s play on the field, but also all the community service work he has done off the field. Watt won the league’s Walter Payton Man of the Year Award in 2018 for raising $37 million in 19 days for Hurricane Harvey relief in Houston.

“I was very proud of him and how he helped the people of Houston when we had the bad weather down there,” Slater said.

In 2011, Los Angeles Chargers defensive line coach Giff Smith was with the Buffalo Bills and evaluated Watt coming out of Wisconsin, which included taking the first-round prospect out to dinner during a pre-visit in the draft Smith noted that Watt was a guy who could knock down passes at the line of scrimmage, but not necessarily a sack master entering the league in 2011 — he had just 11.5 sacks in two seasons with the Badgers.

Smith was subsequently impressed with how hard Watt worked at his craft and became one of the best running backs in football.

“He’s definitely on the all-time list when you start talking about defensive linemen,” Smith said. “He changed the game a little bit in terms of how he plays a 3-technique and a 5-technique, and how creative he was in his movement.

“He was so powerful and fast for a big man, with long arms. There are certain generational players that come up, and he’s one of them. When you talk about the great defensive players in the NFL game, you’re not going down. one hand when you start talking about where JJ falls.”

Chargers defensive lineman Morgan Fox said Watt is one of the players he has tried to emulate since entering the NFL as an undrafted rookie with the Rams in 2016. Fox also had the opportunity to work out daily with another all-time great in Donald and appreciates the mentorship both players provide to the younger guys coming into the league.

“In college, I had a really good teammate, and he told me there were two guys you should watch: Aaron Donald and JJ Watt,” Fox said. “Just watch what they do and learn. JJ Watt is one of those guys synonymous with greatness in this league. Any team he’s been on, he’s the guy. He disrupts games.

“To be able to play at the same time as a guy like that and watch him, it’s been great … Being around AD (Donald), the way he plays and the way he works. And everybody’s seen how JJ works, it’s a testament to guys like that and Aaron because they work harder than anybody in the room. They’re not just good, and then they go home and hang out. They work harder. They stay later. They’re the ones who leave first. They watch more film. They lift more weights. So having those guys in the league and being around a guy like Aaron raises your game to try to match theirs.

“And that in my eyes is how they measure greatness, how they raise the level of play of everyone around them.”

By this measure, and so many others, Watt is one of the greatest.