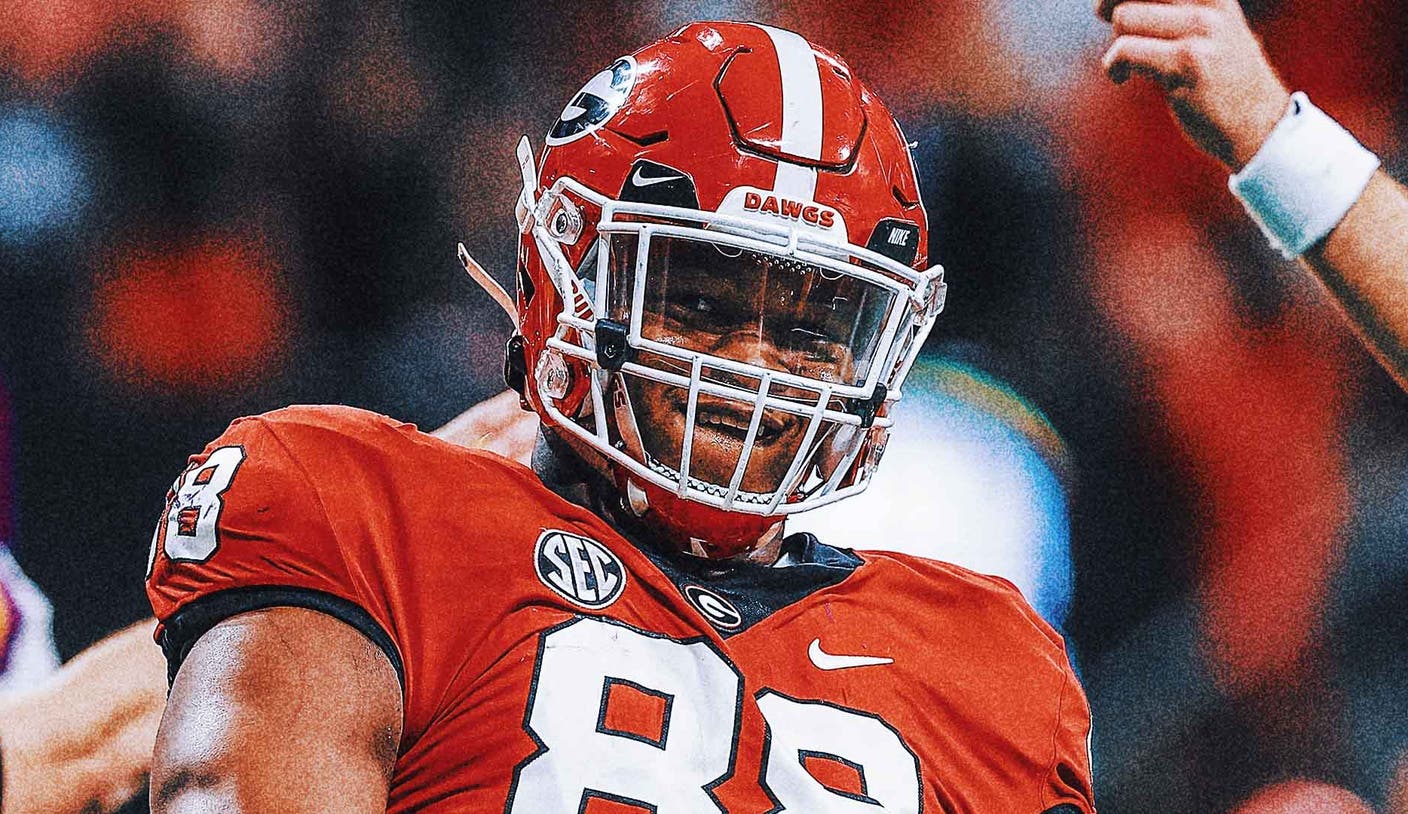 He knows he’s about to line up with one of, if not the best the the best players he has ever faced.

Georgia’s star defensive end Jalen Carter will play a big role Monday as his team tries to defend its national title against TCU at SoFi Stadium. Carter is a 6-foot-3, 300-pound disruptive force in the middle of the Bulldogs’ defense who could end up being the first overall pick in this year’s NFL draft. A monster game on college football’s biggest stage would only make his case better.

“I mean, the guy is so powerful,” Duggan said on Saturday morning’s media briefing. “He’s so big. He’s fast. He’s edgy. And he just causes a lot of problems for a lot of teams. We’ve got to make sure we’re aware of where he is and make sure we have him marked. Because we know he’s going to be a big challenge for to us”.

Carter was a big challenge for Ohio State in the College Football Playoff semifinal in the Peach Bowl last week. But the Buckeyes found ways to neutralize him and limit his impact. Carter had just one tackle on 52 snaps, and quarterback CJ Stroud, who is not known for his mobility, became slippery enough to elude Georgia’s indomitable force. Ohio State also used double teams and a mobile pocket to frustrate the Bulldogs and keep Carter away from Stroud.

Duggan is more agile than Stroud, but can the Horned Frogs’ offensive line keep Carter at bay for four quarters?

“I don’t think you can neutralize him,” TCU center Alan Ali said. “He’s going to make plays. He’s a great player. But I think we can come together as an O-line and get the stops that we need to make. Because he’s going to have his moments, but we’re going to have our moments as well. .”

Carter was Georgia’s most experienced defensive player returning from last year’s national championship-winning team and has been one of the most dominant linemen in college football this season. While he didn’t lead in any statistical category, his presence alone commands the attention of multiple offensive linemen, freeing up other Bulldogs to make plays.

Carter also dealt with a nagging ankle injury for more than half the season. He missed two games and came off the bench in four others, but described himself as “100 percent” before the Peach Bowl.

“You know how special it is,” Duggan said. “You see everything he’s done and you know where he’s been projected [to be drafted] Right Now.

“He’s a stud and causes so many problems for opposing lines and offensive teams. He’s so impactful, whether it’s him making plays and causing disruptions or him double-teaming and allowing other guys on his defensive line.” .

Can Georgia be back-to-back champions?

TCU senior left guard Steve Avila isn’t fazed by Carter’s reputation. Especially not after the way the Frogs handled Michigan’s defense in the Fiesta Bowl. The Wolverines entered this game with the Big Ten’s top-ranked run defense, to which the Frogs responded by rushing for 263 yards and three touchdowns despite losing star running back Kendre Miller to an injury in the first half. Meanwhile, Georgia has the nation’s best rushing defense, holding opponents to 3.0 yards per carry and just six rushing touchdowns in 14 unbeaten games. Ohio State could only rush for 119 yards and one touchdown in the CFP semifinal.

“We know he’s a good player, but we treat him like any other opponent,” Avila said of Carter. “We know he’s very, very good, but so are ours.

“I’ve gone against really good players and I feel like he’s another one.”

Aside from Carter, Georgia’s defense is loaded with future NFL talent, from Chris Smith to Smael Mondon to Kelee Ringo and Mykel Williams, who combined for 25 tackles, 2.5 tackles for loss and two sacks against the Buckeyes.

And Duggan knows his offense has to take advantage of any opportunity it gets. The Frogs simply need to execute and try to establish the run game on Monday to have a shot at pulling off a major upset.

“They know what they’re doing,” Duggan said. “There aren’t many teams as talented or as disciplined as these guys. They fly around the ball, they’re quick and powerful. They’re everything you want in a team. There’s a lot of people who maybe only have one of those. shots [on their defense]but they have them all.

“So it’s going to be a big challenge for us to make sure we execute and do our job, we don’t get behind the posts or give them momentum.”