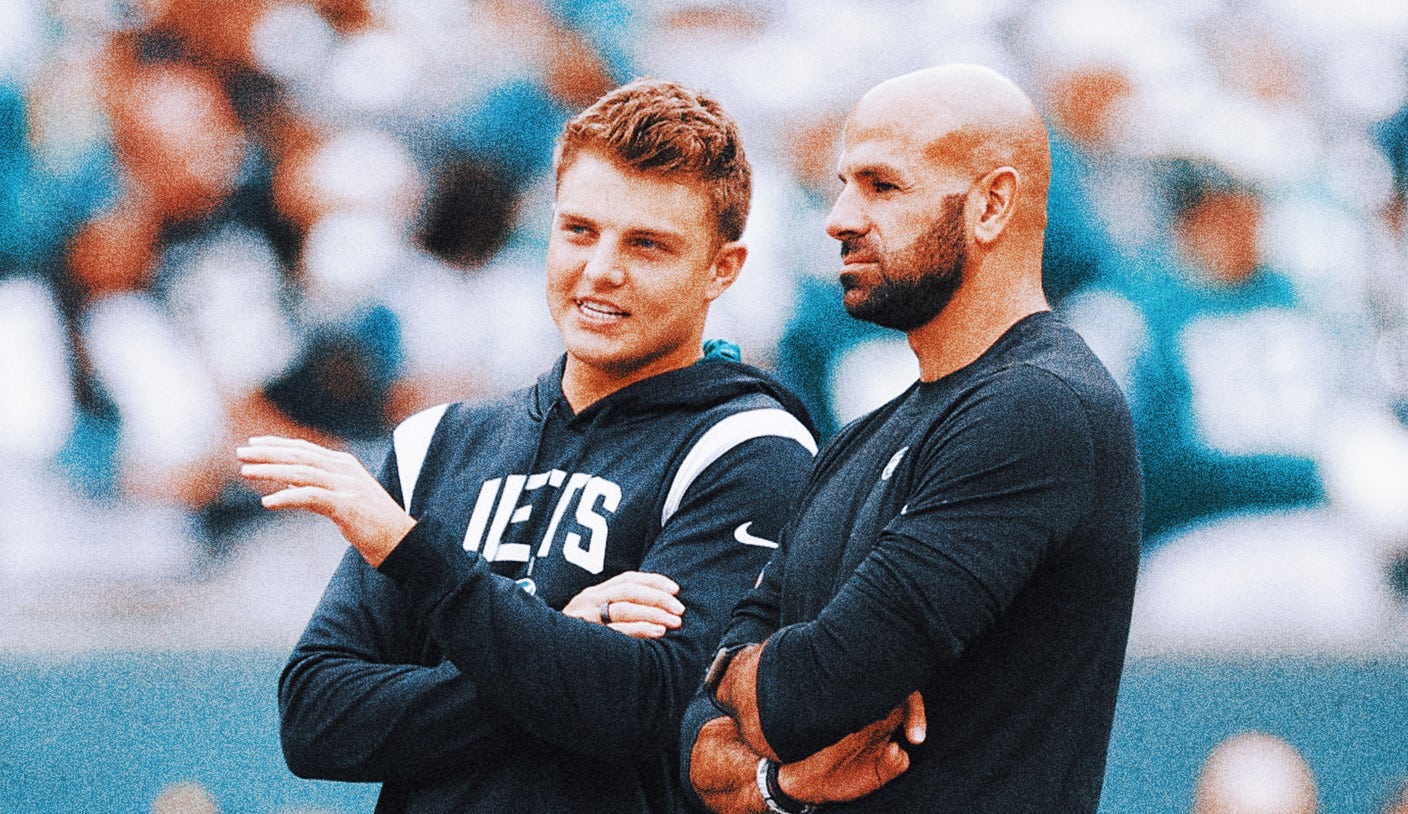 If the New York Jets were in a true rebuilding year, quarterback Zach Wilson’s struggles wouldn’t have mattered as much. If the Jets were as bad as most expected them to be, New York might not have had such a wild year at quarterback.

But coach Robert Saleh was under pressure to find a solution at QB, even if it was a short-term option like Mike White, or, heck, Chris Streveler. Saleh wanted to do everything he could to get his team to the playoffs, because this team was playoff worthy in every way except at quarterback. But quarterbacks lift and sink ships in the NFL. And the Jets collapsed.

Even so, the year must be considered a success.

There’s no doubt that the Jets have an immensely difficult path to long-term success. New York needs to bring in an offensive coordinator with a strong track record, with the Jets firing Mike LaFleur last week. It’s unclear if they’ll make a move at quarterback, but in my opinion, the Jets need to find someone who is at least average. They need the 16th best quarterback in the NFL, or better. They can find that guy this offseason. And while White had moments of promise, he didn’t seem like a sure thing to develop into a starting-caliber talent.

But it’s actually a solid problem. Because it seems like one of their only problems.

The Seahawks ended the Jets’ playoff hopes with a 23-6 win in Week 17. Colin Cowherd evaluates both teams, explaining Seattle’s formula and what the Jets should do with the QB position moving forward.

The Jets have built a respectable team through their recent draft and free agency classes. They have obvious franchise cornerstones from the 2022 draft class: cornerback Sauce Gardner, wide receiver Garrett Wilson and running back Breece Hall. They have former first-rounders stocked on their offensive line in Alijah Vera-Tucker and Mekhi Becton (even with their injury concerns). And they have first-rounders on their defensive line in Quinnen Williams and Jermaine Johnson.

The Jets’ recent drafts haven’t even been exceptional, necessarily. But they’ve been good enough to complement free agency additions like linebacker CJ Mosley, cornerback DJ Reed and tackles Duane Brown and George Fant. Edge defender Carl Lawson has also had his moments. New York had a great offseason, and here’s the kicker, the team didn’t come out looking foolish. Offseason after offseason, teams kick themselves for spending as much as the Jets did. But the Jets seem to have found some very important pieces for their team.

GM Joe Douglas has built a respectable team that has the right mix of young and experienced talent. He’s built a team that won about five more games than it should in 2022. And the Jets did it in a competitive AFC East division. Maybe they faded at the end of the season. But each of those teams was in the mix to make the postseason as late as Week 16. And the other three teams went into Week 18 in the hunt for a playoff spot (Dolphins, Patriots) or the of serial number 1 (Bills). . It’s impressive that New York stayed competitive.

The Jets have faced criticism this year, considering how Wilson has struggled. They have also faced shame. But the fact that they were relevant showed that they were ahead of schedule. They showed they could compete for the playoffs in a year where they were supposed to be in the mix for a top-five draft pick.

So now comes the hard part.

Douglas and Saleh had a chance to succeed in a year when few thought they could. They had a chance to be underdogs. Although this is not easy, it has its advantages. And in 2023, everyone will see the Jets coming. The difference for next year? They should have a quarterback. New York will have numerous QBs to choose from in free agency, potentially starting with Jimmy Garoppolo, Tom Brady and Lamar Jackson.

The Jets currently have negative cap space through 2023, according to OverTheCap.com. So, this offseason will start with some head-scratching and contract restructuring. Douglas can then focus on retaining talent and, if the right quarterback is available, move money to get his contract under the salary cap. But with a cap hit in 2024 ($116 million), New York can restructure its long-term contracts to create room to spend more freely in March. I suspect the Jets will, if they want one of those free agent quarterbacks, and maybe even a possession receiver like Jakobi Meyers or JuJu Smith-Schuster.

Even if they stick with Mike White for next season (and move on from Wilson), White would have to improve in the offseason with a full spring and summer to take the starting role, with the full attention of the coaching staff to develop it. If the Jets add a quarterback or develop White properly, they will have playoff expectations by 2023.

It will be fascinating to see if they exceed those expectations, just as they did this year.