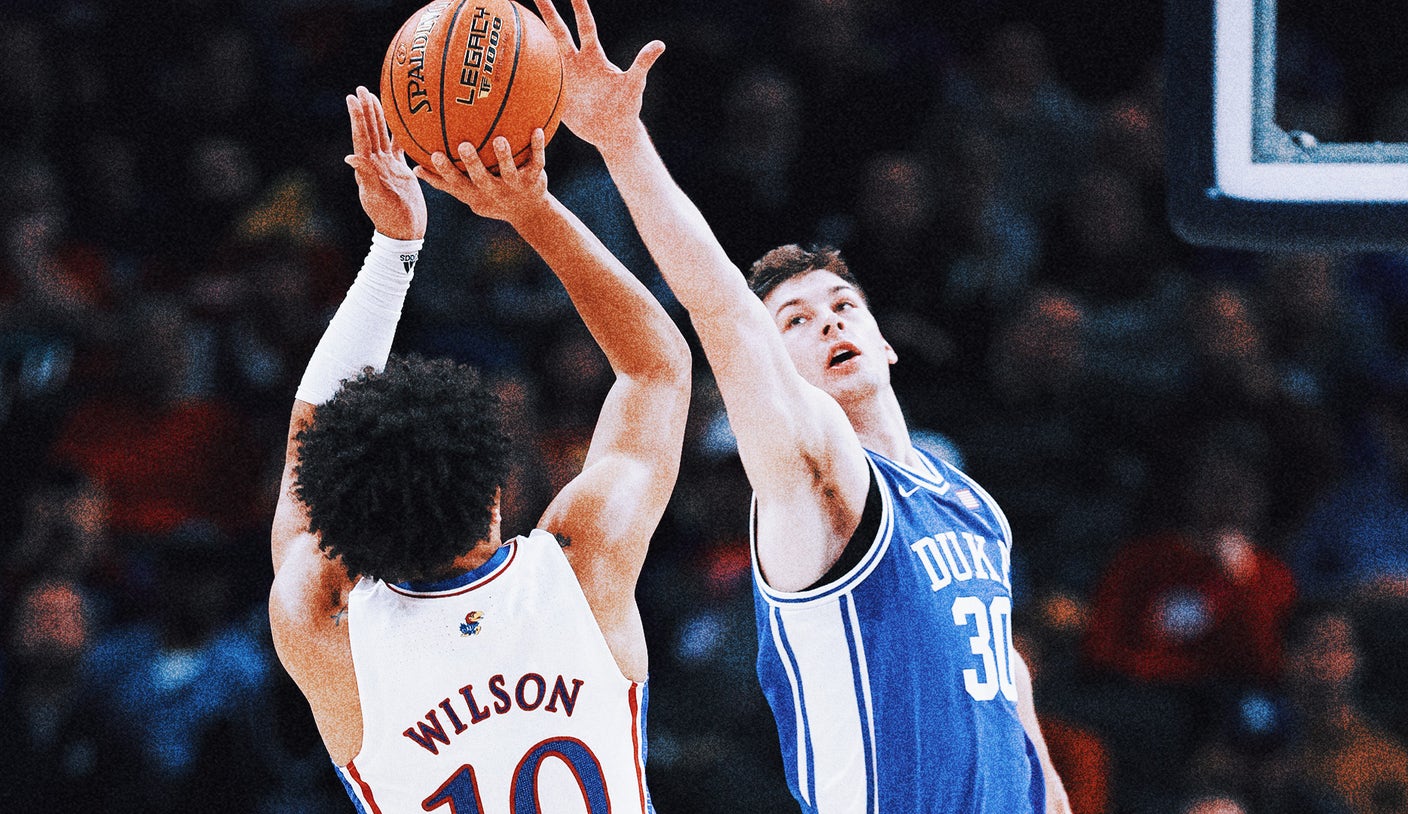 Jalen Wilson scored a career-high 25 points and Gradey Dick made three crucial baskets in the final 2 1/2 minutes to lead No. 6 Kansas past No. 7 Duke 69-64 on Tuesday night .

The defending national champion Jayhawks (3-0) extended the nation’s longest active winning streak to 14 games. Wilson also had 11 rebounds as coach Bill Self missed his third straight game due to a school-imposed suspension stemming from a 2017 misconduct scandal.

Duke (2-1) was led by Kyle Filipowski, who had a season-high 17 points and 14 rebounds to become the first player in school history to record double-doubles in each of their first three games. Marvin Bagley III was the only other player to do so in his first two games. Jeremy Roach had 16 points as new coach Jon Scheyer lost his first game.

Kansas was pushed to the limit in a back-and-forth game. It trailed 59-54 after Filipowski’s layup with 4:39 to play before they finally rallied.

They traded leads with Duke on three straight possessions, taking the lead for good on Dick’s alley-oop dunk with 1:40 left. Kansas sealed the win with a layup with 22.2 seconds left to make it a five-point game.

Report from The Associated Press

Get more from college baseball Follow your favorites for information on games, news and more