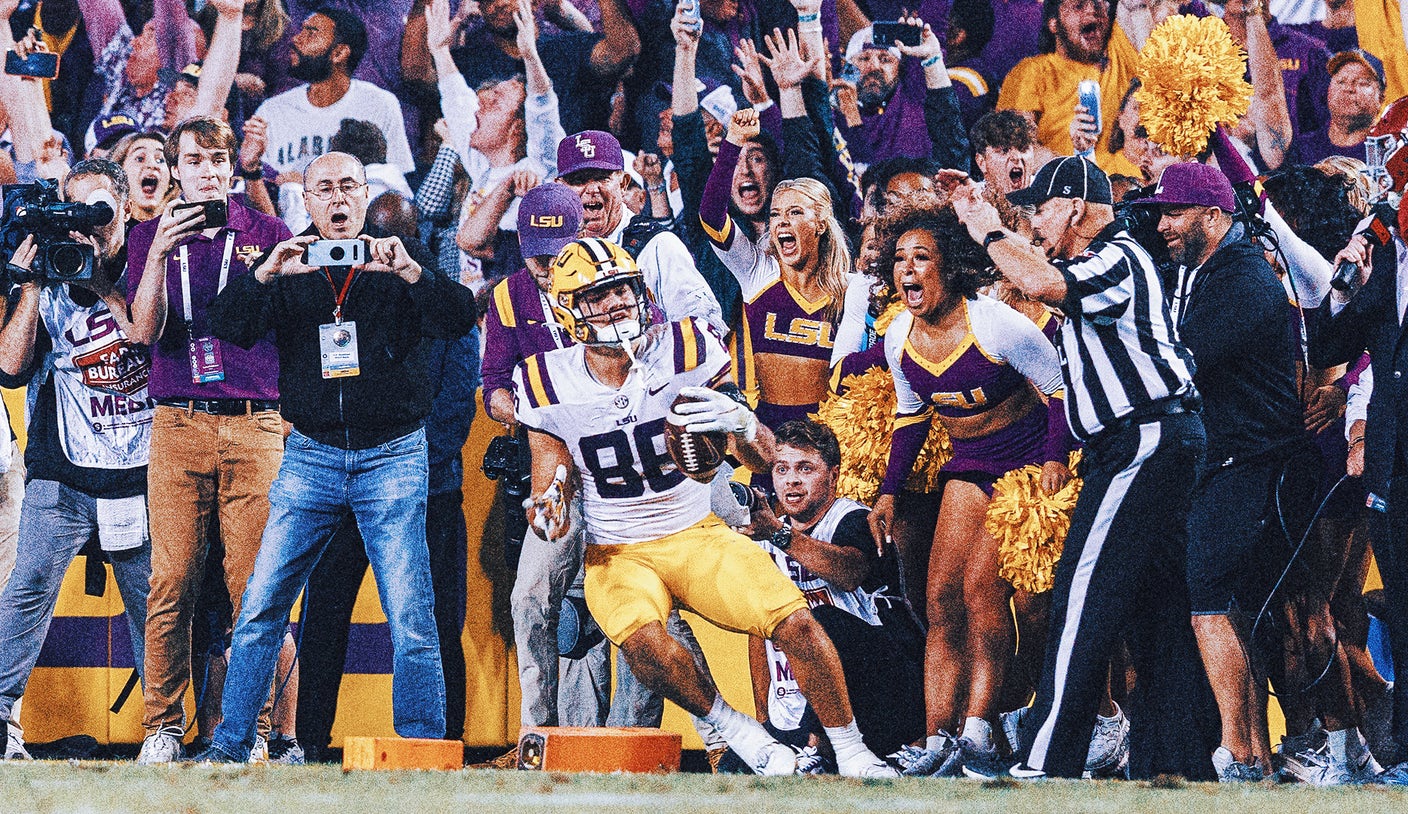 It was a great weekend to be an LSU fan and a part of the Taylor family.

LSU freshman tight end Mason Taylor, son of Pro Football Hall of Famer Jason Taylor and nephew of “Speak” co-host Joy Taylor, was the Tigers’ No. 10 hero in his stunning upset of No. 6 Alabama in Baton Rouge, Louisiana on Saturday.

Mason caught a crucial touchdown pass from LSU quarterback Jayden Daniels late in the fourth quarter, then hit the game-winning two-point conversion in overtime after the Tigers’ head coach in the first year, Brian Kelly, opted for the win. It was the first time the Tigers beat their SEC rivals at home since 2010.

The catch and the ensuing field storm rocked Tigers Stadium, literally. The jubilation of Tigers fans caused minor tremors to register on the LSU School of Science’s internal seismograph.

And as he watched from afar, Mason’s aunt Joy shared that jubilation, as did Speak co-host Emmanuel Acho.

That elation hadn’t worn off when Joy Taylor and Acho returned to the Speak set on Monday.

“I’m sorry for the people in the bar I was at, actually I’m not sorry at all,” Joy said. “I was going crazy… I cried my eyes out. Auntie was losing her mind.”

“This is truly an incredible moment,” Joy said. “This is all time [memory], as for the rest of your life. You beat Alabama.”

The win moved the Tigers up eight spots in the AP Poll to No. 7, their best ranking since starting 2020 at No. 6.

LSU, enjoying a surprisingly resurgent first season under Kelly, appears poised to climb higher in the College Football Playoff rankings when the next edition of the list is released on Tuesday.