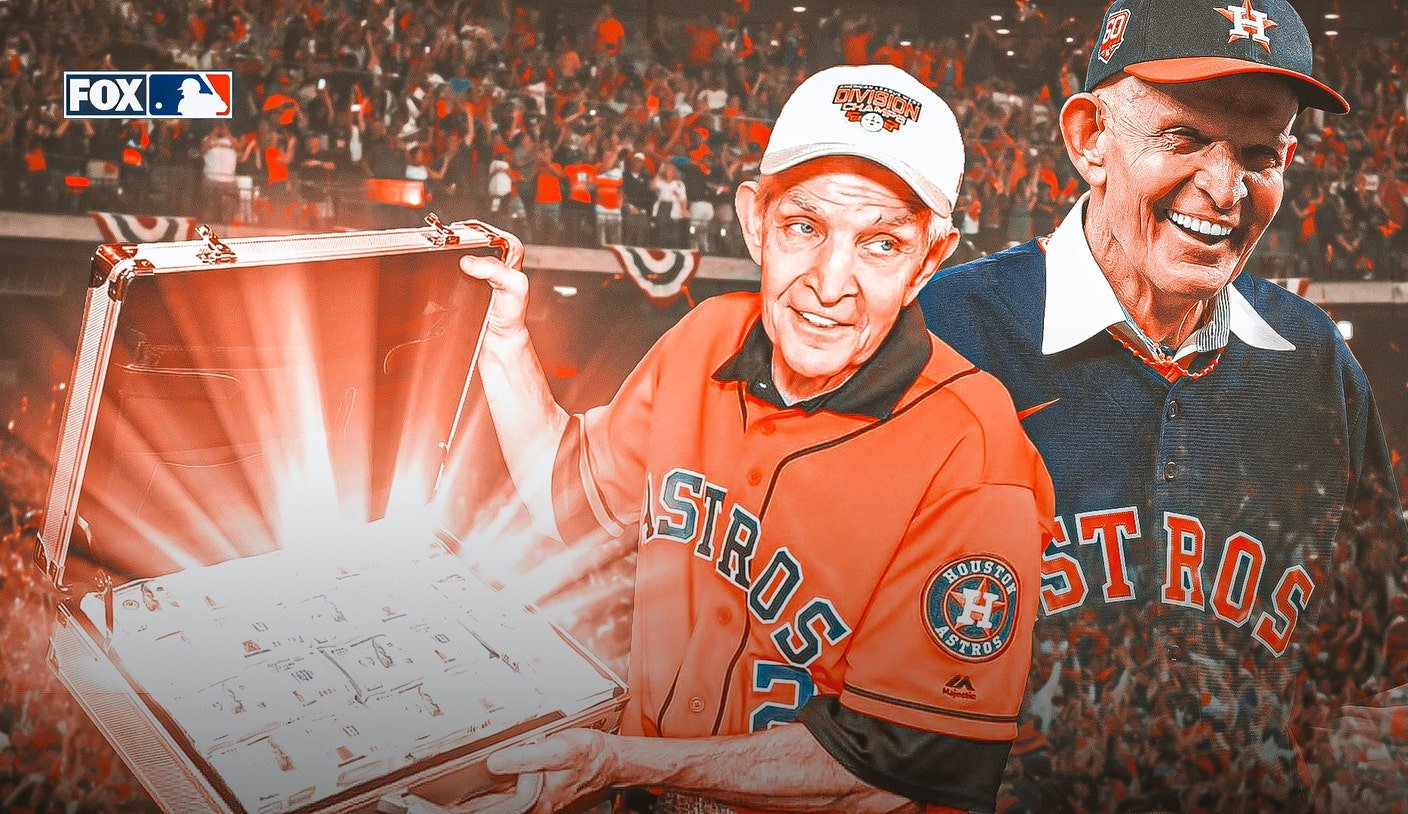 On Thursday night, Jim McIngvale headed to Las Vegas. And when he got here, he decided he needed some money to walk around, like most people do when they hit the Las Vegas Strip.

But unlike most people, he didn’t have to find the ATM. Rather, his money was waiting for him in a pair of vaults from two of the biggest sports betting operators.

Oh, and it was a little more than walking money. It was a sportsbook record payout for his World Series bets.

McIngvale, the Houston furniture store owner better known as Mattress Mack, was in Las Vegas to collect his winnings from betting on his beloved Houston Astros in the World Series odds market. Specifically, he cashed a ticket with BetMGM on a $2 million bet at 5-1 odds and cashed his massive $3 million bet at 10-1 odds with Caesars Sports.”

“We started at MGM, we had the big check [at Aria] for 10 million dollars. Then we went to Caesars Palace and got the big check for $30 million,” Mack said in a Friday morning phone call. “Then at 3 a.m. BetMGM was kind enough to open the [casino] cage and get the $10 million in cash. We did some promotion with it and then gave it to an armored truck company. They took it out and credited it to our bank account.”

As Mattress Mack has done in years past, it ran a bedding promotion in its furniture store. Customers who participated in the promotion, with a purchase of at least $3,000, would get their money back if the Astros won the World Series. Customers who participated in the promotion early in the MLB season would receive double their money back.

To cover his liability in the promotion, McIngvale placed the aforementioned wagers, along with some $1 million-plus plays ($10 million in total wagers) with other sportsbooks. Next up for Mattress Mack is getting that $75 million in earnings paid out to all of its customers. A total of 7,000 customers participated.

As exciting as it would have been for almost everyone else, the one thing McIngvale wanted least was a Game 7 in the World Series. With the Phillies down 1-0 in the middle of the sixth inning of Game 6, that became more of a concern.

“Knowing the Phillies were the comeback kings, with so much money on the line, I was hoping the Astros could end it in Game 6,” McIngvale said. “It was a great game. The Astros were down 1-0, then Yordan Alvarez hit a three-run homer. My store is about 7 miles north of the ballpark. He hit the ball so hard that almost ended up in my parking lot. a lot.”

Of course, that’s a slight exaggeration, but it ended up flying over the center field wall. Houston took a 3-1 lead, added another run in the bottom of the sixth, and that held on for a 4-1 victory that gave the Astros a 4-2 series victory. And a big payday for McIngvale.

The next big bet

With his success this year and the odds of the 2023 World Series already on the table, McIngvale will certainly be back. At Caesars Sports, the Astros are the second +550 choice to win next season’s championship, behind only the +500 (5-1) Los Angeles Dodgers. Houston is also second on the odds board at FOX Bet, currently sitting at +650 to win it all.

“I’ve already started the promotion. If you spend $3,000 or more, double the money back,” he said. “I haven’t bet on the Astros for next season yet, but I will bet soon. The Astros have been to the ALCS six years in a row, so they have a very good chance to make another run at We’ll see how they rebound next year it comes”.

And we’ll see if Mattress Mack loads up again next fall with another wheelbarrow full of cash.