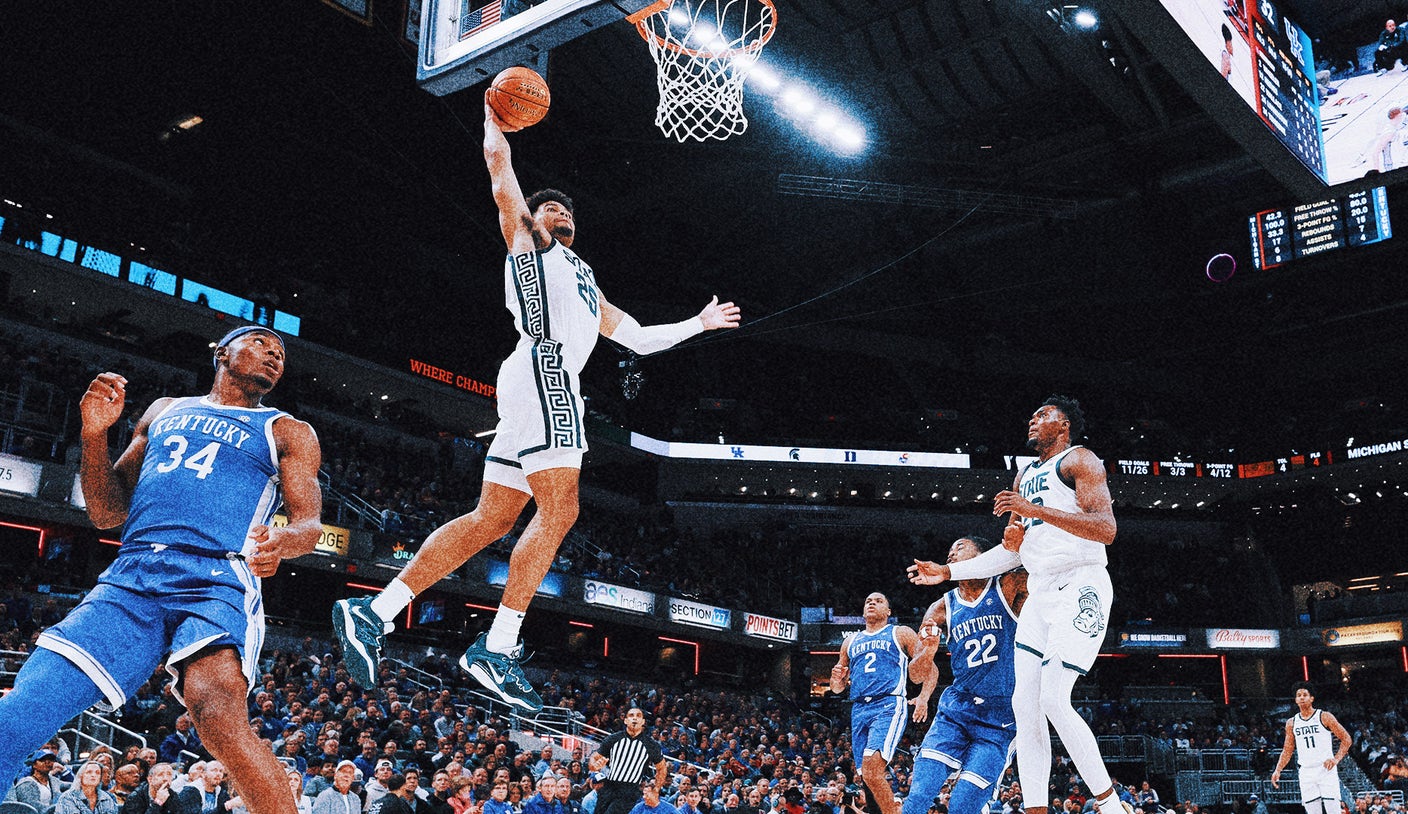 Tshiebwe, the consensus national player of the year last season, had 22 points and 18 rebounds for the Wildcats (2-1) before picking up his fifth foul late in the first overtime.

Michigan State (2-1), coming off a one-point loss to No. 2 Gonzaga on the deck of the USS Abraham Lincoln, appeared headed for another tough non-conference loss in this matchup of the Champions Classic. But the Spartans tied the game in the final seconds of regulation and overtime thanks to Hall, who finished with 20 points.

Joey Hauser scored 23 points and Mady Sissoko had a game-high 16 points with eight rebounds for the Spartans, who spent most of the second half playing catch-up. But with Tshiebwe on the bench, Michigan State closed out the game by outscoring Kentucky 13-1. Sissoko gave the Spartans the lead with an alley-oop slam and made another kill in the final minute.

Kentucky led 62-60 near the end of regulation when Tshiebwe lost Hall on an inbounds pass. Hall took the opportunity to sink with 3.7 seconds left.

It happened again in the first overtime when Hall broke free as the Spartans moved the ball in the front court. He went in for a layup to tie the game at 71-71 with 1.4 seconds left.

After Cason Wallace’s 3-pointer early in the second overtime gave Kentucky a 76-73 lead, the Spartans blocked Kentucky’s shooters and pulled away.