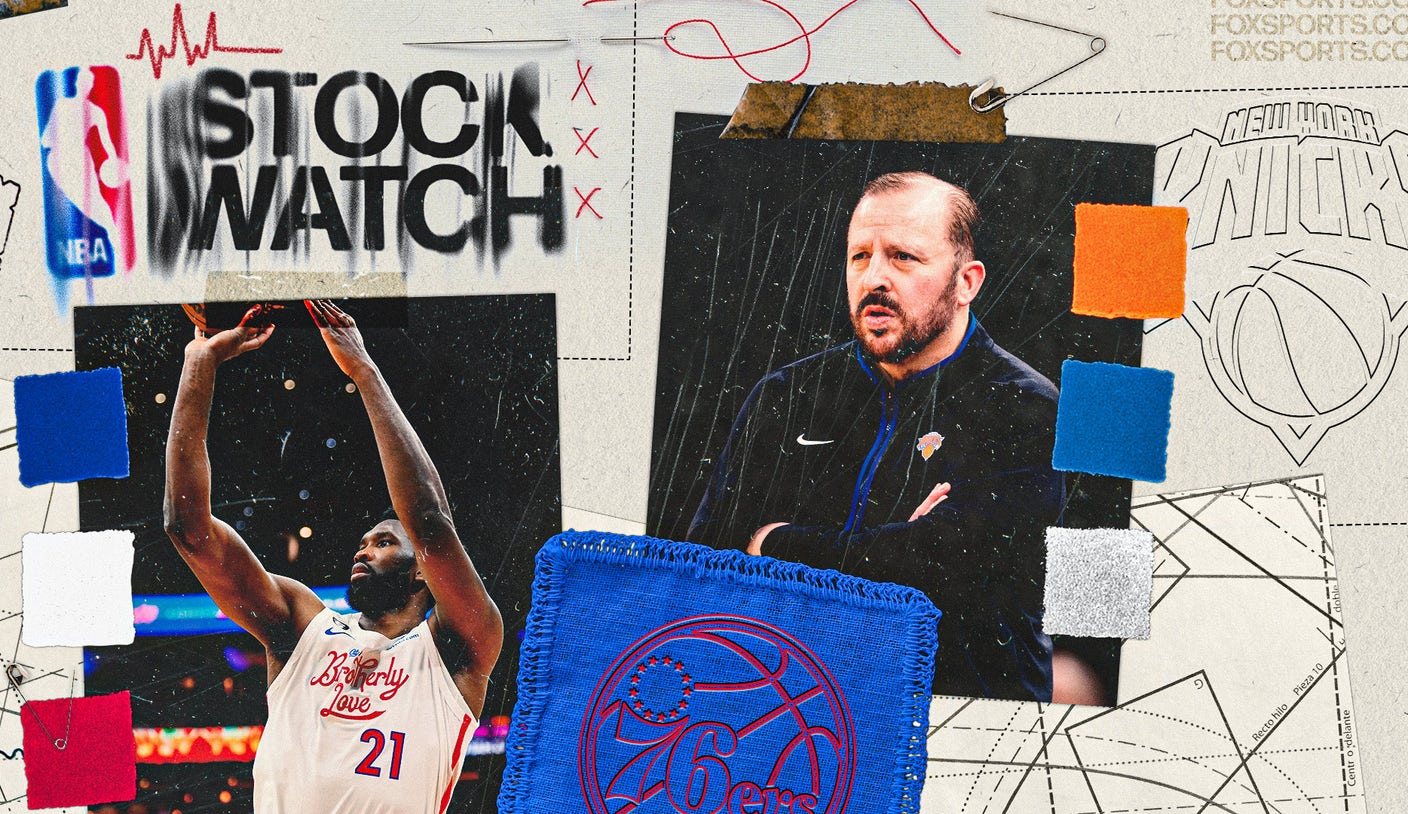 We did it, less than a week without a major NBA scandal!

So, with that in mind, it’s time for our weekly NBA stock watch.

“Raising” may be a bit of an understatement here. After a rough start to the season, one that included some lackluster performances against inferior teams, the revelation of an offseason foot injury, the flu and more losses than anyone in Sixers-land thought they’d find in the first month of the season, Embiid exploded for the best consecutive regular season performance of the year.

It started with a 42-point, 10-rebound, six-assist masterpiece Saturday night against the Atlanta Hawks, which Embiid followed up with literally one of the best box scores in NBA history:

Most of those points came in the midrange, where Embiid has now rediscovered his touch. But what should excite Sixers fans the most is the fact that Embiid looked fired up and engaged again.

He was rushing across the floor and fighting for position. His brilliant pick-and-roll defense returned. When the effort is there, no one is better than Embiid at navigating the cat-and-mouse battles that come with the baseline of a screen and dive, or sliding from the weak side.

The two wins pushed the Sixers to .500, at 7-7. Not what they were hoping for, but at least respectable, and a record that puts them just shy of the top third of the conference. The defense, after a slow start, mostly due to some historically bad transition defense, has settled down a bit. The Sixers now have the fifth-best defensive rating in the league.

The offense, however, remains slow (28th in points per game), and with James Harden out with a foot injury, it has become overly reliant on Embiid’s dominance. The Sixers clearly need Harden to get a chance to live up to any of their preseason expectations again. The question is whether Embiid can continue to play with that kind of verve when he’s playing alongside his co-star and for an offense where not every play is designed for him.

To be clear, I’m not convinced New York Knicks president of basketball operations Leon Rose wants to make a head coaching change. For one thing, Thibodeau and Rose are—or at least were—friends. Also, nothing gets a GM’s attention like firing a head coach.

If the team continues to struggle, it’s obvious who ends up on the next board.

But, fair or not, Thibodeau’s seat going into the season was already warm. There are plenty of people on the ear of Madison Square Garden president James Dolan, who, since last season, has blamed Thibodeau for the Knicks’ struggles. You can be sure that losing last week to the Brooklyn Nets by 27 and then giving up 145 points (!) to the Oklahoma City Thunder on Sunday at home! – didn’t help Thibodeau’s case.

Of course, the Knicks are 6-7, which should have been expected. But they’re also about to embark on a five-game West Coast swing where it looks like they’d be lucky to come away with a single win.

It’s important to note that the Knicks are not struggling because by Thibodeau. This list is a definition of blah. Not bad, but lacks shooting and capable perimeter defenders. Also, Julius Randle is still around. But some of Thibodeau’s substitution patterns and schemes, keeping Quentin Grimes on the bench, giving Randle more minutes than Obi Toppin, aren’t exactly helping.

Everyone is focused on the Thunder’s tank job, but what the Houston Rockets are doing is even more egregious.

The Rockets are currently 2-12, the worst record in the NBA. That, after posting a league-low 20 wins last season and 17 the season before, is also good for worst in the NBA. Even the “Process Sixers” never achieved this level of loss.

The Rockets are 23rd in offense and 28th in defense. They have some nice young players (hello, Jalen Green), but none that are really ready to contribute to wins. Bricks for Vic are in full effect!

Let’s leave aside Irving’s off-court actions and comments for now. Instead, let’s take a look at the position and how the Nets have fared since Irving was suspended:

I’m not saying the Nets are better without Kyrie. They’ve played a lot of bad teams and some opponents require more shot creation. But it is also clear that without Irving – and also with the transfer of Ben Simmons to the bench – the Nets have found more energy and cohesion. That said, it’s also clear that Nets owner Joe Tsai would like to have Irving back on the team.

I guess Ime Udoka wasn’t the key to the Celtics offense.

How good has Boston’s offense been? How about “best ever” good.

The Celtics have scored 3.4 more points per 100 possessions than any other team, a mark that would be the largest differential between the first- and second-ranked offenses in history.

the keys? One is that the Celtics are shooting 38.2% from deep, the fourth-best mark in the NBA. What makes this more impressive, however, is that almost 47% of their shots come from top tiers of the league. The other is that they have reduced their turnover rate and are sharing the ball more (they have also increased their team assist rate).

The Celtics, 11-3 and winners of seven straight, appear to be the class of the East.

Minnesota, after making that gigantic Rudy Gobert trade, is just 6-8. Things are not going well. We could break it all down, but instead, we’ll just present this metaphor for the Timberwolves’ season: