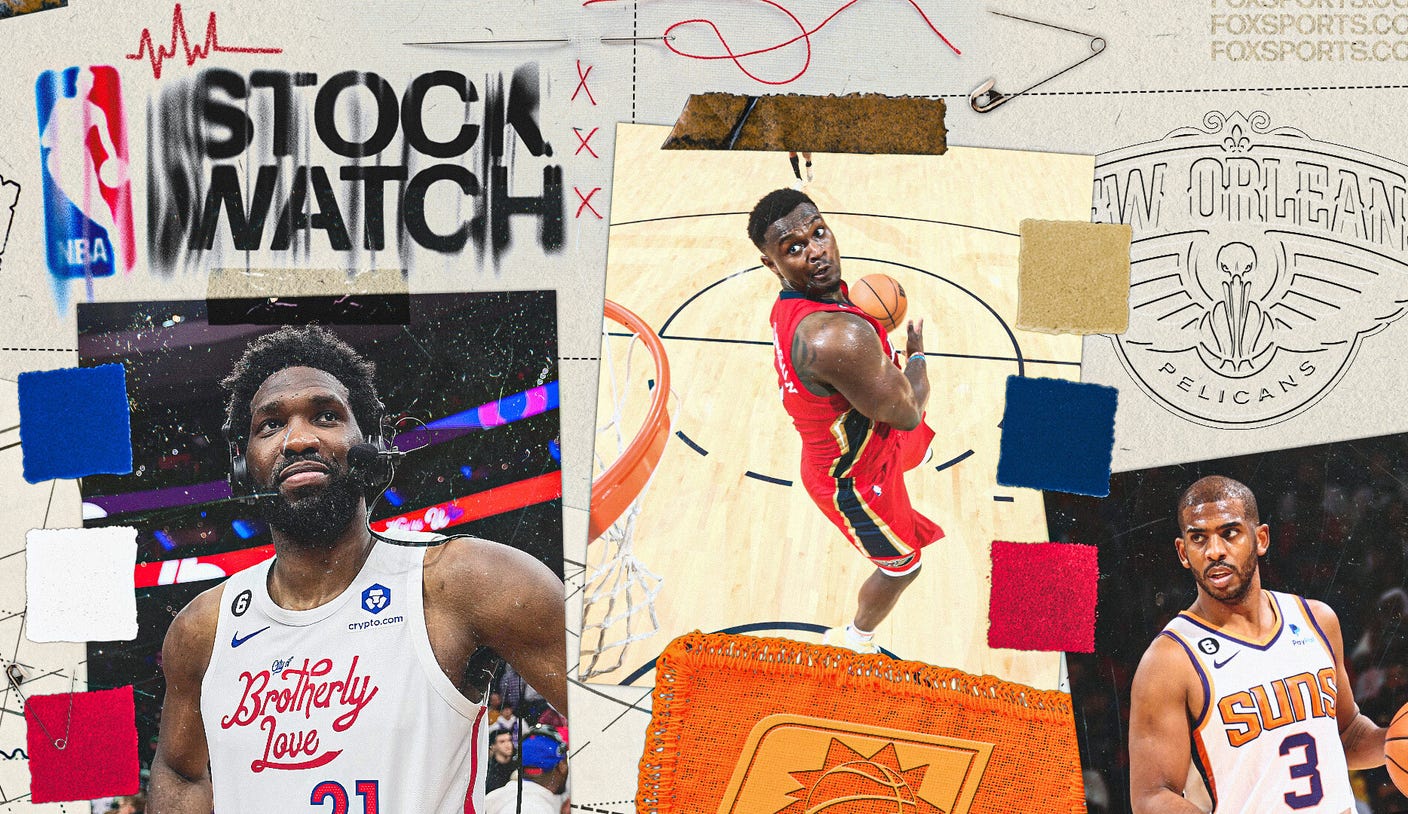 Another week, another NBA Stock Watch.

Here are the players and teams in the league that are trending up and…in the opposite direction.

As the clock expired in a game between the New Orleans Pelicans and the Phoenix Suns, Zion Williamson couldn’t help himself.

It was wide open. And he was playing against the team that eliminated his roster in the playoffs last season. At the time, he violated the league’s unwritten code that expects a player to run out the clock in the final seconds of a game when he’s not ready.

Instead, Williamson soared for a spinning windmill jam to give his team a 128-1117 victory, sending the Smoothie King Center crowd into a fit of excitement and the Suns into a fit of anger

Regardless of whether you think Williamson’s dunk was unsportsmanlike, one thing’s for sure: he’s looking damn good and he’s having fun. It’s a relief for basketball fans after Williamson missed all of last season with a foot injury and was mocked relentlessly for gaining weight during that time.

Over the past week, Williamson has shined, averaging 33 points on 70.4 percent shooting and 8.3 rebounds. He had led the Pelicans to three straight wins before Tuesday night’s loss. They are tied for the best record in the Western Conference at 18-9.

To add insult to injury for the Suns, two of the Pelicans’ wins came at their expense last week. And in both games, Williamson had 35 points.

The Suns have hit their biggest rut of the young season, losing five straight games. So far, they had not lost more than two games in a row.

They have fallen to Dallas, Boston and New Orleans twice. On Tuesday night, they lost to the lowly Rockets. Their loss to the Celtics was particularly embarrassing, with 27 points on home court.

Over their last five games, the Suns have the second-worst defensive rating (122.4, behind the Wizards) and offensive rating (107.5) in the league. To put that into perspective, on the season, they are seventh in defense (111.5) and fourth in offense (115.7).

So why the decline?

Then there’s Chris Paul, who is still working his way back from a 14-game absence due to a sore heel. In two of the three games since his return, he has scored six points or less.

Joel Embiid has long been scratching his head as to why he has never won an MVP award. For the past week, those who have seen him play are scratching their heads for the same reason.

Embiid has scored at least 31 points in each of his last five outings, capped by a sparkling 53-point, 12-rebound performance in Sunday’s win over Charlotte.

Embiid has also kept the 76ers competitive despite the significant absences of James Harden and Tyrese Maxey due to injuries.

The 76ers are fifth in the Eastern Conference with a 15-12 record, six games behind the first-place Celtics (22-7).

The Wizards have lost seven straight games, the longest losing streak in the league.

And to complicate matters, they’re about to embark on a six-game road trip, and five of the teams they’ll play have winning records, including Denver, the Los Angeles Clippers, Phoenix, Utah and Sacramento.

The only team they will face in this stretch that does not have a winning record is the Los Angeles Lakers, who recently beat them 130-119.

It doesn’t look like things will change anytime soon for the Wizards, who have lost 10 of their last 11 games and are struggling mightily with the injury bug.

Their hope is that Bradley Beal (hamstring strain) can return as soon as possible. Beal has been cleared to resume on-court basketball activities, but the team added that his return will be determined by “his clinical progress,” which is a little too vague to be encouraging at this point.