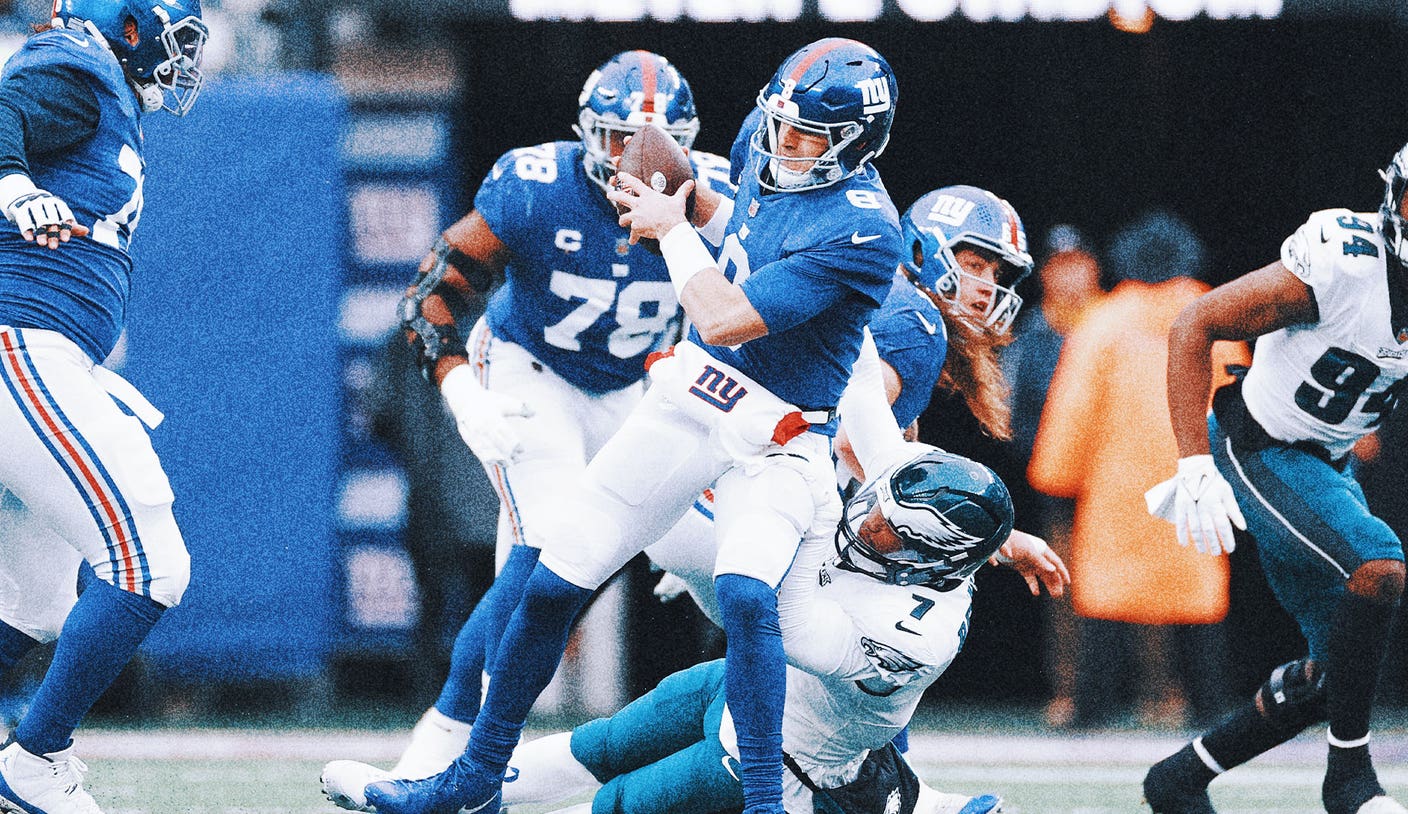 There will be no secrets or surprises when longtime rivals the New York Giants and Philadelphia Eagles play Saturday in an NFL divisional playoff game in the City of Brotherly Love.

The NFC East teams will meet for the third time in seven weeks. Philadelphia swept both regular season contests, 48–22 on December 11 and 22–16 in the regular season finale on January 8.

Here’s everything you need from a betting perspective on the Giants-Eagles game, from point spread, money line, Over/Under total and expert pick (with odds via from FOX Bet).

RELATED: The best plays of the Super Wild Card weekend

“Daniel Jones played the game of his life”

Maybe I’m being silly here, but this one doesn’t feel that complicated.

The Giants are a fantastic story. They are what people love about sports: the underdog story. Daniel Jones was counted out, and now he’s about to cash in. With an underwhelming and injury-riddled roster, New York struggled to secure a wild-card spot and ultimately a win against the Vikings. The G-Men are well-coached, don’t beat themselves, and rarely make crippling mistakes.

… Philadelphia is the superior team by far. The Eagles ended the season on a downward trend due to the injury to Jalen Hurts and other injuries to impact players. But with the extra week off, we should see a healthy, rejuvenated quarterback in Hurts. Philly finished the season ranked third in offense and sixth in defense, while the Giants finished 10th in offense and 29th in defense. The Eagles also have a huge advantage in terms of special teams efficiency.

The Eagles will also be able to exploit the Giants’ weaknesses at receiver and on the offensive line while neutralizing the Giants’ best: their inside linebackers. Philadelphia will likely be without right tackle Lane Johnson, but I would be much more concerned when the team faces the 49ers.

The Eagles will handle business in a big way.

The New York Giants are a much different team than they were at the beginning of the season. It is vital to understand that teams change throughout the year. And that’s especially true when it comes to a team with a new coaching staff installing a new offense.

From Weeks 1-8, the Giants’ offense ranked 19th in kickoff efficiency, including 29th in rushing yards/play and 25th in total offensive success.

But this Giants offense has come a long way since that first half of the season.

As of Week 9, the Giants offense ranks:

And since Week 12, the Giants offense ranks second in kickoff efficiency, behind only the Kansas City Chiefs.

What’s shockingly wild is that since Week 12, the Giants’ offense has played the second-toughest schedule against opposing defenses in the NFL.

They played six of eight games to close out the regular season against defenses ranked in the top 14, including three games against top 5 defenses. They played the second-toughest defense schedule in the NFL in that span and still ranked as the second-best offense in kickoff efficiency.

So while the Giants didn’t win as many games down the stretch as they started out winning, they were less fortunate but played even better than they did to start the season. The Giants finished the season 6-1 ATS, but only won two of those seven games.

But one thing that is certain about the Giants, given their improved offense, is that they have become a solid Over team.

With a below-average offense and offensive injuries, the Giants fell short of the total in seven of their first nine games.

But they are 7-1 in the Over in their last eight games if you remove the Week 18 game when they rested almost everyone.

No team has gone over the total at a higher rate since Week 11 than the Giants.

The Eagles have also been Over machines, with Jalen Hurts leading the way. Except for Week 18, when the Giants rested their starters, the Eagles went 9-5 in the Over.

But the important thing to realize about the Eagles during the regular season is that they often took their foot off the gas in the middle early in the season with big leads.

So his complete game totals would go under the number more often. That was the case in three of their first five games.

They scored 24 points in the first half and led 24-7 at halftime against the Vikings in Week 3 and failed to score another point in the game.

They scored 24 points in the first half and led 24-0 at halftime against the Commanders in Week 4 and failed to score another point in the game.

They scored 14 points in the first half and led 14-10 against the Cardinals in Week 5 and scored just six more points in the game.

All three games fell short of the total and involved the Eagles voluntarily letting off the gas.

I don’t think we’ll see the Eagles take their foot off the gas in a must-win game against the Giants, so I don’t think Under bettors will be lucky with a very low second half.

Another interesting dynamic with the Eagles has been their performances at home vs. to the road.

Over the past two years, no team has more games over the total when playing at home than the Eagles.

And if you exclude the Week 18 game when the Giants rested players and the Week 17 game when Hurts didn’t play, the Eagles are outscored 12-3 (80%) overall in games in home since early 2021. That also includes an Under against the Vikings this season where, as previously stated, down 24-7 at the half, the Eagles basically packed it in early in the second half and the game finished 24-7.

The Eagles have been the seventh fastest-paced team this year. And in the second half of the season, as the Giants have become more familiar with the offense, they’ve been the fifth-fastest rushing team in the NFL.

I think both teams will have enough offensive success to clear that total. I like the Over.