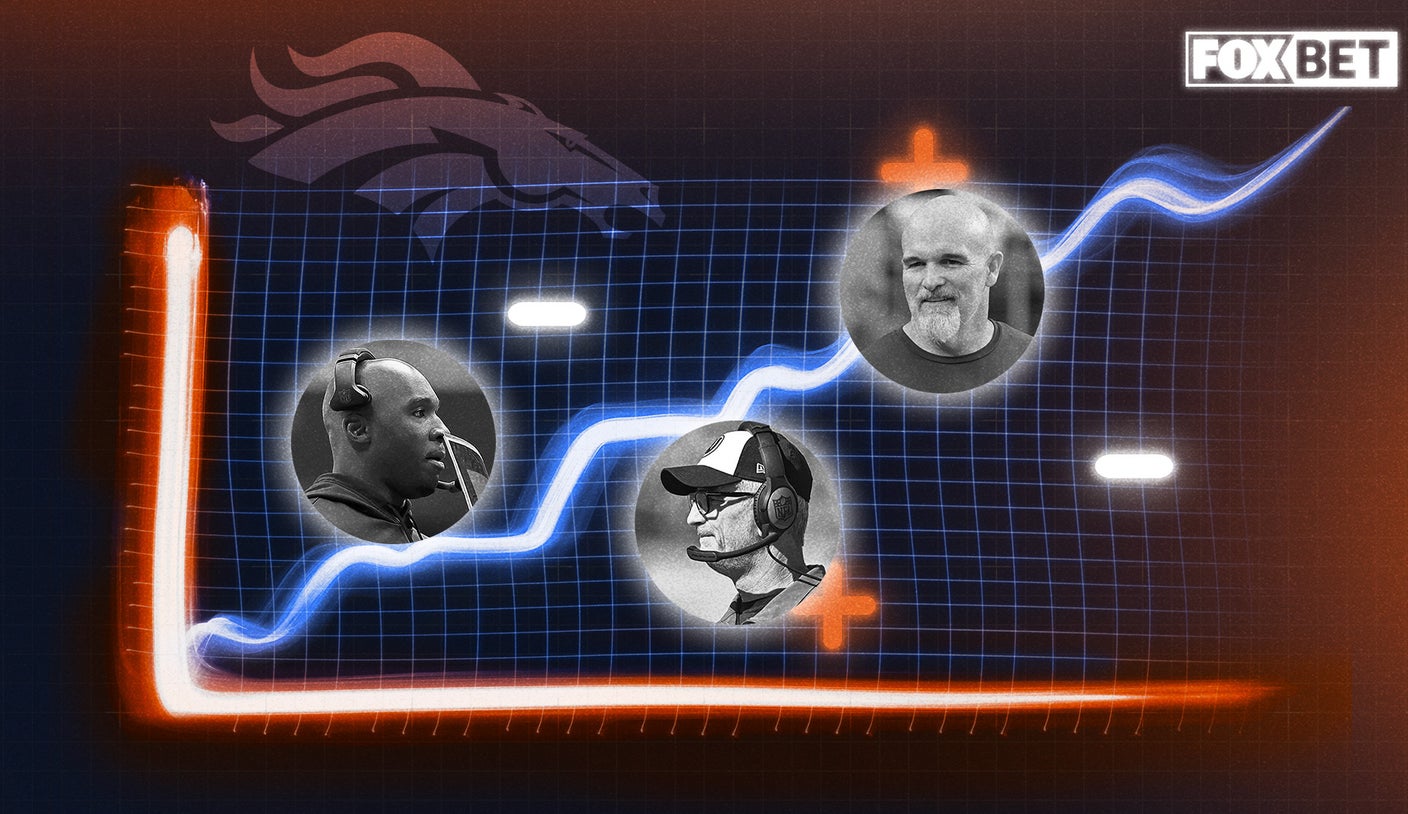 The journey is over for Nathaniel Hackett after just 15 games in Broncos Country.

The Denver Broncos fired their first-year head coach on Monday after a 51-14 blowout on Christmas Day at the hands of the Los Angeles Rams. It marks the end of a disastrous first season in Denver for quarterback Russell Wilson. The Broncos had a 4-11 record under Hackett.

The Broncos traded a package of three players and five draft picks to acquire the former Pro Bowler from the Seattle Seahawks in the spring, then gave Wilson a lucrative contract extension before the season started in the belief it would fix the issues long term of the Denver quarterback. . Instead, Wilson regressed to one of the league’s worst signal callers and drew criticism for his off-field quirks as well as his open disdain for former teammates.

Hackett was hired by the Broncos after a successful stint as offensive coordinator for the Green Bay Packers. In Green Bay, Hackett was credited with helping Aaron Rodgers to back-to-back MVP seasons. But as Denver’s head coach, he drew heavy criticism for game-management and call decisions, such as his decision to attempt a 64-yard field goal in the final seconds of Denver’s 17- 16 in Week 1 vs. Seattle.

Mark Schlereth joins the show to share his take on the situation and why Hackett never had any control over his star quarterback Russell Wilson.

Wilson’s extension means the Broncos are likely tied to him for at least one more year, as they would be on the hook for $107 million in dead salary cap space if they tried to release him before the 2023 season. The new group of Broncos ownership along with president of football operations John Elway and general manager George Paton have a herculean task ahead of them. They need to find a new coach who can revitalize Wilson’s career and help him regain some of the playmaking ability he showed in Seattle.

Who could the Broncos turn to? FOX Bet has hypothetical odds on who could be the next head coach in Denver.

ODDS ON NEXT BRONCOS HEAD COACH*

Reich, the former Indianapolis Colts head coach, seems like a solid fit on paper. He has a long history of getting the most out of veteran quarterbacks. When he was the Philadelphia Eagles’ offensive coordinator during the 2017 season, Carson Wentz had the best year of his career and backup Nick Foles led the Eagles to their first Super Bowl championship.

Reich then helped Andrew Luck get back to form in Indianapolis before Luck’s shocking retirement in 2019. With Philip Rivers under center in 2020, Reich helped lead the Colts back to the playoffs. But a reunion with Wentz in 2021 and an attempted partnership with Matt Ryan in 2022 fell through, and Reich was fired midseason.

Aside from former New Orleans Saints head coach and current FOX NFL analyst Sean Payton, the rest of the top names on the list include some of the most successful NFL coordinators heading into the 2022 season.

Did the Broncos make the right decision in firing Nathaniel Hackett?

The SPEAK hosts weigh in on whether Denver made the right decision, including what’s next for Broncos Country.

The Broncos have also performed well on the defensive side of the ball in 2022 under coordinator Ejiro Evero. But Evero reportedly turned down the interim head coaching job following Hackett’s firing, prompting speculation that he may try to pursue opportunities elsewhere.

Eric Bienemy is enjoying another strong year with Patrick Mahomes. However, it’s worth wondering if the longtime Kansas City Chiefs offensive coordinator would stop working with Mahomes in the prime of his career to try to rehabilitate Wilson.

Who do you think gets the Broncos head coaching job? Stay tuned to FOX Sports as the story unfolds!